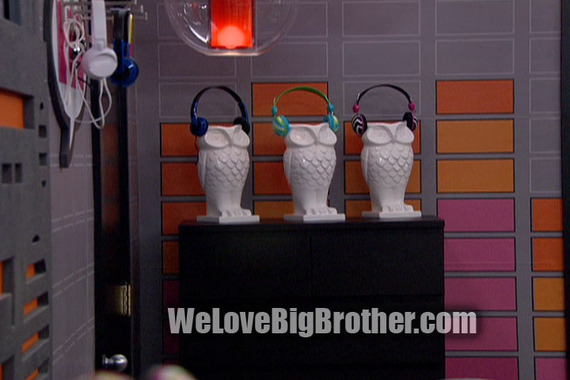 Looks like someone jumped the gun in releasing the Big Brother 14 House Images.. Every year CBS brings in various people from the media and has them participate in a day mock day in the Big Brother House. Last Friday we got word about media day and some hints about the participates. The following Monday we saw a short clip of Julie Chen “painting” a wall in the Bathroom of the Big Brother 14 House. Now Finally we get to see the whole enchilada, the entire collection BIG BROTHER 14 HOUSE PIC curtoseay of the good folks at welovebigbrother.com . 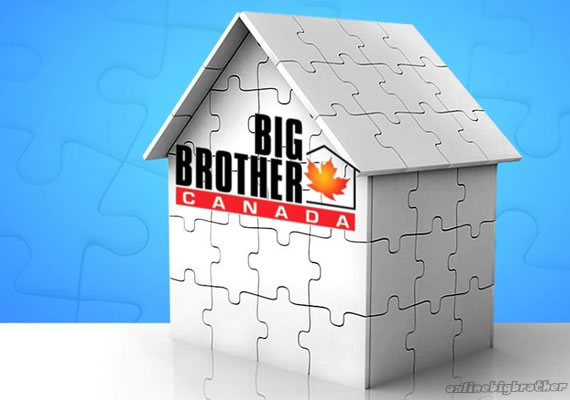 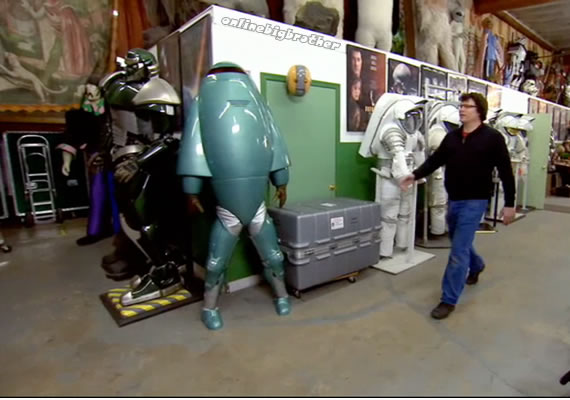 Love it or hate it the Zingbot’s future is in question. The once great Zingbot 3000 has been spotted in the back of a props room on show Hollywood Treasures on SyFy (Episode 6 Season 2 “Vampires, Swords and the Queen of the Night”). The power cells appear drained and there is no more sass […] 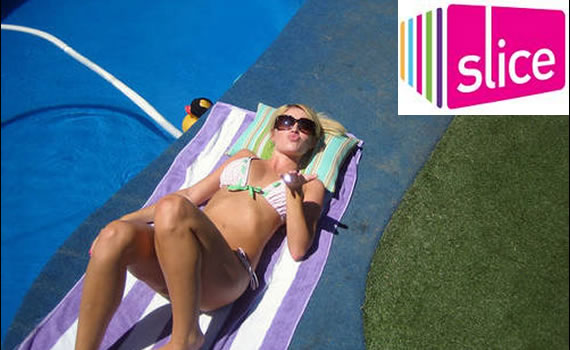 The BB14 fans in the frozen Tundra get to watch Big Brother After Dark. Shaw Media has announced that they have the rights to offer the viewers Big Brother After Dark exclusively on Slice Channel. It’s the same service that the Americans get on Showcase Sho2. Last year After Dark aired on Rogers Digital VIP Channel 67 since Global Reality Channel has been discontinued the program is now moving to Slice.

Big Brother 14 Starts on July 12th with After Dark beginning at 12:00am EST until 3:00am. All you need to subscribe to the Slice Channel

Canada Loves Big Brother, They get the live Feeds (** early bird special save 25%

**), they get to vote for Food Penalties and “America’s Choice”, there is even a Big Brother US Spoilers blogs run by Canadians. All Canadians are missing now is to be able to Play Big Brother but that’s about to change Spring 2013 When Big Brother Canada premieres

In case you are unfamiliar with Big Brother After Dark. You get to watch 1 out of 4 live feed cameras for 3 hours every night. Some pretty crazy Sh!t has happened during that time slot in the past. 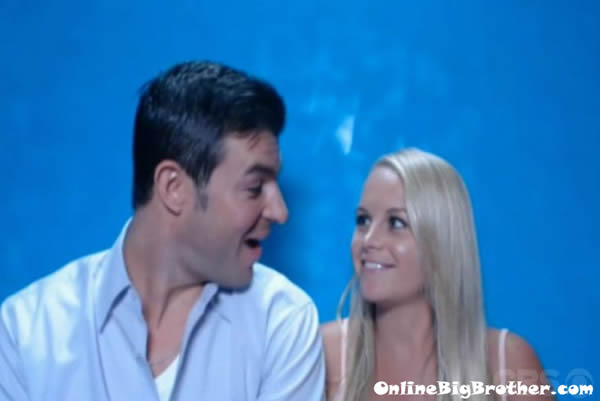 Today CBS hosted a live chat with Big Brother Alumni Jeff Schroeder and Jordan Lloyd about their new show called Jeff & Jordan Do America. The show was filmed to document their road trip across America, as they drove from Chicago to their new home in Los Angeles, California! Check out a sneak peak of their new reality TV show Jeff & Jordan Do America!
When the live stream of the chat starts Jeff and Jordan introduce themselves and their new show. Jeff messes up and starts to introduce his new show as his old show Around the World. He laughs and says wups wrong show. They then start answering questions from their fans. Below are some of the questions they answered during the live chat.

When the live stream of the chat starts Jeff and Jordan introduce themselves and their new show. Jeff messes up and starts to introduce his new show as his old show Around the World. He laughs and says wups wrong show. They then start answering questions from their fans. Below are some of the questions they answered during the live chat. 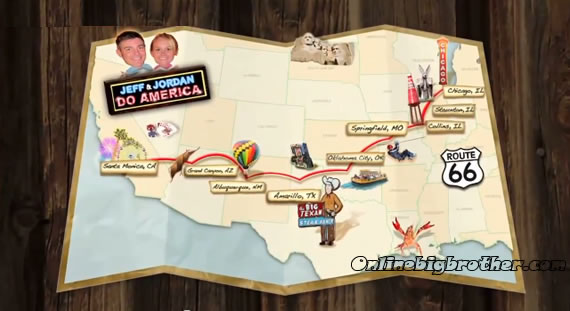 Yesterday we told you about Big Brother Alumni Jeff and Jordan’s new show and the upcoming webchat where they will answer all your quesitons. It’s being offer on CBS and it’s called Jeff & Jordan Do America. Now if you are a JeJo fan and I know many of you are then this show promises […] 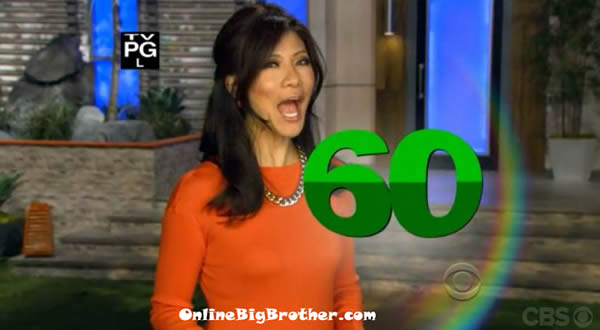 The video also show the front of the Big Brother House, yesterday we saw a short clip of Juli Chen in the BB Bathroom .. The Rumors for the season are starting to pile up but nothing close to official has been released.

I would even take these commercial “twists” with a grain of salt. it’s not uncommon for them to be completely off the mark. Every season of Big Brother has at least one Game changing shocker and 4 supersized twists could mean 4 Pandora boxes containing Jessie Godderz. Still it’s exciting that Big Brother is starting and in my opinion the crazier the rumor the better. Let us know in the comments what crazy rumor you are hearing. 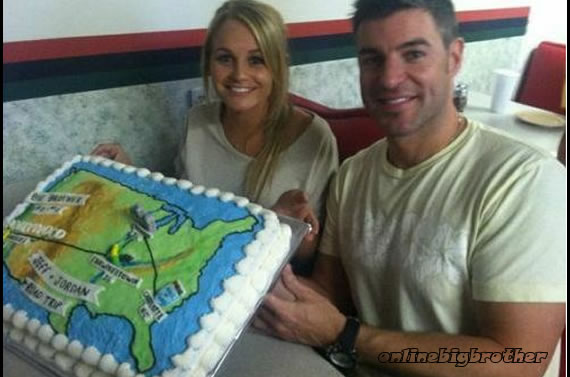 We finally find out the Show on CBSi that Big Brother Alumni Jeff and Jordan have been working on. It’s called Jeff and Jordan do America. No word on what it’s about, I’m thinking trips around America eating 72 oz steaks. The show premieres July 18th on CBS.com more details will follow.

There is a Facebook chat with the couple on Friday. They will be answering questions regarding the show and providing us with a “sneak Peak”. *Link has yet to be posted 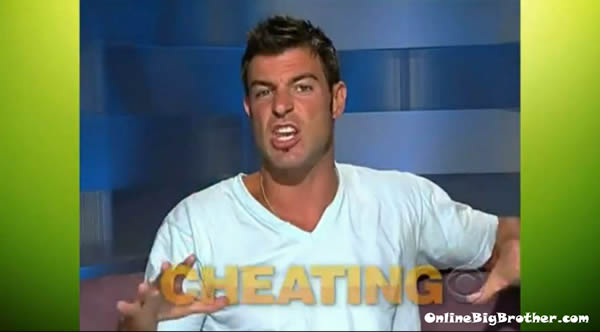 One rumor floating around about Big Brother 14 is that big brother alumni will return this season to act as “mentors” to new cast. The past big brother players could help and coach the newbies on how to play the game, what Big Brother Strategies to use and when, how to avoid Scandals & Controversy, whether or not its a good idea to have a Showmances or Flirtmances, suggest who to align with and who not to align with, how to get by eating only Big Brother Slop, how to win or throw Competitions, who they should vote to evict, what to say and how to act to get further in the game, etc. If this rumor is true it could completely change the game and give the newbies a huge advantage from the beginning. They will potentially be able to avoid making mistakes that could cost them the game. Just think of how Jeff Schroeder could coach someone on how not to get evicted during a Fast Forward / Double Eviction. 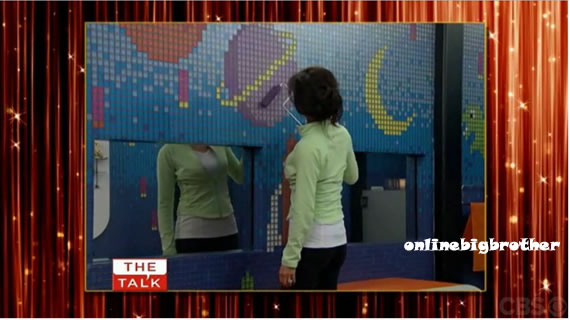 Later next week The Talk will air a special episode where they will spend the day in the big brother house. We were given a small teaser today and it shows what looks like a Space Theme for the this years house! Awesome!!

The Space theme video is from the Bathroom you can tell from the shower stall, towel rod and black beam.

Check out the BB14 Road map it outlines all the important dates for the upcoming 2012 season. The next big thing we should hear about is media day and the full house pictures. 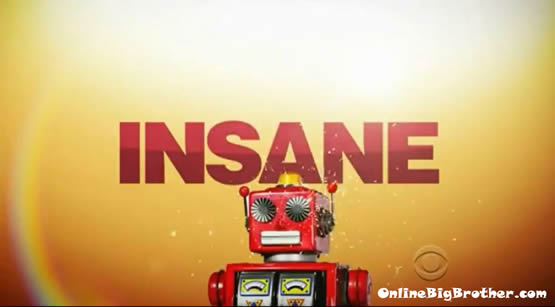 Anything Can Happen – Expect the Unexpected – POW!

This is going to be GOOD! 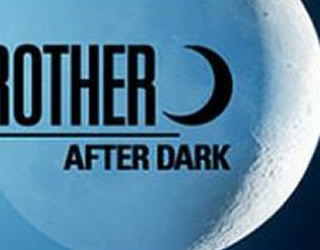 Big Brother After Dark on Showtime is on the networks official schedule. According to the schedule it starts on Friday July 13th
12:00 AM (July 12th 9:00pmPST). It’s on SHO2 and SHO2 HD.

Big Brother After Dark is a nightly 3 hour (9pm – 12am Pacific Time) block from of the live streaming video from the big brother house. After Dark lets you see one our of 4 live feed cameras

. Big Brother After Dark started on season 8 of BB and has been on for every season since that.