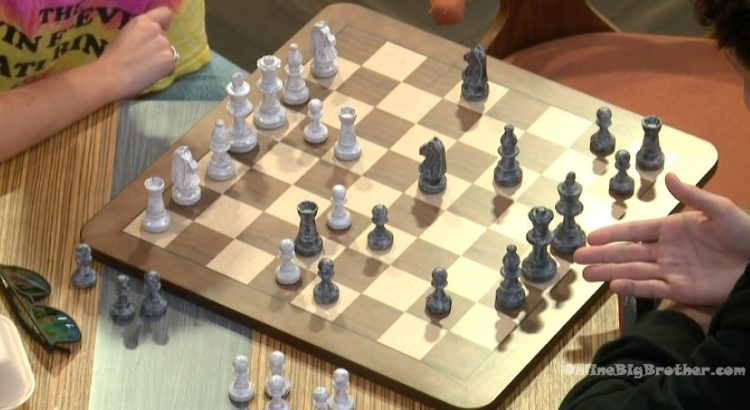 6:34pm – 10:42pm Big Brother blocked the feeds for Part 2 of the 3 Part HOH Competition. Cody beat Enzo in Part 2, he will now move on to compete against Nicole in Part 3 on the Finale.

Nicole and Cody are playing chess on the kitchen island. Cody is teaching Nicole how to play chess. Its obvious that Part 2 HOH ended awhile ago and the feeds only just came back. 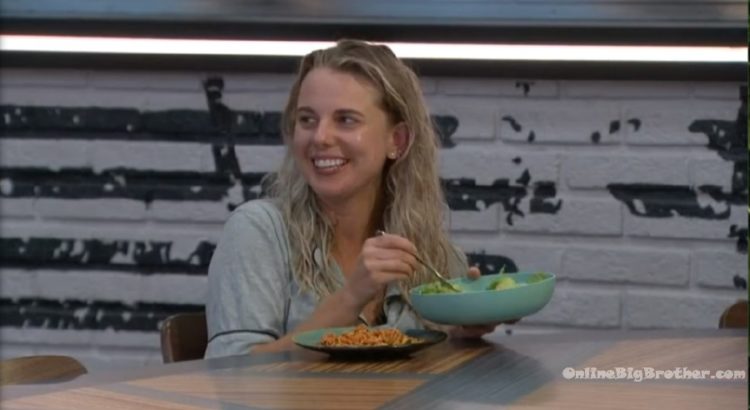 10:36pm The live feeds return. Enzo talks about how the spinning really got to him. That moon made fall into sit down. Cody – hitting that thing spinning 180 miles an hour every single time .. why is he just grazing it and I am getting dragged by this thing. Enzo – what was that thirty? Thirty five minutes!? Cody leaves to shower. Enzo to himself – That’s it! I have to move to comp two! Enzo – This is it. This is my destiny now. This is my fate. I’ve got to beat Cody. Enzo leaves to shower next. Nicole and Cody chat about the comp. Cody – you won the first HOH. If I was in your spot I would be f**king hyped! 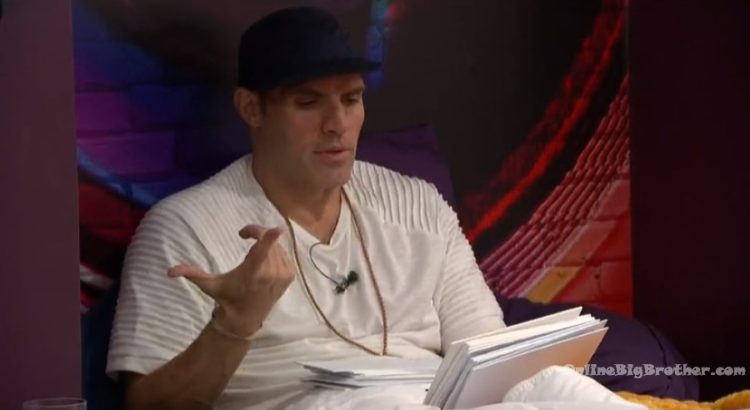 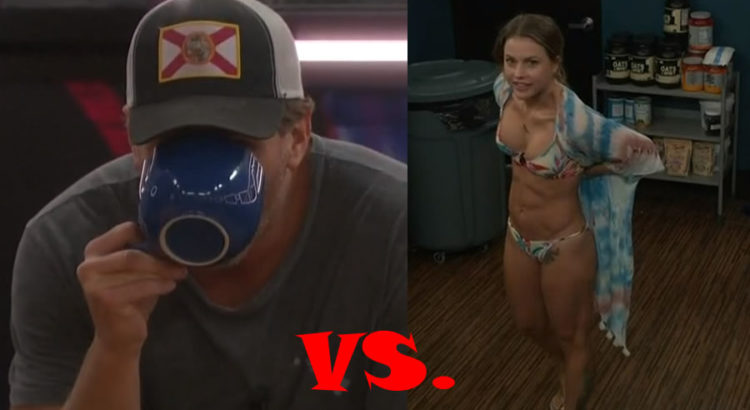 After Tyler’s eviction, Nicole won the head of household. Goes on to nominates Memphis and Christmas. She then wins the Power of Veto, doesn’t use it. Memphis is her target. From the sounds of it, Memphis is going to be evicted.
Two weeks remain to this godawful season then we can get back to purging its memory with Kraken. 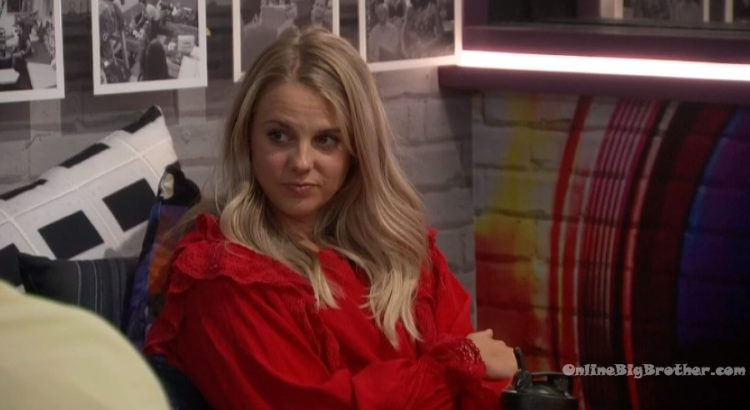 Bedroom. Nicole, Christmas, Cody
Christmas and Cody are playing backgammon. Nicole – I really wanted to beat you. (Cody) Christmas – you beat him today in the comp. Nicole – he didn’t play. I’ve never beat you in a comp. Christmas – well you beat three others so that’s all you needed to do. Today you are a winner and me because I stayed in the house. Nicole – I hope Vic took a picture of the pups and sent it in.. but I know that is pretty far fetched. 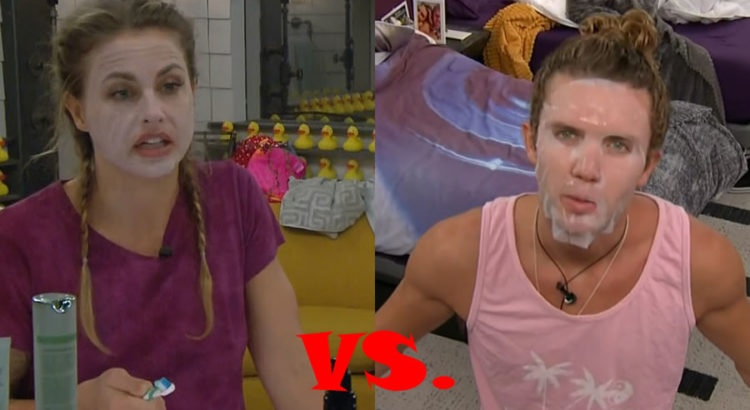 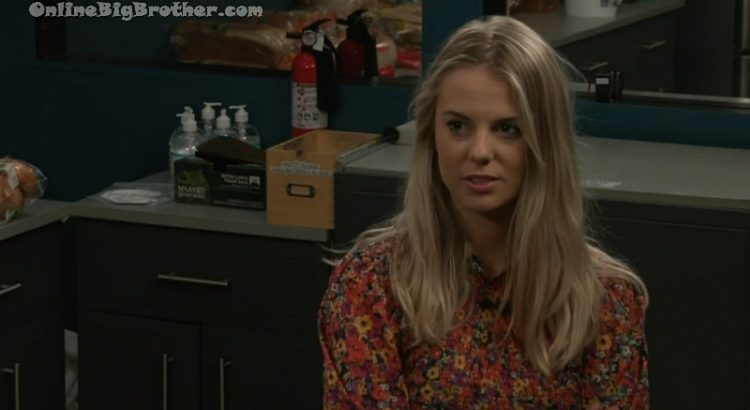 11:24 am Nicole and Cody
Cody says the last thing he told her before the first vote to evict last night was “you’re going home” he was joking but when the vote came out 2-3 he as worried “Ohh sh1t she’s going home”
Nicole – I can put on a fake face.. I hate them so much I can’t even look at them
Cody – What was she like when she was sleeping in the room was she trying to talk to you
Nicole – she started crying she cried herself to sleep because I think she feels so guilty. I hope it eats away at her 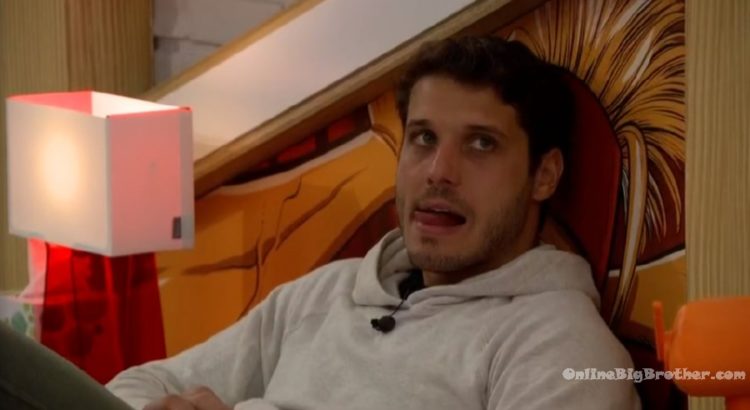 Bedroom. Cody, Christmas and Nicole
Nicole – he was first HOH so maybe they’re giving him a basket. Cody – who? Nicole – Memphis. Cody – I really hope they don’t give me all that junk again. I don’t know what else I would get .. I just don’t want all that candy. Nicole – tell them to give you healthier options. Cody complains about all the candy he still has left over from his last HOH. Nicole – oHhhh.. that is a terrible problem to have!! I just have too much junk food because I keep winning.. ahhhhhggg.. Cody – don’t take out your frustration on me. Take it out on yourself .. don’t take it out on me. Nicole – I’m NOTTTT!!! 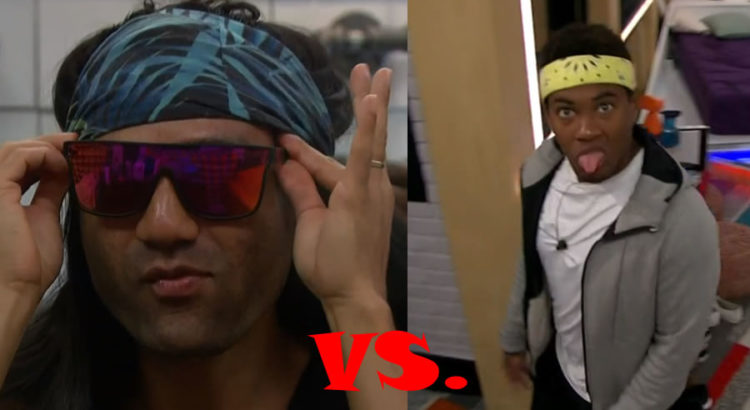 Another rip-roaring week in the Big Brother 22 House. Cody won the Head of Household and Nominated Kevin and David. Cody then won Veto kept nominations the same. Kevin is the target and will be evicted tonight. Some Dr. Will segments were shown to the houseguests as pretaped video clips. Of course they let it slip that it may be a triple this week destroying any surprise. David going for the cash prize instead of Veto really broke the heads of some committee members. They’re oh so “Disgusted” with David. Like like the integrity of like like the game like he trampled all over it. 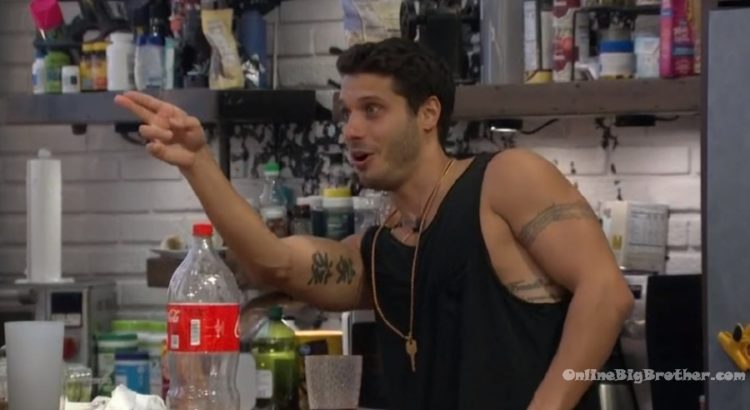 10:08pm The live feeds return .. It was some type of golfing competition with prizes. CODY has the HOH key around his neck. Cody is the Head of Household! They talk about how HOH competition and who Christmas didn’t even lock in with a score. Memphis – that explains why she was stomping through the floor. Enzo – so there might be prizes for the POV now too? Cody – yeah they said there would. Cody – I love that he said I’ll see you again. Tyler – my first shot I went for the money and I messed up bad. It helped though. They talk about how they don’t know who won the 5k prize. 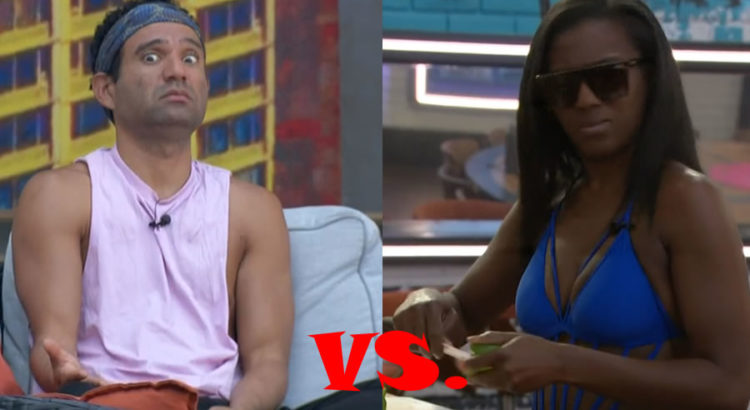 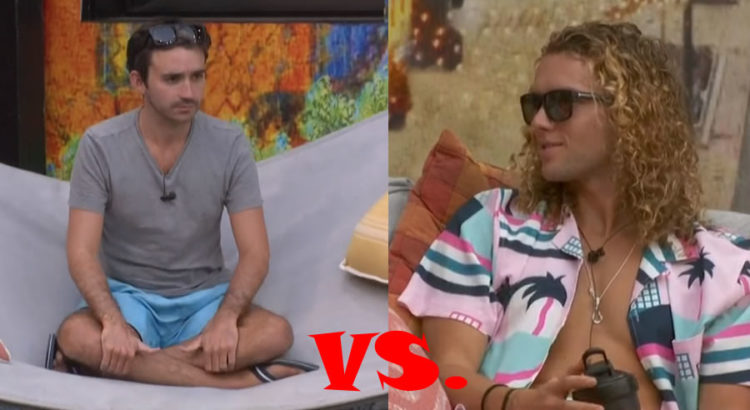 Another fun week in the Big Brother 22 allstars house. Dani won this seasons WALL Head of Household competition and Nominated Kevin/David. Her target was either one with a slight preference for Kevin. She also floated out the idea of putting Tyler up if Veto or Power is played. A couple hours after the nomination ceremony David uses his Disruptor power forcing Dani to nominate another person. As planned she took this chance to get Tyler on the block. At this point the target still seems to be Kevin but the idea of Tyler going is being suggested.