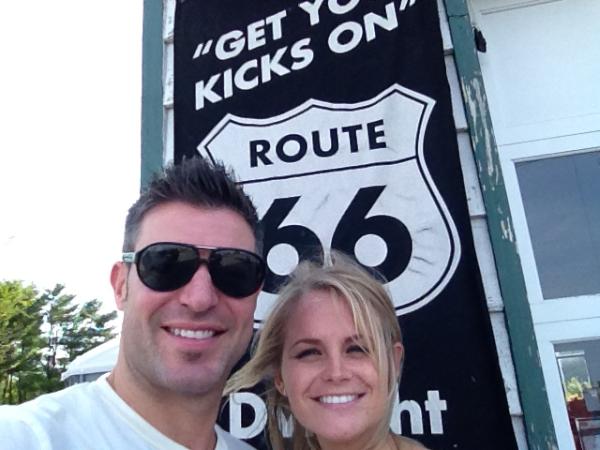 Jeff Schroeder and Jordan Lloyd are going to be filming their OWN TV SHOW on CBS Interactive (CBSi)! America’s favourite house guests from Big Brother 11 & Big Brother 13 are going to be doing a reality TV show. Jeff and Jordan recently moved to Los Angeles to live together and to pursue an acting / TV career. As America’s sweetheart’s we have seen their relationship from the beginning and with this new TV show we will continue to see their relationship grow.

Jeff announced today on his twitter account (@Jeffschroeder23) that he and Jordan are in the process of filming their own reality TV show. Jeff uploaded the above photo on Twitter and said:

“Excited for me & Jordan to start filming our new show today for CBSi… Already having a blast!! More info to come…”

CBS Interactive (CBSi) is a division of CBS which is an online content network for information and entertainment regarding news, sports, entertainment, technology and business.

At the moment there is not much information about what the show will be about or any other details but without knowing too much information, I can already tell its going to be a BIG HIT! We will keep you updated about any information that is released about the new show.

WE WANT TO KNOW WHAT YOU THINK! Tell us your ideas about what you think the show will be about? OR what you want to see… 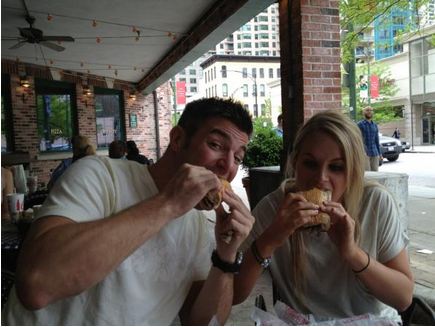 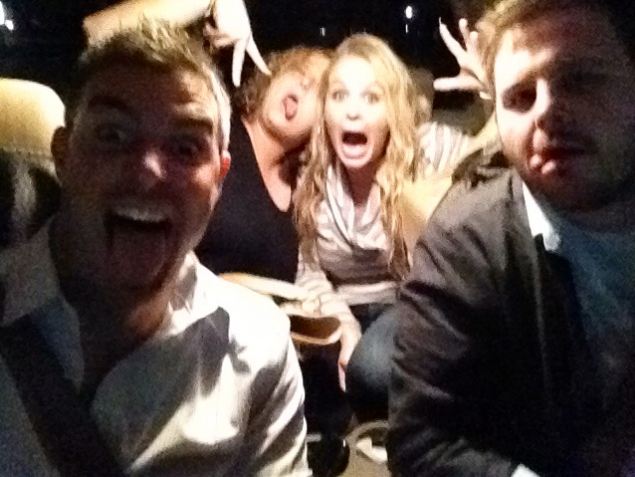 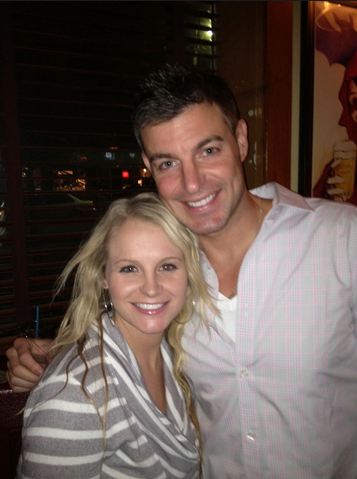 Have been watching them since the beginning! So excited to hear about their upcoming show! Can’t wait to see it

Hope it’s not gonna be like “Rob&Amber Against the Odds,” that’s all I care about

I am sooooooooo excited I can’t wait to view this show! I have watched from the beginning and fell in love with them just as they fell in love…..Thank you CBS/CBSI for giving their fans more of them!!!!!!!

Not interested….infact, I don’t even know why opened this article…it just reminded of wasting hours of my life watching Jordan on BBAD last summer sitting by the pool or on the lounge chairs staring into space with that blank look on her face.

Aaaand winning 500 Gs!!! Jordan rocks!!As for opening the article you did it because you just cant help but be interestd in these two.ha

HEY EVERYBODY!!!! I’ve been too busy the last few months with my work here in LA to have any time for social media. Hope to have things more settled down by the time the new season of BB begins. That way, I’ll be able to leave plenty of BB comments and add that delicious bit of spice you’ve come to know, love, and respect from me LOL AS FOR WHAT I SEE NOW : It looks like not much has changed in my absence. We still have (NAME, NOT A PHD STUDENT, & SQUABBLE) filling the pages with their ever present negativity, venom, complaints, and mean-spirited jealousy of people who are doing better or are better off than they are. Some things never change 🙁 As for Jeff & Jordan, I am happy for them. Any thing that helps them stick together, even a reality show, is good as far as I’m concerned. I wish them luck with it. Perhaps they’ll invite Rachel & Brendon over to visit them for an episode, and their ratings will skyrocket. Even all “the haters” would be too curious to miss that he,he,he,he. Well folks, hope to have more free time this summer to THRILL MY FRIENDS with my BIG BROTHER OBSERVATIONS, and HORRIFY MY DETRACTORS WITH MY UNMOVABLE AND UNVARNISHED VIEWPOINT. C’Ya

Not A PH D Student
Reply to  Frank Granda jr.

Well Frank, unlike you and many others I find it difficult to support abuse against women. All we have seen from d-bag Jeff is verbal abuse towards the women. Attacking them and bringing them to tears because they will not do what he wants. Interesting how he never talks that way to men. Maybe it’s because he knows they would kick his azz. We all know D-bag Jeff has a short fuse and it is only matter of time before the verbal attacks turn to physical attacks. Maybe you see nothing wrong with the way he treats women. Maybe that is the way you treat women and so you see nothing wrong with it. I don’t know you, but the fact that you support abuse against women is sad. When Jordan finally wakes up and realizes that she deserves better and gets out of an unhealthy relationship, she will be able to see how she should be treated. Let’s just hope it isn’t to late. And my negativity, venom, complaints, upset you, is it because maybe you’re the same as d-bag Jeff? Any kind of abuse against women is wrong be it verbal or physical.

Not a PH D Student there are many that agree with what you wrote, many don’t like Jeff because of the way he treats women.
I also don’t think he is this great BB player, he likes to wait out the strong players, then his only game move is to hope America votes him a power.
He is good at finding a woman to protect him though, how he is considered by many to be this great player confuses me unless these same people have a hard time winning a game of solitaire.
Isn’t it wonderful that after all this time Obvious Troll has came back.

I’ll give whatever JJ make a look, they can be fun to watch at times. I watched a episode of Rachel’s pet show so I can handle anything. I do think we need a couple season break from seeing JJBRED on Big Brother… Actually I think entire cast of BB13 should be tucked away in hibernation until at least bb16 (Except for cassi 😉 )

So sick of reality shows but I will watch. I guess Brenchel is next. CBS will love to exploit Rachel’s emotional breakdowns to generate big ratings.

Did you see crazy women on Amazing Race? She hasn’t changed a bit. And what was her excuse on this show, she’s not in a house locked up…She’s just plain crazy…….

Awesome, Can’t wait to see it.

Does CBS own a cat farm?
Really don’t they know America is at the breaking point when it comes to human to feline ratio? After this show airs we will be in the minority having to cater to their every desires, I don’t want to see a bunch of people with flannel shirts and no shoes selling them at WalMart.
No matter what the out come Jordan seem like real nice person (not real smart) and she can hang out with any douche bag she wants, maybe she can change “Big Jeff” .
I agree with Simon CBS PLEASE let the cast of BB 13 fade into history.

Jordan is one of the hottest women to be on BB with that alone I will be watching, for some saying she is not smart dude that woman is smart enough to take her act all the way to the bank with class and grace. For sure I will be watching just to see Miss Jordan.

Jeff is the most oblivious, arrogant, and whiny contestant on BB. And Jordan is so dumb; you can’t help but to tolerate her because she can’t help it . But either way I love watching these to morons have a conversation.

AND… Jeff’s a bigot. Downgrades women. Puts down gays. Not a great guy.

You people don’t know anything about Jeff! Name some that Jeff’s High School Days!

Is anyone watching survivor this season? I’ve finally gotten back into that show.

I have watched the whole season and can only hope one of the women wins it. After the men have acted as stupid as possible they don’t deserve to win, not standing up to the idiot/bigot Colton, but they also gave the women immunity after they had won it and to top it off after the final merge they were tied 6 men and 6 women and were gullible enough to believe that they could vote out one of their own and still control the game.
Seems people don’t learn from history, the season that Boston Rob won they were tied at the merge and his tribe eliminated the other tribe in the next six challenges, or last years show when the tribes were tied 6-6 at the merge and Cochrain switched sides because he felt picked on and traded a 1-6 spot for seventh place and felt betrayed after doing it.
Guess people don’t understand basic math or learn anything from history,

Tarzan better not win.. the guys were boneheaded this season

Been watching Survivor the whole season and very sad to see it end Sunday. The guys got what they deserved because they were so mean to the girls in the beginning. I’m thinking that Kim or Alicia might win

My thoughts exactly.. Alicia or Kim

Chelsea FTW!
Just too easy on the eyes.
If Alicia is a special needs teacher then she should be ashamed of how she treats the other people and the language she uses.

Omg!!! The show is going to be so awesome… for all of you
haters I’ve got one advice… don’t sit here and complain about the
show when it hasn’t even been aired yet, plus if you think it’s going
to be that bad then don’t watch it, it’s as simple as that.

Jazzy, Don’t listen to them. I’m not a jeff hater. Eventually, I went to school with him.

I have always liked J&J but maybe they should go on with their lives in private . Oh well, i still wish them well!

I hope that it will be awesome to watch. I think that jeff and jordan are the perfect couple and that i hope that i will be able to watch their new show and if i can i hope to see a proposal. If there is a proposal that would bring tears to my eyes because Jordan deservise someone special like jeff. watching jeff going around the world and jordan was getting him ready and she road with him to drop him of and the hug and kiss and he put her in the car and she began to cry, it broke his heart because he said he hates to she her cry. That tells me that he is a true man. Jordan deservise someone like him. Jordan and Jeff you are cute together and very special i really hope you guyes get married and have cute babies!!!!!!!!