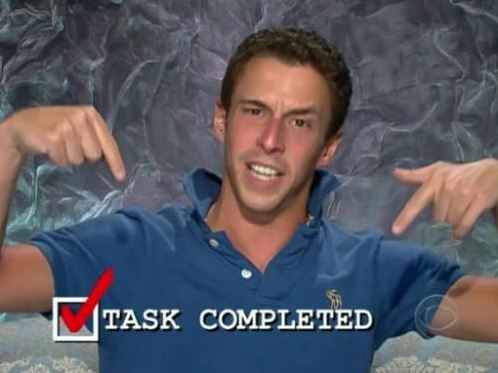 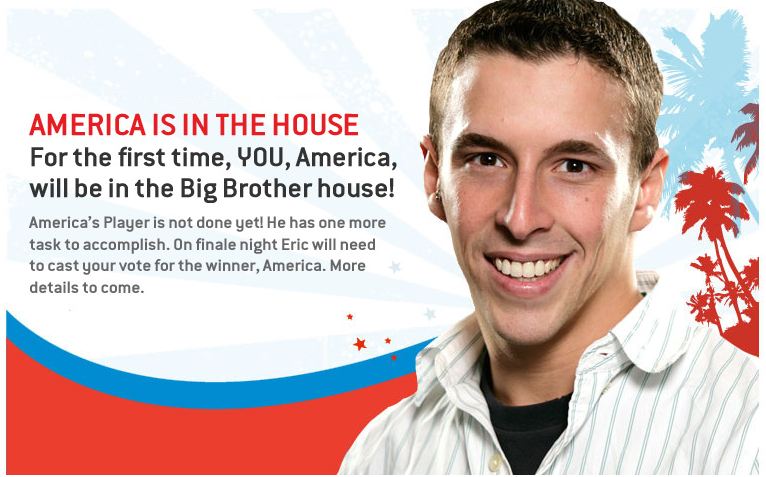 America’s Player was the main twist of the 8th Season of Big Brother. Eric Scott Stein was chosen by CBS producers to be America’s Player from the start of the season. During his diary room sessions Eric was given tasks to perform that had been chosen by the American public through a voting system. The viewing public could vote on which task they wanted America’s Player to complete by casting their vote either online at CBS.com or via text message at the end of the Tuesday, Thursday and Sunday episodes. The tasks given to Eric on Tuesday dealt with Thursday’s eviction, Thursday task dealt with the Friday nominations, and the Sunday task varied. The tasks he was given must be completed in order to win the cash prize at the end of the season. The prize was structured so that for every week that Eric completed the assigned tasks as America’s Player he was rewarded with $10,000.

Task Given on Thursday’s Episode:
This task was centered on Eric pitching a certain nominee for eviction that America had chosen to the head of household of that week. If by chance Eric was America’s Player then the task was easy and he simply nominated the chosen house guest for eviction along with his own choice. If Eric was not the head of household for that week then his task was to convince the HOH to nominate the house guest chosen by America. If the HOH did not nominate the house guest that won America’s vote then Eric was given a second chance to push for that nomination at the veto ceremony. As America’s Player Eric successfully completed all but the last of his Thursday night tasks.

Task Given on Sunday’s Episode:
This task was centered on Eric’s relationships in the house with the other house guests. Some of the tasks were devised to shake up the house and as such some were more difficult to complete than others.