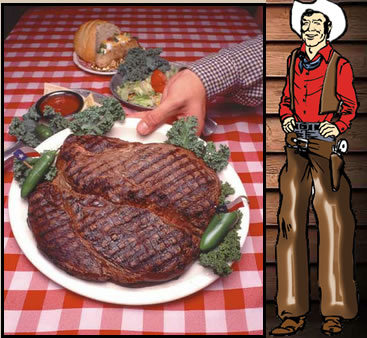 Big Texan Steak Ranch off Interstate 40 Amarillo, Texas has a simple contest. Eat a 72oz steak and bam your meal is free. Check out the rules here. For every person who completes this challenge they’re name is recorded in the Big Texan Hall of Fame. You can clearly see at the end of the document and the screencapture provided that someone Named Jordan Lloyd from Waxhaw, NC with the note Big Brother 11 & 13 in Texas, ate a 72oz steak in 56 minutes and 24 seconds thus completely the Big Texan challenge and eating for free! Above Jordan’s Name is Jeff’s (with a misspelled last name) from Chicago, IL with the Note “Do America” Texas Style!.

Big Brother 12, Big Brother 13 Winner and Amazing Race contestant (Still in the race) Rachel Reilly has a new project on the go called “Adventures4Pets”. We first learnt about this web show last month during Rachel’s appearance on BearPaw TV.

Two Sisters Rachel Reilly, Elissa and their pets hit the road to find the most pet friendly destinations in America. Adventures4Pets.com site is not live yet, the splash screen says April sometime.. Rachel is starting to publish the videos on youtube. In this episode Rachel and Sis head to San Diego for a “Pet-Cation” which she calls one of the most pet friendly cities in the US. 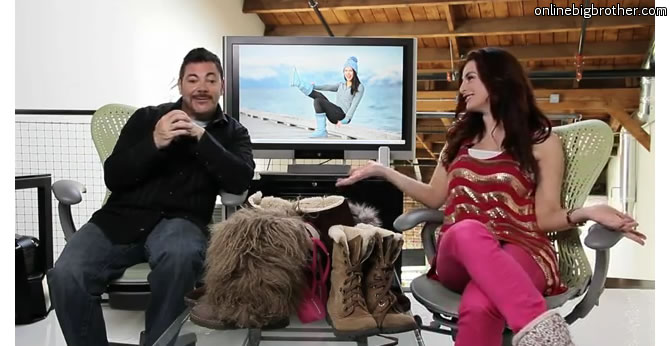 Just when I thought we were going to have a break from Rachel Reilly she’s in the news again. This time with Simon Rawley-Wells of BEARPAWstyle.com (bearpaw shoes rule BTW). In this interview Rachel talks about being the most “Winningest champion ever” on Big Brother. She goes on to mention her fight with Ragan on Big Brother 12 and how they are now best friends. Rachel “I think any Big Brother fan would agree I Definitely spiced up the house a little bit” 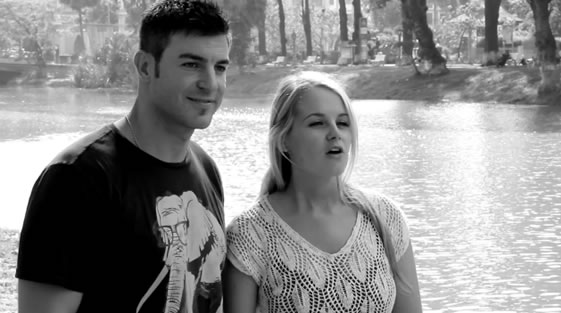 Jeff and Jordan are partnering with People for Care and Learning in a new Build A City project. Join them in a movement that will change the lives of thousands! Are you ready to Build A City?

Earlier this year Big Brother All-Star Duo Jeff and Jordan travelled to Cambodia for charity work with People for Care & Learning and Build a City. It’s a great cause, we explained what exactly they were doing in Cambodia and why Build a city is something everyone should take a closer look at. 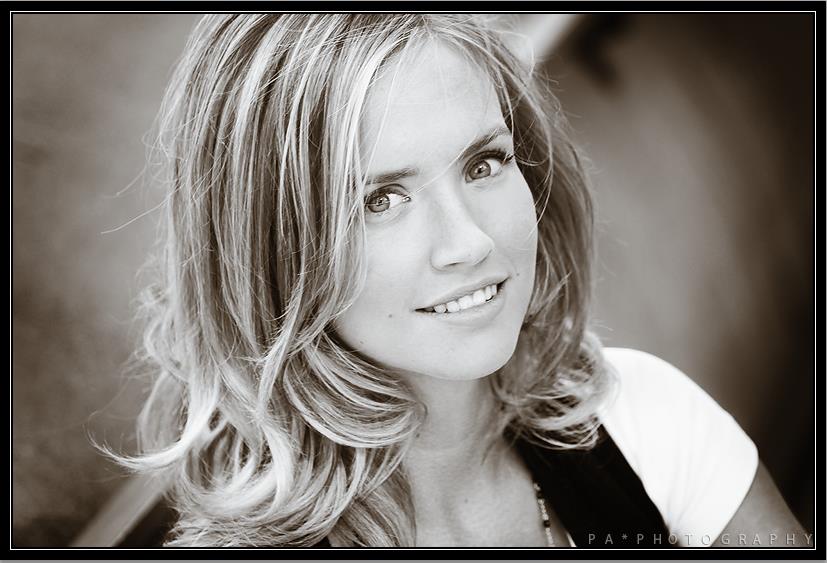 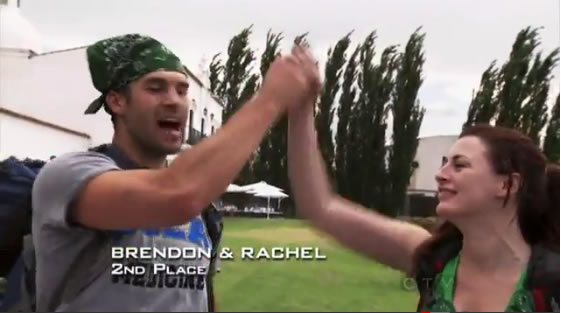 Brenchel on The Amazing Race 20 recap

Last Weeks Amazing Race Premiere had everyone wondering will Brenchel survive this type of “real” reality TV Show. They did survive the first leg of the race and did quite well coming in second place. 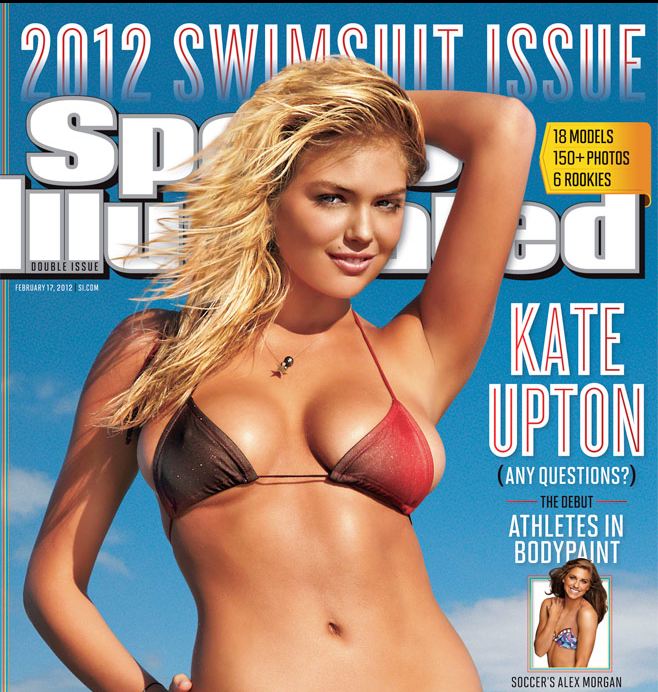 Porsche Briggs is in the 2012 Sports Illustrated Swimsuit Edition! Since 1964 Sports Illustrated has been publishing their popular swinsuit issue and this year is no different. The issue ordinarily features fashion models wearing swimwear in exotic locales all over the world, however this year Big Brother’s 1st place runner-up Porsche Briggs made it into the popular swimsuit issue.

Sign up to our Google+ page , we’re rolling out all the best most complete Big Brother Spoilers and google+ is a key component this year. Big Brother 2012 is starting up and Casting should begin late next month 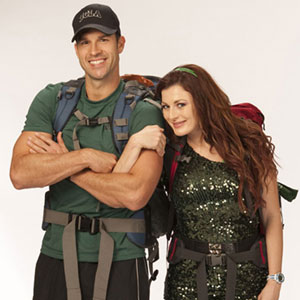 Both Rachel and Brendon will rip through TAR20 and if they don’t expect them on Big Brother 14 this year because that’s the way AG rolls. 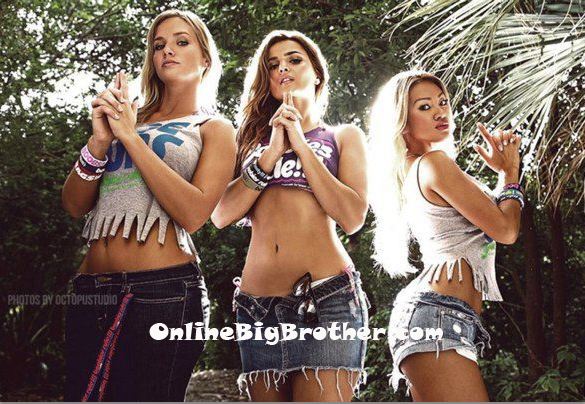 “Boobies rule!!! was created by Identical twins Rory and Troy Coppock in December of 2010. With our mother currently battling cancer, and also losing one of our best friends to brain cancer at the age of 19- we wanted to create a brand that would help raise awareness and donate money to help battle the disease that touches almost everyone in our world today.” 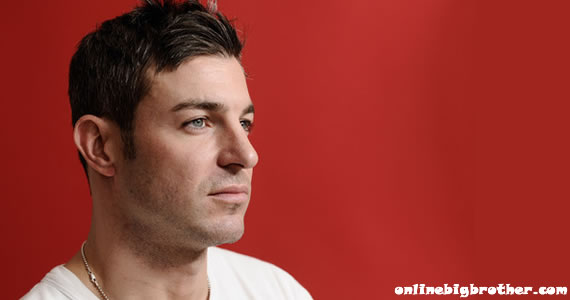 Jeff Schroeder Pictures from the 2012 Sundance Festival taken at the T-Mobile Village at the Lift on January 21, 2012. Jeff’s been pretty busy since appearing on Big Brother Last year. He’s been on web shows (Mission in Action), bullying George Clooney, Being nominated 2011 worst reality star and taking the next step with girlfriend and BB winner Jordan Lloyd…….. Open Big Brother 14 Casting beings in a couple months we’ll probably gets some clues about whether or not it’s allstar. 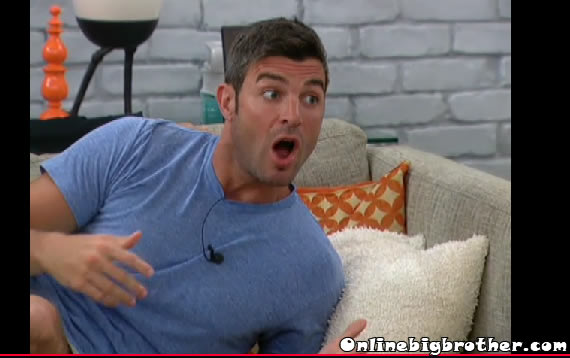 Looks like there’s some people out there that do not like Big Brother super stud BIG Jeff Schroeder .

Jeff has been ranked on of the worst Reality TV Stars of 2011 from TV.yahoo.com. Theres no denying it Jeff is one of the most popular players in Big Brother history. He’s been in 3 televised reality shows; Big Brother 11, Big Brother 13, The Amazing race and a bunch of straight to web shows. BB13 fans voted him their fan favorite but still Jeff has his haters and plenty of them.

It really wasn’t until Big Brother 13 were Jeff’s douchness start to really show around the time he decided to go on a crazy rant about Dumbledorf being gay. 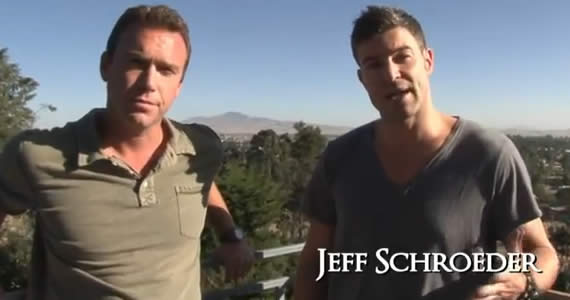 Big Brother 11 and Big Brother 13 famous hunk of man meatJeff Schroeder is at it again with the webshows. This time he’s partnering up with with Amazing Race winner Alex Boylan’s in a interactive web series, Missions In Action.

The premise of the show is simple, travel the poorer regions of the globe, showing stories of the people and charities that are making a positive impact. Jeff will be on Episode 8 Scarves of Pride, Location Addis Ababa, Ethiopia the Charities are FashionABLE, The Mocha Club, Women At Risk. The Mission Former sex industry workers in Addis Ababa find peace and purpose in handcrafting beautiful scarves for abroad.

What a great project to be working on..