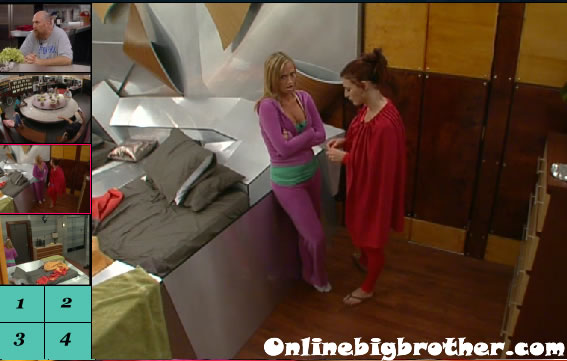 10:45pm Bedroom Porsche and rachel Porsche pulls rachel off to a corner and starts talking about where Rachel’s Head is at. rachel thinks it’s really strange that Keith hasn’t come up to them to talk. She wonders if he’s even wants to try. Porsche says that Keith is going to get Cassi and Dom to go do their dirty work she implies that Keith controls Cassi and Dom (which is not the case at all it may be the other way around) Cassi whispers that she is going to go talk to Shelly tonight and see were her vote is. They count the votes .. something about Dick can’t hear it.. 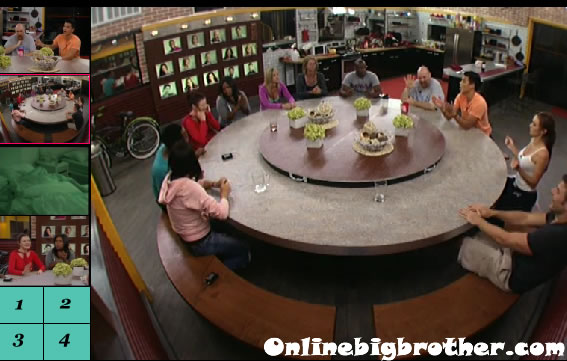 11:02pm Kitchen table Everyone but Jordan playing Big Booty Game having a blast .. 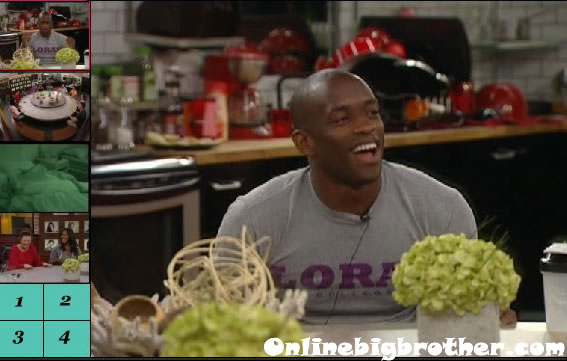 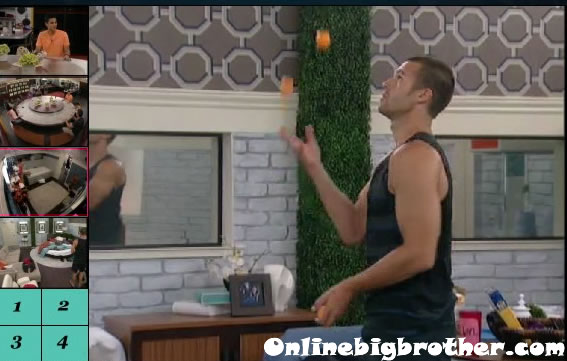 10:09pm HOH rachel and brendon Briefly Chat Rachel asks him if he’s happy they won the veto. Brendon says of course he is “do you want other people choosing what we do” Rachel: “I just wanted to make sure you’re cool with us competing as a team winning stuff” Brendon says he’s fine with every thing. Brendon: “Honestly i’m not going to lie you and me are going to be the strongest duo” rachel: “umm well we are” brendon: “the only other people I think would of been decent is… rachel interrupts “DICK AND DANI”.. Brendon: “No potentially it would be Dom and Adam” 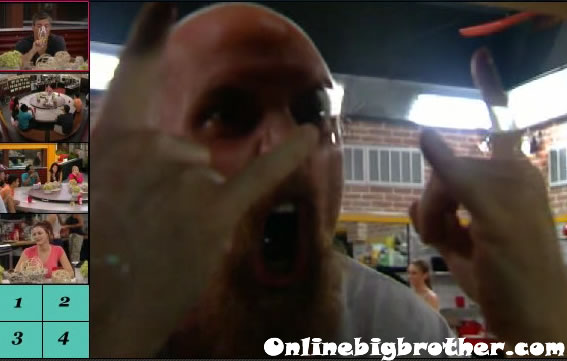 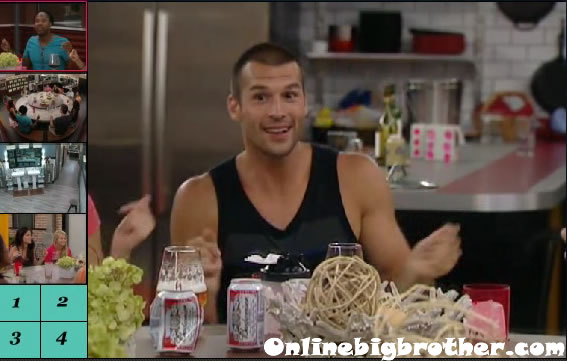 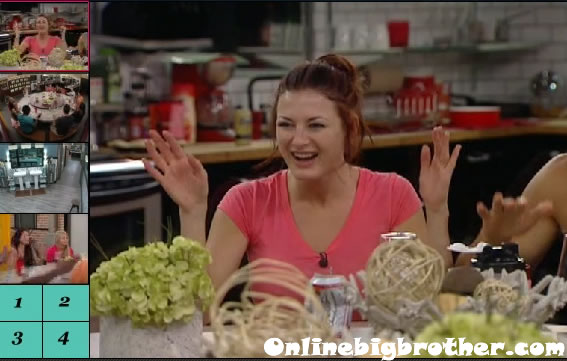 12:00am Party is still going on the houseguests have ample Alcohol, the live feeds are pretty entertaining. 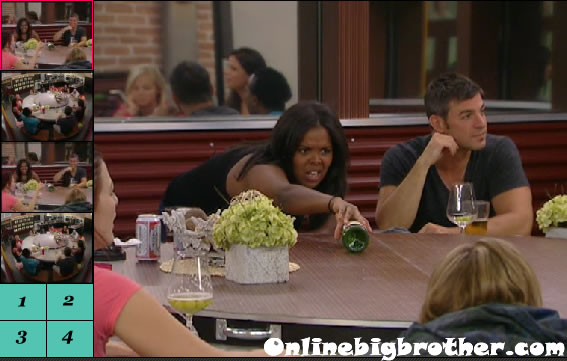 12:08am cameras not on brendon Drunk Houseguests change their game spin the bottle fortune.

Allison Grodner: “Honestly, I’m going to lie to you.”

Again? QAZ, you have missed a couple of drinks already.

Brendon looks like he’s really enjoying the “Big Booty” game. Lookin’ all sassy and with a little pep in his step. For the love of GAWD, can someone open those sliding glass doors and let these fools out for some fresh air. I just wasted three hours of my life. BRING DICK BACK… PLEASE!!!

No, seriously, these people need some fresh air! Certainly they can find something better to do rather than sing and chant a Big Booty song. It’s only been one week… give the viewers something to watch. BRING ON THE DRAMA FOR BBAD!! :)

they damn sure need to crack those doors open so the hg can spread out
and talk “game”.

I agree. I was hoping to see them venture outside during BBAD. Though, for once I was not bored watching them play big bootie. The newbies lack personality unlike the past houseguests.

SIMON OMG! I just remembered there was a person who posted her last year called “Jimik60” so I decided to Google his name . . . second and last link on Google’s first page of results. WOW!!!!! NSFW links on Google.

He is second on Yahoo and he maybe the first one, too. I remember him. Didn’t he have a run in with Rockstar and Canadian Fan? Probably had one with me, too, but that happens.

QAZ – now under a different name but I don’t wanna say how I know because people blame simon for telling me but I assure you and everyone else that simon does NOT ever give me inside information on who is who and how many people post under different names.

Who? Are you saying Jimik60 is still around, but posting under a different name?

Not saying anything of the sort. hahaha

Then what are you saying?

Dick just sent a tweet out saying he’ll release a official statement in a couple days.

Good because I was thinking we were going to have to add: “Does anyone know where Dick’s at?” or “Is ED coming back?” to the drinking game. Drink!

It’s good to be back and here’s to a summer of the drinking game.

Imma be pissed if Dick left on some BS disagreement with them asswipes in the back. Better have a great reason to disappoint fans like this, like Rachel showed him her nasty and overused snatch, That would be good enough for me, I remember how horrified Britney was last year LOL

Does anyone else think they’ll keep everyone this week, since they already got rid of a person. Plus wouldn’t that stir things up a bit.

Simon, strange things happening. I go to Recent Comments and I click on Sandy’s two comments and they take me to the page that starts, Dick missing, probably dead. And, if I click on plttchernij’s comment it takes me to BB12 page title Debbie Downer. Strange!!!! Of course their comments aren’t on those pages. I can’t find those comments on any pages! Strange, yes?

yes that is strange.. any one else seeing this or any other problems with the recent comments?

Yeah, it’s redirecting me to other unrelated threads and not to the comment I clicked on. Has been happening since the show started.

Thanks for the feedback I’ll see if I can reproduce it on my end and find a solution… Out of the people that are having problems which browser are you using?

I’m afraid to upgrade to 5.0 as they have warned about incompatibilities with RealPlayer, Nuance, Adobe X, etc.

I may be forced to go back to IE9.

I’ve tested it on chrome and FF 5, i’ll give old firefox a try