We’re running a series of posts this month highlighting some of the better moments from Big Brother Canada. With Season 3 only weeks away these are some reminders of why this show is such great fun to watch. In case you’ve missed the earlier posts, the links below. 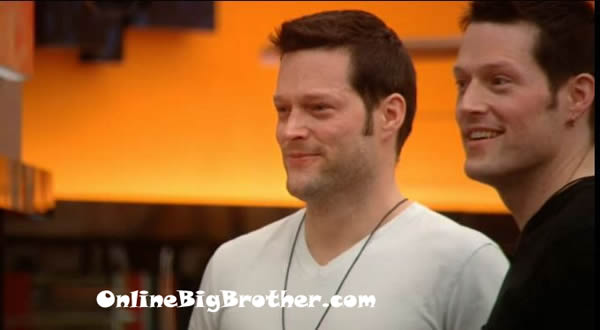 The house had a task, If they remain frozen Big Brother will give them something meaningful, a prize! If one of them moves they lose the task and the group receives a punishment. Big Brother would randomly tell them to freeze, They would then be visited by various people like Sumo wrestlers, cheerleaders, and Andrew’s twin Pete (@AndrewsTwin). Pete gives Andrew some encouragement (“doing great I am so proud of you… I’m a Huge Fan”) and shows him a video of his nieces, It was en emotional moment. The post that covered these events TASK – Andrew’s TWIN, CHEERLEADERS, SUMO WRESTLERS! .

Talla and Topaz proceed to steal some of the alcohol.. Talla pours a 1/3 a glass of triple sec for each pf them while Topaz keeps watch.

The final vote to crown the winner of a Big Brother is in the hands of the Jury. They are told to vote for WHO they want to WIN Big Brother. This is different than the rest of the season’s voting where the houseguests vote for who they want to evict. They’re voting against a person as opposed to voting for a person. Season one finale had Jillian and Gary as the final 2. the vote was split with Topaz’ vote being the tiebreaker. She votes for Jillian to win but claimed she got mixed up and was voting for Gary. Actually says someone switched it up. Post covering the finale BIG BROTHER CANADA Season 1 FINALE NIGHT SPOILERS

“Wait a minute wait what…. no .. no wait a minute… are you guys kidding me someone switched it.. ” -Topaz

Topaz the rules were clear.. I am so sorry.. we have it on tape – Arisa 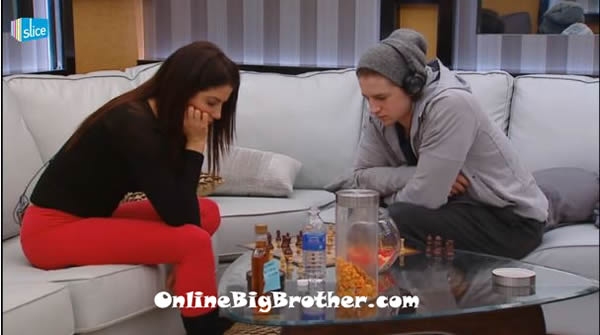 Emmett and Jillian were able to win their way to the end with a combined 6 Head of Household wins a notable feat. Unfortunately for Emmett he lost part 3 of the final HOH to Gary*. Resulting in Emmett being evicted and Jillian going to finale with Gary.

Off the cutting room floor

Does anyone know how to watch old seasons of BB Canada?

We just got our live feed posts that contain a lot of video clips.