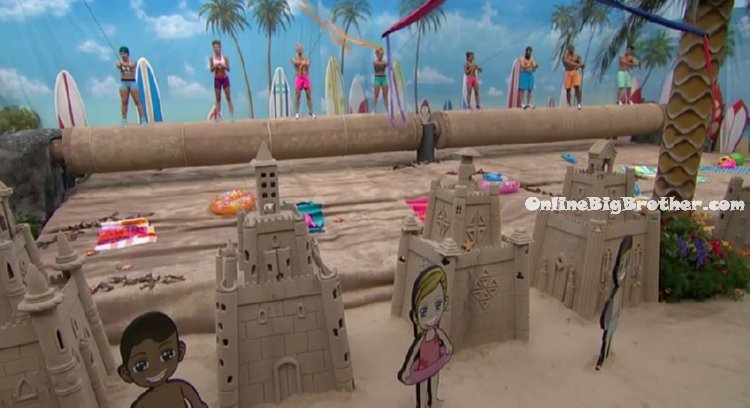 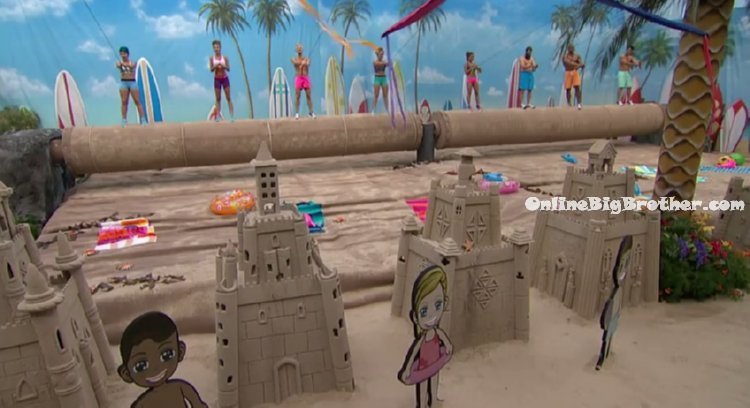 The Big Brother 16 2-Night Première is just a day away and CBS has just released a video of the the first 8 house guests competing in the first HOH of the season! The first 8 that are competing in this competition are Cody Calafiore, Devin Shepherd, Donny Thompson, Frankie Grande, Amber Borzotra, Joey Van Pelt Paola Shea, and Nicole Franzel. In the video Julie Chen explains that this competition is called “GO Fly a Kite!”

“To kick off the summer, we thought we would take you to the beach!”

The premise of the HOH competition is that each of the house guests have to hold on to their kite while balancing on the rotating beam. Fall off or let go of your kite and your sand castle will be crushed! The winner of this HOH will be the first Head of Household and then the other 8 house guests will compete to see who is the other head of household. The other 8 that will compete in the next HOH are: Caleb Reynolds, Christine Brecht, Derrick Levasseur, Hayden Voss, Jocasta Odom, Brittany Martinez, Victoria Rafaeli, Zach Rance. After that each of the HOH’s will make their 2 nominations. The HOH’s then compete in the NEW competition called “Battle of the Block” to see which HOH remains and which one is dethroned. The HOH that is dethroned is then in danger of being nominated as a replacement should the Power of Veto be used. 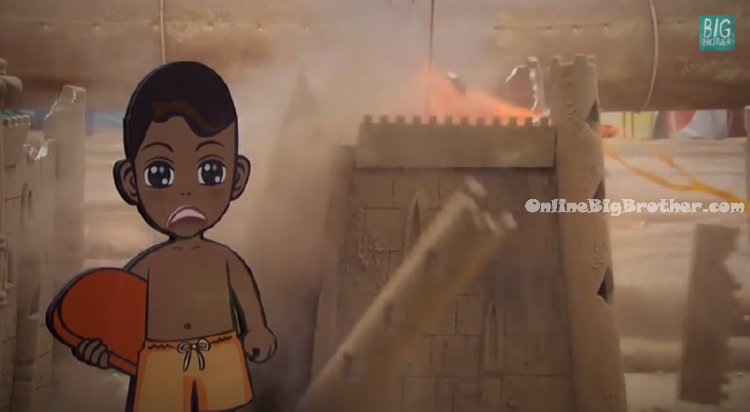 DON’T FORGET there are ONLY a DAY left to save 20% off the Live Feeds!
Save 20% if you sign up for the Big Brother Live Feeds before June 26th!

I thought I saw Paola in the video. I think Brittany is the one entering day 2 not Paola.

Yes, I left out brittany for some reason and didn’t add Paola to the 8 in the competition… thank you!!

Looks like a good competition for the first HOH.