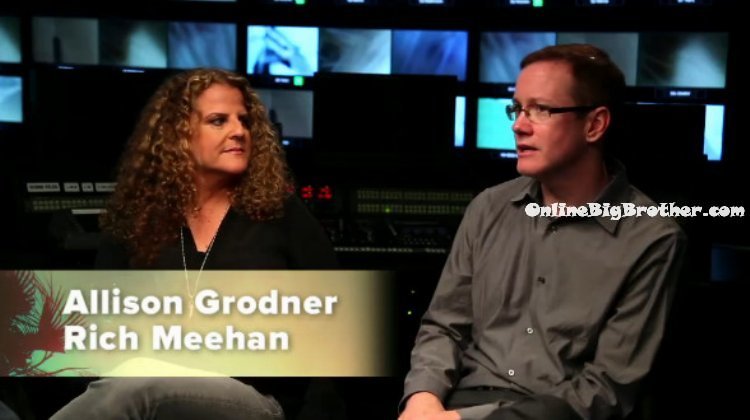 During last the last season of Big Brother, there were a lot of controversial moments that resulted in a number of the house guests being fired from their places of employment due to their words and actions inside the house. A few of the house guests displayed racial, homophobic and misogynistic views inside the house which obviously upset the viewing public and forced the network to display a disclaimer preceding each of the 3 weekly episodes.

The disclaimer that the network ran before each episode was:

“Big Brother is a reality show about a group of people who have no privacy 24/7. At times, the house guests may reveal prejudices and other beliefs that CBS does not condone. Views or opinions expressed by a house guest are those of the individuals speaking and do not represent the views or opinions of CBS. Viewer discretion is advised,”

During Big Brother 15 we reported how house guests:

We are hopeful that the new cast of house guests were able to learn from the mistakes made by that previous house guests and that no similar events happen again this season. The spot light is however already on one of the new house guests, Caleb Reynolds, due to the racist / homophobic comments found on his Instagram account.

Do you feel better prepared should a similar controversy arise this season?
Grodner: There is a heightened awareness of the Internet and the 24-hour nature of the show that maybe in the past has not been an issue for all of us, but it’s real. It’s the real world, it’s real life and unfortunately it came up last summer, and now we have a whole new group of people who are bringing new energy and excitement and points of view inside the house. Every summer’s different.

More twists will be revealed on première night. How many ideas where you toying with before you landed on these select few?
Meehan: Usually we have a top three we like that we’re playing with and typically one rises to the top. This year our banner is that this is the most twisted summer ever, so we’re going to have a really fun game twist and then we’re going to have an interactive twist that America can get involved with and have an impact on the game that they haven’t had before that they’ll have a lot of fun with.

Was it ever a serious consideration to bring back favorites or returning houseguests this year?
Grodner: We mix it up. As you’ve seen in recent past seasons, we’ve brought back several all-star players. It just depends on what we’re looking to do each season. We’re in season 16 — our last full all-star [season] was seven, so I’m sure there’s one in the near future. [Right now] we’re building up more all-stars.

To read the full article visit the: Hollywood Reporter 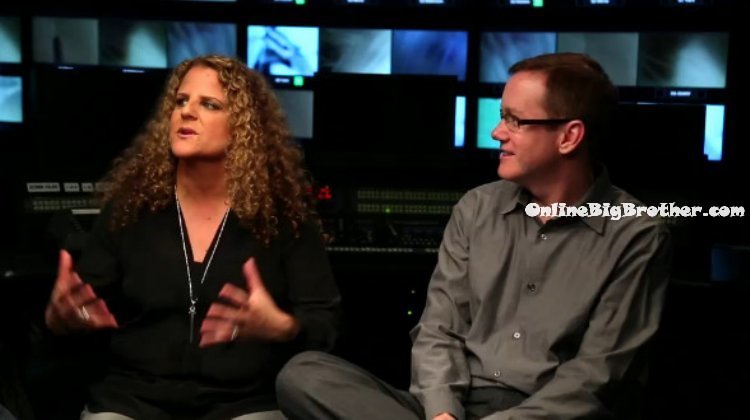 I can’t wait to see how these new twists turn out.

Allison saying there building up all stars do you get a
feeling bb17 might be an all stars season?

Yeah that’s what it sounded like she was eluding to 😉

I am lost did the site change in the past month? Am I even on the right site that Simon and Dawg run?

Hi Angela, Yes we’ve updated the site with a new theme / look as the other one was quite old. You are definitely on the right site .. Simon and I (Dawg) are still here and we’ll be posting our usual up-to-the-minute big Brother 16 live feed updates every day of the entire 90 days. 😉 Glad your back and hope you enjoy the season with us!

Thanks Dawg. I actually thought I was lost so ended doing a search for your name and ended up here. Welcome back to you and Simon ad well. Still haven’t signed up for live feeds yet but lknow I need to do it like yesterday.

We’re excited to be back and can’t wait for the new season to start. You should definitely get the live feeds soon… you’ll save a few dollars buying them now. The price goes back up to the regular price in the next couple days.

They say shit like this every year now, and the twists end up being a waste of time. Why can’t we just have a normal, non-rigged season of BB for once?

I have to agree with you on that! Last season’s motto was “Summer of Twists” and it turned out to be the worst season ever. I have a good feeling this season will be fun!

Anonymous
Reply to  This Season Blows

the 2 hohs and 4 noms and battle of the block twist is unnecessary and potentially majorly confusing, and if they split the house into groups of 8, survivor style, it will limit who you can nom…will there be 2 hoh comps or 1?

i think bb canada is now the best big brother in the world, and the only one in recent seasons to keep the 1 hoh, 2 nom and veto simple format

Hey Dawg! Hi Simon! Not sure about the new look but I just love you guys so its all good.
I was so excited that BB was starting and then I discovered Caleb and he’s online postings. I just don’t know if I can take another season like BB15. The powers that be at BB must have done online background checks so I’m surprised they cast Caleb but I guess well have to watch and see. I so hope I can stay with it until the end.