Big Brother 16 host Julie Chen, just announced today that she will be revealing this seasons big twist on her talk show “The Talk”, June 18th, 2014. This pre-season promotion of Big Brother 16 has been advertised in commercials as being a summer of Twist After Twisted Twist, so what is this seasons TWIST?!

The Talk is an afternoon talk show where the hosts discuss the issues that matter to them most both in the headlines and at home. The Talk is hosted by Julie Chen, Sara Gilbert, Sharon Osbourne, Aisha Tyler and Sheryl Underwood.

I’ve got scoop on the new season of #BigBrother! Watch #TheTalk 6/18 to learn why we’re calling #BB16 the most twisted season ever!

Lots of people asking when #BB16 cast will be announced, expect the unexpected later this week! #TalkLiveChat

we noticed that the live feeds had at the MVP Twist at the bottom, so was that just a coincidence that they re-used last seasons twist in this seasons promotional video? Or is the MVP Twist returning this year? 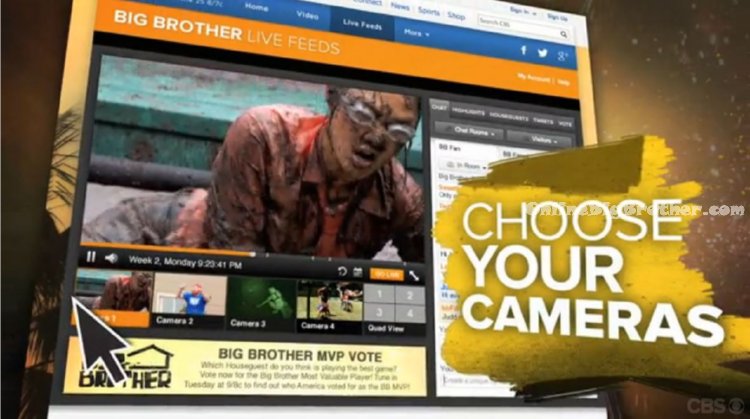 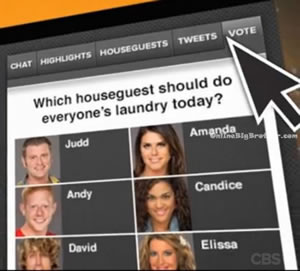 We already know that this season (like most in the recent past) will have a heavy component of fan voting for your chance to alter the game, but with an exception this season that voting will only be open to the live feed subscribers

. Voting through the Live Feeds will give fans the opportunity to vote on things like the voting poll to the right. “Which house guest should do everyone’s laundry today?” Will this seasons twist give us the power to vote on how it impacts the game like the MVP Twist did last season? Or do you not even want that much power?

Thanks for the info Dawg. I can’t believe I’m going to be watching The Talk.

Ugh, I know me too .. you’ll have to sit through half of it or god forbid all of it just to get the info too.. lol

I can’t believe i’m going to be watching The Talk.

I guess me Blue and jayz will be watching The Talk.

I would love to see the MVP twist come into play again, however, with no returning players. I know last year was all newbies, but Elissa still had the one-up. And this year this is definitely going to be returners. So next year with all newbies and no connections to past populat houseguests…bring on MVP.

I would love to see a twist where we have 2 smaller houses compete against each other without them knowing each other exists. Sort of like the hidden rooms but more of a hidden house.

The talk is a good show it is funny as anything.
If it is all stars I hope it people who not on of a third
Or fourth time.

there’s no way im wasting my hr watching The Talk…the best thing to do is just DVR it and watch it after it’s done and skip to the BB Info, right?

I will let Dawg watch & post what they talk about so I can read it later on here.

Plus I would like if they merged the twist of BB6 & BB11 into this or next season.

the twist in BB11 was 4 teams, basically like what the recent survivor was, & obviously bb6 being each houseguest knowing one person. So the twists merged would be 4 teams of 4 with one person possibly knowing someone on their team or the opposite team, & if you and your secret partner made it to the end 1st place would get 1 million dollars

My twist is to give the fans an eviction vote each week or let then bring a player back into the game at some point.

Im definitely thinking its going to be an All-Stars season, i mean why else would they be showing the first all-stars on the lives feeds.