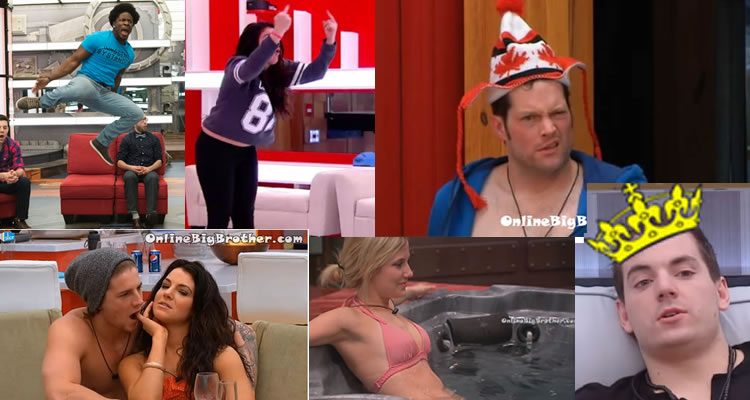 The Big Brother Canada 5 cast reveal showed 8 returning and 8 new Big Brother Players. After going through the last 4 seasons rosters and seeing who they could’ve picked we got lucky. The 8 they did are alright with some of them being great. 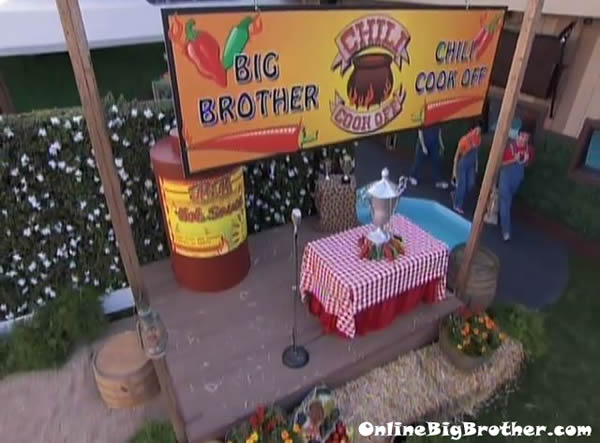 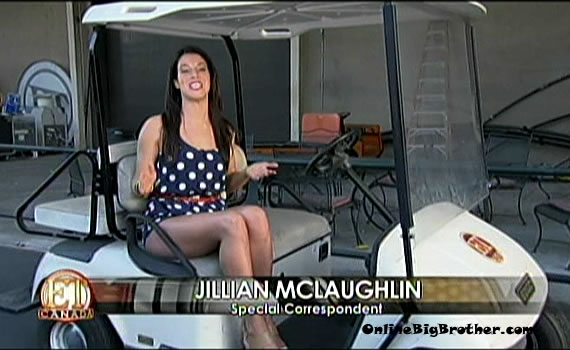 Tonight airs the May 2nd, 2013 – 28th Episode of Big Brother Canada. As it stands before the Big Brother Canada Live Feeds were turned off, Jillian WON the second to last Head of Household power and nominated 21 year old GARY LEVY from Toronto, ON, and 26 year old TALLA REJAEI from Edmonton, AB. During the Power Of Veto Competition Emmett WON, securing his position along with Jillian in the Final 3.

On tonight’s episode we see the Power Of Veto competition that Emmett won and watch the results of the EVICTION, where Emmett casts the sole vote to evict either Gary or Talla.

12:15pm – 12:30pm Emmett heads up to the HOH room. Emmett talks about how he doesn’t know what’s going on and want the POV ceremony to happen already. Jillian says maybe its this evening. Jillian tells him not to worry you are fine! Emmett heads back down to sit on the kitchen couch. Emmett comes into the main bedroom and tells Gary that they (big brother) is building something in the backyard. I hear banging. Emmett asks Gary what normally happens with final four. Gary says final four is normal. So something special is happening. Emmett leaves to go up to the HOH room. Emmett says my luck they DQ’d me again and its another POV! Jillian sasy then we would just win it again and piss them off. Emmett says how do we know they aren’t going to take it away from me. Jillian says then it would just go to the next person which is me. Jillian asks Big Brother to reassure Emmett so that he doesn’t have a heart attack. 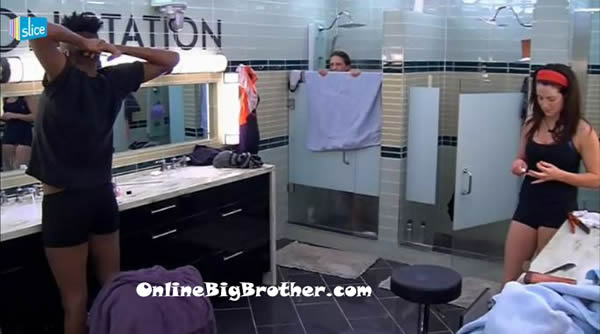 8am Big Brother wakes up the house guests by turning on the lights. Emmett and Jillian immediately wake up and start moving around the house. Emmett heads downstairs and notices that they are on an indoor lock down. He heads over to the back door and tries to listen to see if he can hear anything going on. He sits on the kitchen couch. Jillian comes out to the HOH room balcony and asks Emmett why they are on lock down .. is it for Part 1 of 3 HOH? Emmett says no. Jillian gets told to put on her mic and so she goes back into the HOH room. Emmett sees Talla come out of the diary room and asks her how long she was in there for. Talla says awhile, before you guys got up. Talla says she is going back to sleep. Gary then heads into the diary room. Emmett goes to the bathroom. Gary comes back and joins him and says that he has to do a diary room session. Jillian joins them. 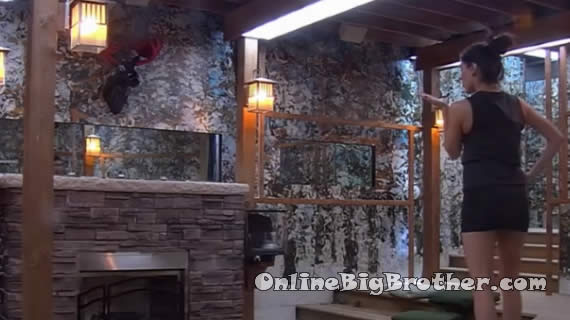 Talla talks to the moose

Talla: “HI Henry.. Oh how did I do ooh.. well I thought I had to created a equation to get a f*ing answer..
“THen I couldn’t find my age on a money bag.. Really stressful”
“But I have faith you do to… and… ya I guess we’ll see what happens.. not tubing it tonight bye” 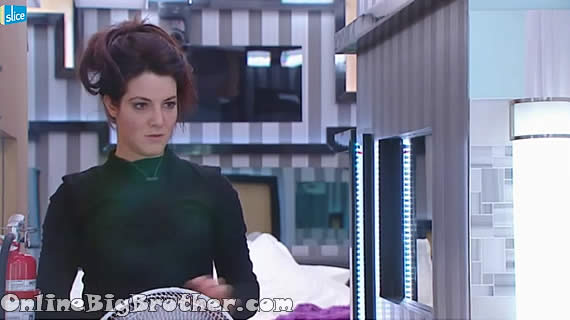