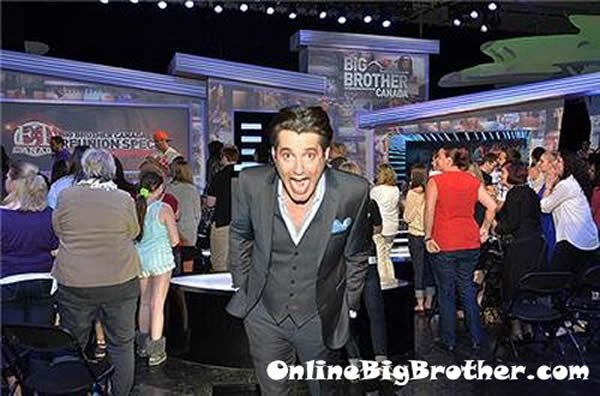 Here is a short mash up of the behind the scenes video clips before Reunion Special of the house guests. Reunion host Roz Weston back stage. Jillian on what she’ll do with her winnings. Glitter Gary’s leg injury gets patched up. The Tom and Liza show! The video also shows Andrew and Aneal hanging out before reunion episode. 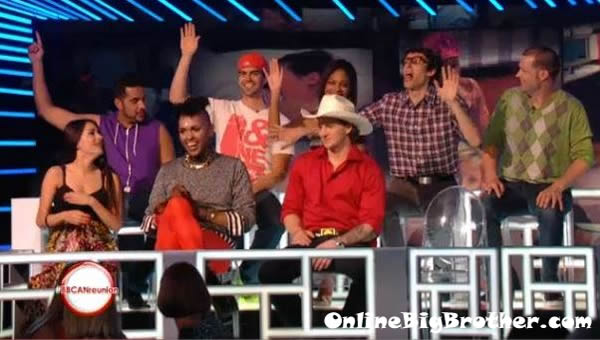 From the fights and showmances, to the confessions and mistakes, I couldn’t wait to show the houseguests what they’ve never seen – how they talk about each other when they don’t think anyone is watching!

When we sat out to plan the Reunion show, we had one mandate – let’s make the show the fans want to see! Let’s ask the questions the fans have been dying to ask, and let’s see how a showmance survives when one half is told the truth! That it was all just a game!

Will Liza pick Peter or Tom? What will Topaz say when she hears Alec refer to her as an ‘empty vessel’? And will Jillian and Emmett make-out in front of our live audience?

All those questions will be answered… I promise! 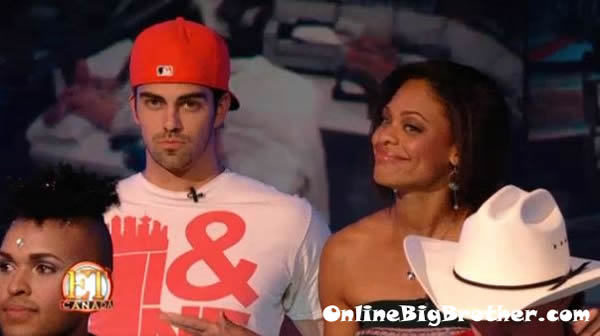 vids down on utube

Yeah the video failed to upload for some reason. I am uploading it again .. should be up in not too long. :)

Thanks a lot for uploading, and for your work throughout the season! Props to you and Simon!

is the link on this page to the new video …. bc its still saying processing after like an hour …..

Yeah, sorry the video failed to upload. I uploaded it again and the new one is added to the post and is almost done.

What does Talla say after the whole Alec-Topaz showmance discussion?

Roz Weston waaaay better as a host than Arisa Cox!!

Arisa Cox waaaaaay better as a host than Roz Weston!!!

Simon and Dawg you guys are awesome. Thanks for the great site! See you when BB15 starts!

I watched this elsewhere and it’s a complete waste of time.
I don’t even understand the point. Not one mention of gameplay either.
What a missed oppurtunity.

Just saw:
“When we sat out to plan the Reunion show, we had one mandate – let’s make the show the fans want to see!”
They cannot be serious about that. Such a joke/dissapointment.

How come they didn’t let the non jury houseguests say who they wanted to win. ET is obvi pro Gary and doesn’t look like they wanted to see anything negative about him.

Roz reminds me of the host in the Hunger Games.

Bring on BB 15 and Julie Chen! A hostess with the mostest!

Andrew: “Emmett is giving me a compliment by saying that he couldnt beat me in the final.”

Emmett stone faced with no smile, looking like someone has just died

Jill turning around to Andrew sitting behind her, and Jill is smiling, clapping and laughing

Peter was making out with a bunch of girls last night in a club in Fredericton , gag me

Final thoughts on the season:
“If anyone tells you that you can play the Big Brother game efficiently without lying..well..they’re lying” – Dr. Will, BB All Stars
Someone wearing a “Only Will Can Judge Me” shirt has no other excuse not to vote for Jillian, other than being bitter that they were outplayed.

Well I love Big Brother but didn’t watch the Canada one. I want to ask Dawg and Simon who is going to be on Big Brother 15 in America? not Canada or other country just the USA. Please bring Jeff and Jordan back they are REALLY MY FAVORITE COUPLE IN AMERICA. I know for darn sure they do not want to come back to Big Brother they are busy. And in my opinion I donot want to see anymore people that I don’t like just Jeff and Jordan. However I hear that people don’t like Rachel and Brendon I like them they are not better than Jeff and Jordan but I love them too I don’t see anything wrong with her about what other people say and I don’t mind her laugh eather to me its not annoying I like her laugh I would like to see Keesha from Big Brother 9 on Big Brother 15 this summer I like her:)) I am a Jeff and Jordan fan I love you jeff and Jordan. Oh and Dawg and Simon do you talk to Big Brother hosts and production and the contestants? I love what you do PLEASE PLEASE PLEASE do not quit this website I love it oh and im gonna give you a favor ok Simon and Dawg I want you to find Jeff and Jordan and ask if they are still dating and how they are doing and post it on this website thanks. They have a JeJo website they have there Twitter is on there its cool I love your website!!

OK I got a really big 3rd hand rumour. You guys are way better connected than me so here goes. Maybe you can dig up the facts.

So rumour I got is that BB15 will be in a simillar vane to Survivour this season. 1/2 all stars and 1/2 “fans”. Further rumours I have been told, and god knows the person may be pulling my chain making the whole thing up, is only 1 time players are returning as allstars. No Dan, Boogie, Will, ect as they have played atleast twice. Folks rumoured include Frank, Shane and yes sadly Danielle from BB14. Shelly is also being floated but I’m getting everything 3rd hand. And they know I’m a “nut” for BB. :P

The premise seems to be players that made big mistakes getting a second chance according to my source. I mentioned the biggest mistake of them all Marcelous and they never heard of him. Couldn’t remember if he played twice. My so called source isn’t an avid BB fan but got caught up in my daily raving about BBcan and BB14/13 plus allstars ect.

They have a pretty good imagination if I’m being BS’d. I only know them online I should also say. I guess 15 versus the original allstars at 7 isn’t that crazy. But they have had returning players dominating for several seasons now. Guys have fun figuring out this mess.

PS I’m about 25% believing it may have some truth to it.

thanks for the great coverage on this site

Wrong Miss Universe Canada Crowned Due to World’s Worst Typo
Denise Garrido managed to hold on to her Miss Universe Canada title for a solid 24 hours before officials yanked it away. It seems she was crowned by mistake.
Read more:
http://gawker.com/wrong-miss-universe-canada-crowned-due-to-typo-510253341
…

LOL! What’s up with Canadians and their voting this year?