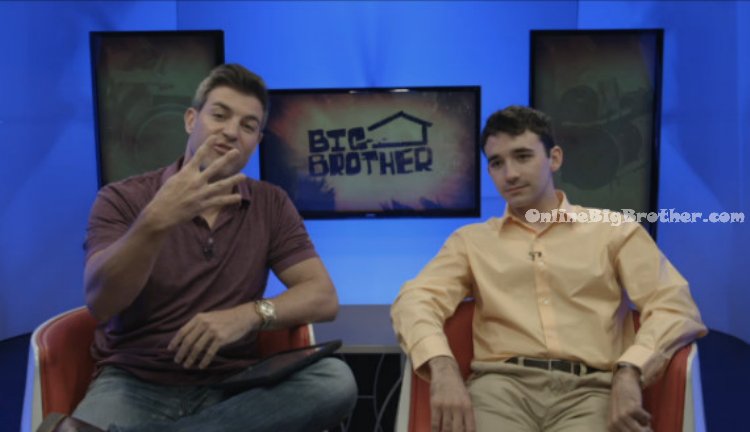 – we are now treated to our fourth “Winners Tell All” Live Chat event hosted by Jeff Schroeder. If you missed the first three “Winners Tell All” Live Chats they’re available on the live feeds to re-watch or you can read our summary of the Hayden Moss, Jordan Lloyd and Rachel Reilly live chats. As with the other live chats this event is also hosted by former big brother house guest and fan favorite Jeff Schroeder who is interviewing Big Brother 14 Winner, Ian Terry.

DON’T FORGET there are ONLY 5 DAYS left save 20% off the Live Feeds!
Save 20% if you sign up for the Big Brother Live Feeds before June 26th!

The Live Chat begins with Jeff Schroeder introducing Ian Terry and talking about what he has been up to since winning Big Brother 14. Jeff calls Ian the cutest guy ever! Ian says that he’s finished with school and says that he graduated back in December with his Chemical Engineering Degree. He says that he’s not using it right now but says he’s teaching Physics right now while living in Houston, TX. Jeff asks Ian if he is still single. Ian says yes. He says that this seasons girls are looking pretty hot. Ian talks about how he tried out for Big Brother when he was only 21. Jeff says and you’re the youngest person to ever win Big Brother. Ian says that he was shook when he went into the house and found out that someone was going home that first night. Ian talks about how he was really excited to have Mike Boogie Malin as his coach. Jeff asks if he had a feeling the coaches were going to enter the game? Ian says he had a feeling they would because there were empty key slots. Jeff asks Ian what his thoughts were with taking Dan Gheesling over Danielle to the final 2. Ian says that he knew Danielle had a couple votes locked up. Jeff ask Ian if he feels he is one of the best players in the game since he beat one of the all time best players? Ian says no I don’t think I am. Ian predicts that if Hayden re-entered the house he would be the one that could win it twice. Jeff asks Ian what he did with his winnings. Ian says that he paid off his student loans since he owed a lot. He says that he also bought a BMW.

Jeff comments on how he recently interviewed the new cast and says they are overwhelmingly not looking forward to slop but you loved it. Ian says being on slop got him in the best shape he had ever been in.

Jeff asks Ian what his predictions would be for the new cast? Ian says I would shy away from picking Zach or Cody – they’re the alpha males. They’re given a gift by having Devin in the house because he is huge. He will basically be a shield for the first week for them. Jeff says that Devin is a gentle giant. Jeff says that Donny might be the funniest guy that has ever played this game. America is going to fall in love with him. Ian says oh yeah book this guy tickets to the final 6! Jeff says he looks like a Duck Dynasty kind of guy. Jeff asks what about the ladies? Ian says that Nicole had some good things to say about me ..so … Hit me up! Ian says he would pick Cody, Zach, Donny and Joey are his picks to win Big Brother 16 ..in that order. Jeff says that he thinks Derrick or Frankie are his picks to win BB16. Ian says Derrick is a cop so he knows how to read people. 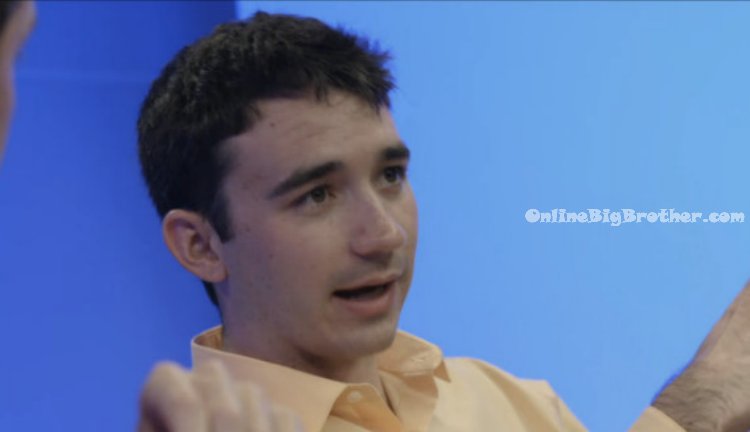 Go away Ian Terry I never liked you!