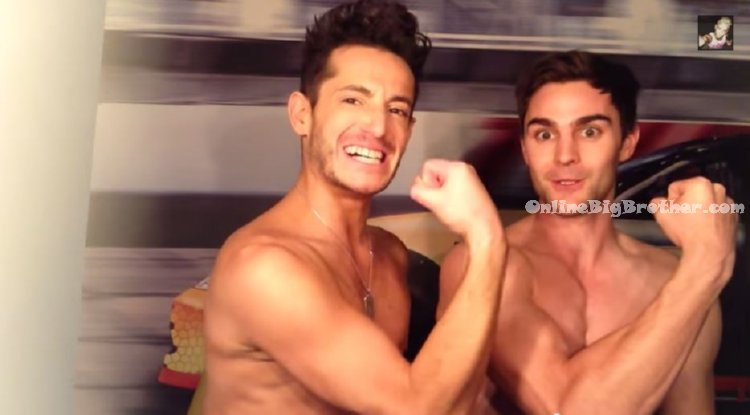 CBS just released the new cast of Big Brother 16 today and now all the digging into all of the house guest pasts begins. This is the time when we get to know the house guests before they enter the house, its our first impression of them. Whether good or bad its human nature to make snap decisions about people from our first impressions of them. Not to worry though we’ll have 90 days of watching some of the new house guests creating new impressions of the cast as they battle it out for the half-million dollar grand prize. Whether it’s fair or not, its a reality that new house guest Frankie Grande is well recognized. Frankie Grande’s twitter alone has over half a million followers which is not an easy task to accomplish. Frankie Grande is most notably known for being Ariana Grande’s brother but he also states he is an “Actor, Singer, Dancer, Producer, Director, Host, Philanthropist, Person, Personality, Youtuber, Smiler, Belieber, Arianator”.

Will his notoriety help him or hurt his chances at winning big brother 16? Its no doubt that having a famous sister with close to 16 million followers on her twitter will aid Frankie in any of the Big Brother “Team America” voting, but will it hurt him inside the house? Should we just rename “Team America” to “Team Frankie”? Will the other house guests recognize him, or will he divulge his relationship with Ariana? If the other house guests suspect he has a huge voter advantage will he become target number one? Only time will tell. What do you think? Does he have an unfair advantage? Or is it like what Ian Terry said in his “Winner’s Tell All” that this is what big brother is all about – People from different walks of life competing against each other and being a celebrity or knowing one is a part of regular life for some people.

Watch Big Brother Live Feeds at home or on-the-go! PLUS, Early-Bird subscribers save 20% 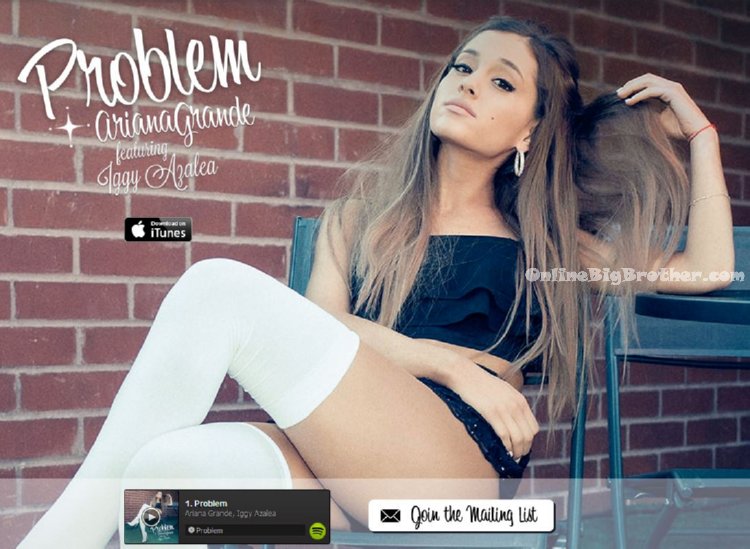 Ariana is a singer and lyricist. She was born in Boca Raton, Florida, to Joan Grande and Edward Butera, both of whom are of Italian descent. After growing up in Florida, She moved to Los Angeles when she received the role of Cat Valentine in Nickelodeon’s ‘Victorious’, along with Victoria Justice and Elizabeth Gillies. Ariana’s older half-brother, Frankie, is the only son of his and Ariana’s mother, Joan Grande. Ariana has a love for fauna and has her own dog, Cocoa.

Ariana is most famous for her role in ‘Victorious’ as Cat Valentine and she now has her own Nickelodeon sitcom with Jennette McCurdy called ‘Sam and Cat’ which is a cross-over of two characters from ‘Victorious’ (Cat Valentine) and ‘iCarly’ (Sam Puckett). She’s made music videos for some of her own songs, ‘Put Your Hearts Up’, ‘The Way’, ‘Baby I’, ‘Right There’ and ‘Popular Song ft. MIKA’.

Frankie making an announcement in Starbucks that he is in the New York Times Newspaper:

I really hope the producers won’t make it so there’s some kind of MVP power this season. Why do they continue to put these people in the game who can have a huge advantage because of someone they know.

I know he has an advantage because I gave him five votes because I am an Ariana fan!

I want the team america vote to go to someone who is there for the game! I voted for Christine like a million times because she seems to know where her heads at and knows a lot of big brother. Frankie is on the show purely for attention and if he gets the americas vote on more than one occasion i won’t even bother watching the rest of the season. I know this is just based on first impressions but i feel like Frankie was casted for a specific reason.

I am going to defend Frankie because I am a fraternity brother of his. I can tell you him and I have had endless chats about Big Brother. He is just as much as an insane fan as me. I DO AGREE however that he will most likely get an unfair advantage from this Team America thing which I do not like. But trust me, he will be a gamer. He loves Big Brother.

no
Reply to  Jake K.

Gaming my a**, he’s obviously there to try and make money from his sisters fame. I wanna see gamers, not attention seekers. The way he acts in the interviews couldn’t be more apparent that that’s all he’s there for.
Attention.

I really hope houseguests recognize him like they recognize Elisa and become target number one first week.
I don’t want famous people in Big Brother that in the first second in already fell like they have power because I’m sure he fell that ,I wanna see players and people that can be our new BB stars .I don’t like BB bring all this shit in a season of newbies
I have hope in Christine,Cody and Brittany at the second I see that three I went to pray there’s no floters shit this year. HAVE A NICE DAY ;*

Paola follows Ariana on twitter so she should recognize Frankie (they look the same..)

Oh and Nicole maybe a super surprise I hope

Much like last year(Elissa), production can’t help but through someone in there who starts with an advantage over the rest of the house guests. Last year Elissa wasn’t even worthy of a spot but it looks like they haven’t learned a lesson. They will never have the credibility they hope for if they keep pulling his &^$$!

Frankie needs to be careful to have target in his back because of Ariana. If he does, he screw so the next vote I will vote for Frankie!!!!

He said in his interviews that he wasn’t going to tell the other HG’s about his sister, but I predict he’ll spill the beans within the first two weeks. He says that he wants to bond with the girls, and I predict he winds up confiding in Joey. Just a guess, we’ll see.

No matter how it plays out, I can’t wait for the season to begin!

To me, the only way they find out is if he slips up, or he gets America’s vote somehow and they draw a connection between the last name, logically or through production’s interference. For Rachel & Elissa it was so easy because 1. They look like twins, 2. They had all of the same mannerisms, laughs, way of speaking, etc. To me, Ariana and her brother don’t look alike unless you put them side by side and then you can sort of draw out similarities. If he keeps his mouth shut for a while and then all of a sudden someone randomly comes out with “Omg I think that’s Ariana Grande’s sister they look just alike.” We all should be giving the ultimate side eye to production. I can see them now. “What do you think about his last name, Grande? Does it sound familiar?” and building upon that.

All they are doing is ruining the game by throwing in contestants who have giant advantages to begin with because they are famous/relatives of famous people.I hope Frankie is voted out first because of this.
How can it be fair for a relatively unknown person to compete against someone who has 175,000 fans and 10 million views on youtube AND whose sister is a mega pop icon? Might as well have thrown in Miley Cyrus siblings while your at it or Justin Biebler.
And please no MVP, no special secret powers and bring back the monday morning clear the air day like they had in season 2.

He actually sounds pretty cool when he speaks, based on the interview I just watched and once I got past the feminine stuff. He might be one of my favorites this year. I just don’t want him to turn into a drama queen at some point… lol