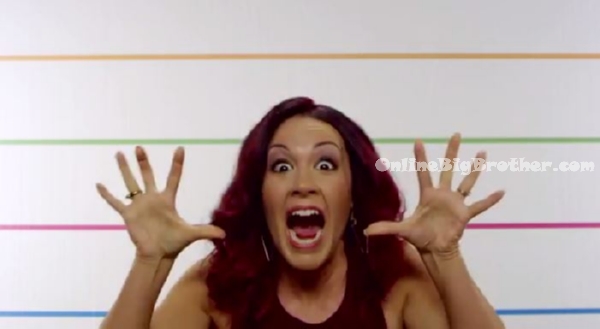 Although the Big Brother Canada Season 2 premiere isn’t until March 5th, the game has already begun for the house guests as they’ve now entered the NEW BBCAN2 House. 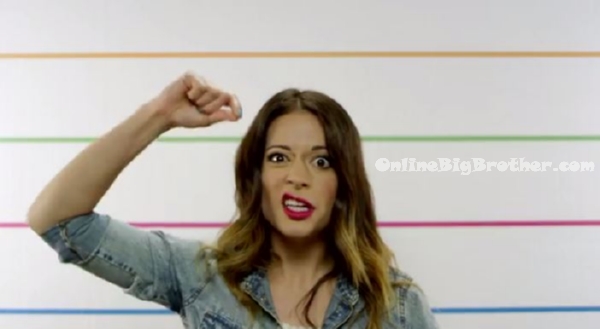 So people are already getting annoyed by Paul. He does come off as someone who thinks they are better than everyone else because they are older.

ok so with thurs 27 feb being day 1, the first ep should cover thurs 27 feb to mon 3 mar, days 1-5(covering thurs entrance through to mon veto ceremony) …so when live streaming begins on wed 5 mar at 10 pm et after the premiere ep, it will be night 7, with the first after dark ep starting 4 hours later 2-5 am et…meaning there should be a gap of 2 and a half days period of not knowing what has been happening from mon morning (the end of the wed premiere ep) to wed night when live streaming starts

Ok so in the US do we have any options tgis yearvwith live feeds …episodes?

i wonder if after dark canada is on a 5 hour delay every night(with maybe a 2 hour delay thurs so post eviction/hoh comp chat can be saved to the sunday 9 pm show)? if this is the case the action of 9 pm to 12 am et (and 12-3 am thurs night/fri morn) is shown 2-5 am et

Oy! I really hope Spoiler ONE isn’t from another BB.
Interesting word choice for Spoiler TWO, hope it’s something new and causes craziness!
REALLY, REALLY hope Spoiler THREE doesn’t interfere with game play like the Veiwer’s VETO & Voting Gary back in did w/BBCAN1
Hmm, depending on what was involved with Spoiler FOUR, could be more of a male endurance than female endurance.
Haha, Spoiler FIVE leads me to believe that BBCAN2 has learned something about info leaking! Wonder if this will lead to a REAL, LIVE eviction show. Has anyone heard if the eviction shows are still going to be taped, as they were w/BBCAN1?

This 15th “Mystery HG” is driving me crazy!
We need the LIVE feeds, NOW! I want to know who to like, dislike, then like again! :D
(Thanks for keeping us updated!)

Simon if you can put the approx start and end time of each live feed youtube clip you post it would be appreciated, so people know exactly what part of the day the action took place, but if not then no worries

Thats a great idea.. We’ll see what we can do.

I hope the Mystery HG isn’t someone from the first season. I have a feeling Tom really wants another shot at it. I could also see them bringing in Elissa. She is Canadian, sorta. It has to be someone semi famous. They’re not going to make a fuss about a Mystery HG then deliver a another newbie

why are the keeping the 15th houseguest a secret im guessing it’s a returning player from season 1 or American big brother or possibly a famous person what does everyone else think?

Because its Aaryn and all hell is going to break out.

I wonder how long before the male and female sluts in the house jump in bed together. In BB15 it took 48 hours. Come on Canadians, we can do better. Lets do it within 24 hours.

I haven’t seen any mention of live feed this year. Surely by now info on this would have been put on on their website, Are we sure live feed is happening?

Actually I just noticed that myself but why are they not promoting live feed if they are going to have it? Only a few days to go and virtually nothing. Has there been any mention on any of the promo video clips? Maybe this single mention might be just a throw-away comment sort of by mistake.

probably not promoting live feeds yet because, like last year, live feeds are free

also the new site, where the live feeds will be available, also hasnt launched yet…maybe monday it will launch?

do you know any way that we could get the live feeds in the US? I’ve been a bbcan fan since last year and since the feeds are free, I want to watch them too! :)

No doubt the 15 guest will be from last seasons group. Let the carnage begin!!

Do you have a link to the feeds so I can give you the business? Last season I donated because I couldn’t get in(BB usa). Forget what I did reguarding BB Can 1.

I just want it to start so we can get the 15th HG over with! It’s stressing me out! LOL
My personal nightmare would be if someone from the US BB was there. Is that even possible?
I don’t think I’ve ever looked forward to a Wednesday like this before! :D

The 1st episode hasn’t aired yet and I get the old thumbs down! Guess I made an impression on someone last season. hehehe

Thanks for the reply Simon. Also to the person who suggested Andrews brother as guest 15 I like the idea! New player but history as you stated in your post. 2 days til party time! looks like Sunday, Wednesday, Thursday as the norm with Thursday eviction day as usual. :)

I’m expecting the usual overplayed week 1 by a couple of these would be geniuses. Would really like to see a “Dr. Will” style of player. Social manipulator who can dominate without winning much of anything! Still the best who ever played IMHO.

Hey simon do we know of this years show will finally be filmed in hd????

Hmm I thought BBCAN was HD but I could be wrong. The Canadian feeds were higher quality.

Last house guest is going to be Andrews twin brother. It’s not game changing but will bridge this season with lasts.

Last house guest will be a pet animal. I’m guessing a Canadian bear.