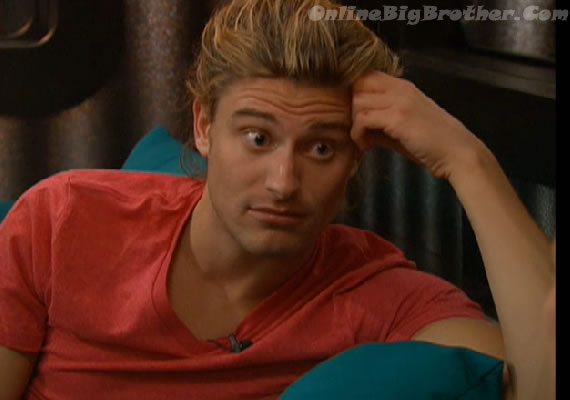 Big Brother 14 live feed Gallery. Each minute we take a series of screen captures from each Live Feed cam in the house and upload them to our Gallery every 10 minutes. This system runs 24/7 expect thousands and thousands of Screen Captures every day.

Looks like Frank will be safe this week but anything could happen there is still a bunch of until the Nominations on Thursday. I’m pretty sure we are seeing the Brigade part 2 forming.

If you want to go back to these times and watch them on the feeds you can using a rewind option called Flashback. Try the Feeds out Free 3 day Trial

I love you wil

Simon- in another thread you said you were going to post a gallery of bikini shots…don’t let us down (pun intended)!!!