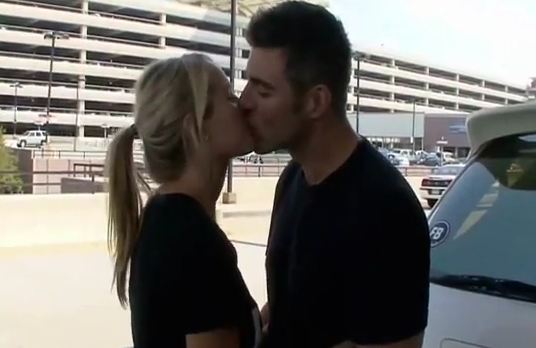 With the 14th Season of Big Brother set to start in less than 6 weeks, one can only wonder what it has in store for us. With the Big Brother 14 Cast Auditions finished and the new cast still held tightly under wraps, the anticipation is growing. We will likely see tons of Drama, Fights, Alliances, and Showmances, in addition to numerous Twists that keep us watching the most anticipated summer reality tv show. Stay tuned for more Big Brother 14 details as they are released.

Us Weekly Maganize had a small write up about America’s favorite reality Big Brother couples: Jeff Schroeder & Jordan Lloyd and Rachel Reilly & Brendon Villegas. Its rare to find someone you are compatible with, let alone find someone on a reality TV show and be able to stay together after the show ends. Two of Big Brother’s recent seasons couples have managed to stay together despite all odds.

“Amid all the scheming on the CBS staple’s 13 installments, four contestants found The One: Jordan Lloyd and Jeff Schroeder (season 11) and villainous Rachel Reilly and Brendon Villegas (season 12). Fun fact: Both couples later competed on The Amazing Race.”

Jeff and Jordan are currently in Santa Monica, California looking for an apartment to rent. Jeff recently tweeted out asking if anyone knew of a place they could rent to let them know. They are also currently working on a “NEW REALITY TV Show” with CBSi.

We at OnlineBigBrother.com are super excited this year about the release of our Big Brother iPhone and Android apps. They are 100% free, all the best spoilers right away on your phone. Notifications, Thousands of screen captures, HOH, POV, Nominations everything that is on this site now on your phone..

Maybe they could share an appartment with Brendon and Rachel ? …..

I love Jeff and Jordan. So glad they proved the doubters wrong. They are a real couple.