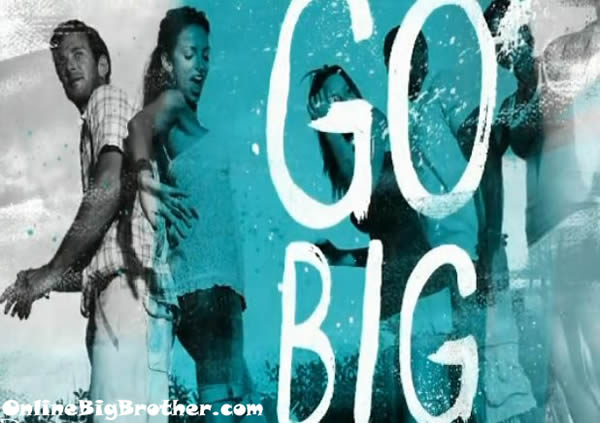 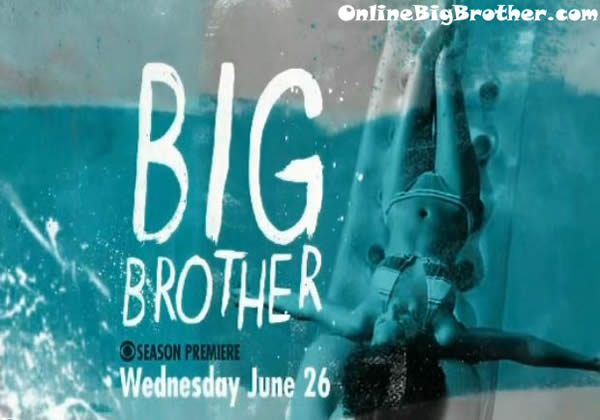 The FIRST CBS Big Brother 15 promotional commercial was recently released advertising this 2013 season of Big Brother to be the BIGGEST one yet! This new commercial doesn’t reveal any new information but it’s still exciting to see just how close we are to the première on June 26th, 2013.

Host Julie Chen recently talked about Big Brother 15 on her talk show “The Talk” stating that Big Brother casting producers are still looking for more house guests than EVER before!

We are anticipating this 15th season of Big Brother to have more than 16 house guests competing for the $500,000 Grand Prize. With an earlier start date than ever before on June 26th and an estimated finale date of September 18th this would mean that the house guest are locked in the big brother house for 84 days which is 9 days longer than usual! 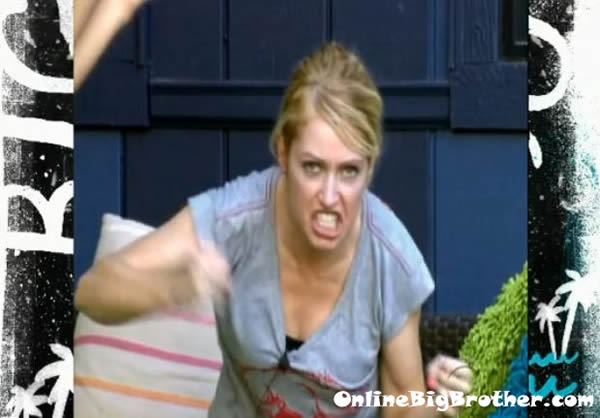 Here is the first Big Brother 15 Commercial released by Global in Canada during the Big Brother Canada Finale:

Hopefully there will be a twist. Including the first player evicted get the second chance.

Is that scene of Julie Chen the same from BB14 promo?

Begging for a whole new cast. If I have to see another returning house guest, I may just shoot myself.

I have a feeling it will be an all newbie cast, but production is going to go elaborate lengths to get creative with the comps and twists. Hopefully BB goes back to its roots. I only want all-stars if they bring back the consensus best players of all-time.

I totally agree with this. My favorite part of the game is watching the alliances form, and when you have a house mixed with vets and rookies the lines are already drawn.

I’m curious if anyone else felt like Topaz messing up the vote on BBCAN was totally staged. I think Production knew they couldn’t have Gary win having given him the second chance, and then Gary’s best friend in the house “accidentally” votes against him? I think it was all staged for TV. Just my opinion, but I’m curious as to what others think.

There is a lot of speculation about that – how could somebody who so clearly was in a ‘true showmance’ mess up her vote?
1: It’s ‘Topaz’
2: She admitted that they said to look into the camera, deliver your line, etc.

(If my post didn’t get completed by accident;) ‘Topaz’ was clearly so self-involved in her appearance and concentrating on the name Jillian that she entered Jillian’s name into the slot. Subconscious error. Evil Dick observed it the same way: that she was only concerned about making her performance and hitting her mark, thus making an $80k mistake in favour of someone she ‘absolutely despised’. The reason it looked staged is because the jurors’ mic’s were off during Arisa’s pulling out the votes and announcement, then Topaz put up her hand, and they went to here mic to hear what she was saying. No staging in my opinion – a matter of ‘Topaz’ still napping away the most important part of the game.

I don’t think it was staged. If I talked to Topaz and she told me 100% what happened and she thinks it was staged, then I may change my mind. Otherwise, I think she made a mistake. Producution wouldn’t of known who voted who unless they have to tell them before hand.

looking forward to all your coverage of BB15 Simon and Dawg! i also hope BB15 eps and after dark eps will be on youtube like the Canada season was

if anyone knows when the feeds begin let me know…the moment they enter the house(i think usually a Saturday) or not until 5 days later for the premiere Wed ep?

again cheers for your great efforts

Question – how was the voting order determined? Why was Andrew last? It made no sense.

They voted in order of eviction ie. AJ went first and Emmett VOTED last not Andrew. Andrew’s was COUNTED last but not cast last.

Yes – But why were they not counted in the order that they voted – it doesn’t make sense and makes it look staged.

I was also wondering that! I’d love to find out..

you ask why? why not bro? there are no rules to say they have to announce who voted for each of the final 2 in the order the jury voted

perhaps they wanted to leave Andrew to last because he had shared a great connection and most genuine friendship with Jill, as well as being the most respectful and loyal to Jill…plus the banter, common interests, likes, humour and laughs they shared

If big brother would have a twist, the ratings will either go up or down. I hope the twist will help the ratings.

I hope they bring people who will play the game and not just follow what everyone else is doing.
It gets so boring when everyone is so “together”. Maybe bringing back past HGs is not so bad cuz newbies are usually so scared to mx it up.

I don’t know if anyone is even going to read this but I am blown away after watching Season 8 BB US (Evel Dick). I love that nobody is ‘posing’ and the grittiness that these players display. Anyway, if you have any input, I’d love to read it. Looking forward to some down and dirty Big Brother (that’s my preference). I don’t like it when the contestants are seeking fame or using it as a ‘stepping stone’. Here’s hoping to a better produced Big Brother Canada next time around.

I agree but sadly every season there is more and more people cast that are looking at BB as a way to further “show biz” careers or are trying to mimic a favorite player from past seasons.

Dick used the social outcast/bullying strategy in season 8. Having Daniele there also helped him, but he was the “brains” behind their team. Daniele played poorly in Season 13 on her own, in my opinion. I’m hoping that they bring in an all newbie cast, but no super fans or fame whores. Just people that want to play on a reality show.

Also anyone know what channel the BBCan reunion will be on?

I just looked it up and it says: Wednesday, May 8 on Global TV.

I got this from ‘Angela’ to don’t thank me, thank her for posting it on the previous thread. http://eveldickdonato.blogspot.ca/2013/05/a-few-thoughts-on-big-brother-canadas.html

Whatever channel ET Canada is on in your area.

I was reading around and apparently this year will be a boatload of new houseguests and that slipped from JC. No returners. AG does read all these. She never wants to lose her fanbase.

I wish I could remember where I read that to give evidence to everyone else.

Personally, I am hoping for about 18 new houseguests (Maybe a new house with that many people?) playing good ole fashioned gritty Big Brother. Even the Back to Basics season 10 had the America’s player. I want 12 weeks of backstabbing, strategy, and lies. That’s it.

I’m hoping people that applied to the show are casted instead of wanna be models and actors who no nothing about BB!

Does anyone know the name of the song?

What song is that?!?