The Canadian television network Global has released a few new Big Brother 16 commercials to promote the new season of big brother that premieres on June 25th, 2014. The première will be a TWO-NIGHT PREMIÈRE event with the first on Wednesday, June 25th and the second on Thursday, June 26th. In the new commercials there isn’t any new information released about the season, however, we expect the photos/video of the newly re-designed Big Brother house to be released around Monday, June 16th. In addition, we expect that the new cast of big brother 16 will be released around Wednesday, June 18th. Although the new cast is still unknown there is a lot of speculation and rumors that Big Brother 16 will be an All-Stars season.

“BIG BROTHER IS BACK!”
Ginamarie Zimmerman “I am so excited!”
“ARE YOU CRAVING SOME DRAMA?”
Andy Herren “We’re going to be fighting like wild animals!”
“HOOKED ON SCHEMING?”
Judd Daugherty “There’s nowhere to run, there’s nowhere to hide!”
“MAYBE YOU’RE YEARNING FOR SHOWMANCE?”
Amanda Zuckerman “Someone in this house has been really naughty!”
“WE’VE GOT YOUR SUMMER FIX!”
Mike “Boogie” Malin “AWESOME!”
Britney Haynes “This game is freaking crazy!”
Jeremy McGuire “Oh my gosh, I love it!”
“THE NEW SEASON OF BIG BROTHER BEGINS WEDNESDAY AT 8pm ON GLOBAL!”
Helen Kim “I love this game!”

“NEED TO PARTY?”
Judd Daugherty “Let’s get it started!”
“WE’VE GOT YOUR SUMMER FIX!”
Britney Haynes “This game is freaking crazy!”
“THE NEW SEASON OF BIG BROTHER, JUNE 25TH ON GLOBAL!”

“HOOKED ON SCHEMEING?”
Britney Haynes “And backstab, cheat and lie!”
“WE’VE GOT YOUR SUMMER FIX!”
Judd Daugherty “It’s time to get my hands dirty!” 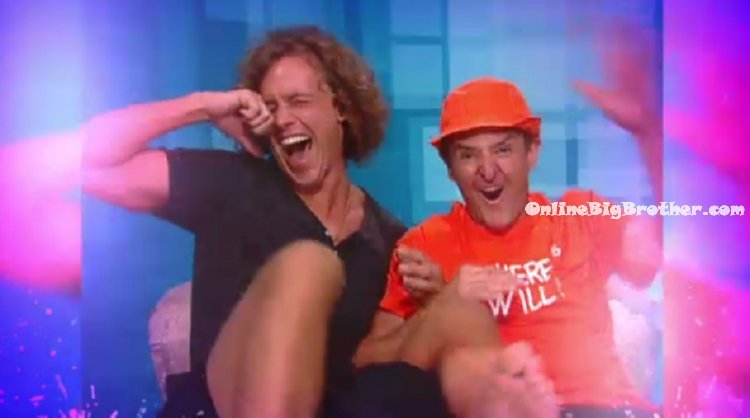 I always loved Britney. She has a lot of sass.

I like it to be all new players or all vets, but I have a feeling Production loves the idea of mixing vets with clueless newbs. I’m convinced that there will be newbs, it’s the question of if we will have vets for me. The last few times we’ve had vets it has been with mixing in with the newbs. After last season of all newbs with controversy, they may play it safe, by trying to appease everyone. From the thousands of people who auditioned, but to have some sort of control mechanism for production by having some vets. The vets are almost always production pets in a mixed cast.