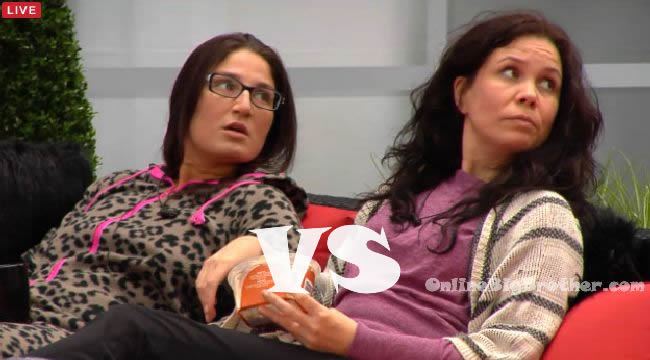 This week started out with huge potential as being a payback week for Loveita as she won HOH after the Third Wheel Alliance (Jared, Kelsey, Raul) almost had her evicted last week. After going back and forth a million times on her potential nominations Loveita decided last minute to make nominations that would rock the boat the least amount. She decided to break the cycle of going back and forth and chose to nominate Christine and Cassandra. Loveita’s ultimate target is Cassandra due to her comment “That dumb b***h won again” after she won HOH. Loveita also didn’t like how easily Cassandra was willing to throw her friend (Kelsey) under the bus suggesting she be the replacement nominee. Dallas became quite the hypocrite after he talked a lot of smack about Loveita not making a big move but then decided not to use the veto.

Christine is evicted.
This week as the majority of the house guests still don’t want power this early in the game. It will likely be one of the following: Kelsey, Jared, Dallas, Nikki, Maddy, Cassandra

Thank you – hamsterwatch for the spoilers!

NIKKI “Some times I feel like I turn into a troll”@bigbspoilers #bbcan4 pic.twitter.com/rjKbDwmkcB 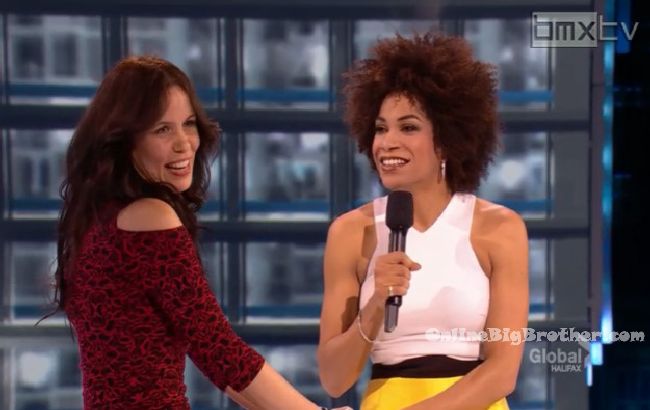 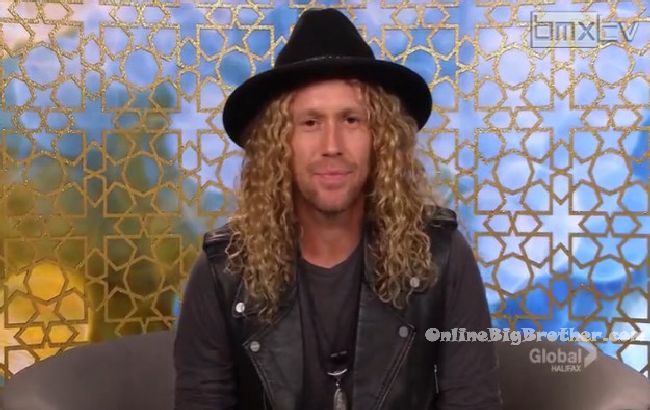 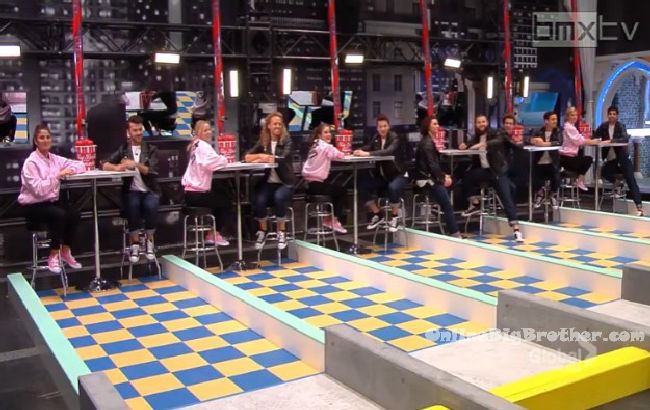 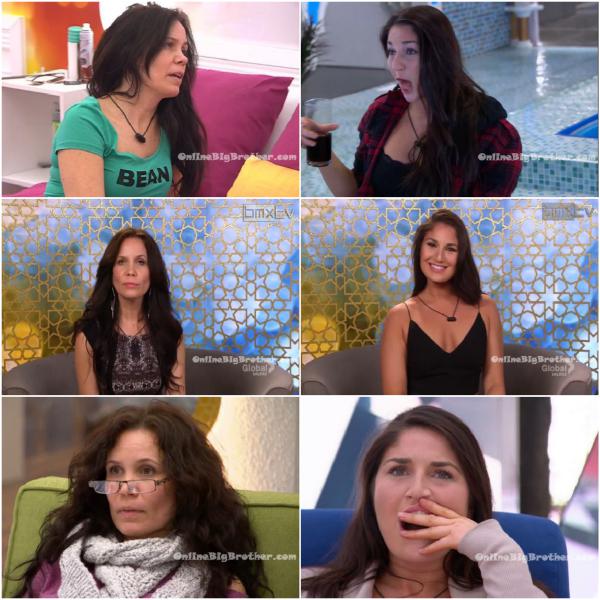 HELP keep the spoilers coming. Show your support by making a donation.

If what I’m hearing on Twitter from Hamsterwatch is true than this upcoming week is going to be crazy! Omg. The way BB paired the HG was just dirty! They knew how to bring the drama for the upcoming week. I mean Jared/Dallas and Kelsey/Ramsey were paired up? Holy crap! And the pairs have to choose who is HOH? This is madness… and I love it!

Same with putting Tim with Maddy, Nikki with Phil and Cass with Raul. Tim throwing of course, he wants the middle to rise. Nikki has no physical comp ability to counteract Phil, if Cass runs around well what does that say about her ankle…

Caren in Canada
Reply to  Anonymous

She has been running around on it all week when no one is watching! I seriously just cant watch her anymore! She played the pity me card right up to and including her speech tonight I cannot believe I picked her as a fav going in and now even on live feeds when I see her I have to leave! After all the lies she has spewed this week, if there is a BB god, please send kharma her way! (just my humble opinion)

The Holy Veto
Reply to  Hann

I love it to it is so exciting

Arisa said next week is 90 minute eepisode and said something about the massive wildcard to rise.??? what does that mean? I dont want either Tim or Nikki to leave…does anyone know what she meant? someone else coming in?

Name
Reply to  tim to win

That would be totally fair for the brothers.

Caren in Canada
Reply to  tim to win

I have heard that Caleb from BBUS will make an appearance before months end, but I am assuming it I just an appearance and nothing more! I am almost positive it will have no effect on the game, but will perhaps host a comp, or like Dan did in first season maybe spend a night in the house

whatdidimiss
Reply to  Caren in Canada

Guest on sideshow? Another possibility.

They should have picked names out of the bag like they do for veto. Pre picking how they did certainly was planned and created for drama.

I cannot say that I will miss Christine.

pretty sure Joel is HOH…

Who does everyone think Joel will target/put up. ??

Joel and mitch won?! Why?
I thought for sure that team would be throwing it. It will be interesting to see who he puts up. He’s been close with everyone. My prediction is Nikki goes home this week.

Joel is the new hoh. will he allow Cassandra and Tim to run his hoh? Loveita? Mitch? the brothers?
He’s afraid of the power the trio have, but he’s afraid of Dallas as well. What does he do?

Joel and Mitch won, And Mitch smartly gave the HOH to Joel lol! Now Mitch how did we know you’d do that you muffin you? ;)

SOOOOO happy Dallas didn’t win. Please be the next to go.

I’m not a Dallas fan but I think he would be the only one who would not have a problem putting up Jared and his minions. And that would be a pretty good week for live feeders. :)

I actually think Tim would be a good target for Joel.

I loved it too

So happy with this HOH win. This leaves a bit of mystery to who will be nominated and I love it. I’m glad Joel got it so he can get that letter. He is one of my favorites.

Judging by the game Joel & Mitch are playing, they should have thrown this HOH. Joel doesn’t need people going after him yet.

If Joel plays his cards right and puts up people that don’t have a lot of people protecting them I think he can get out of this HOH without becoming someone’s target. I’m not quite sure what his best move right now would be. I do agree though, it was a surprise that Joel and Mitch didn’t throw it.

Does anyone know what would have happened if the Pair could not agree on who was HOH?

I’m proud for Joel ; hope he will put Dallas not a fan of is game, not to be trusted, calling everyone floater he is the worst.
Sure don’t like is language. This is BBCANADA not a lumberjacks camps .he over use the F”&@)” words every 5 minutes.Big Brother is watching and listening.Put im in (have not) for a week.