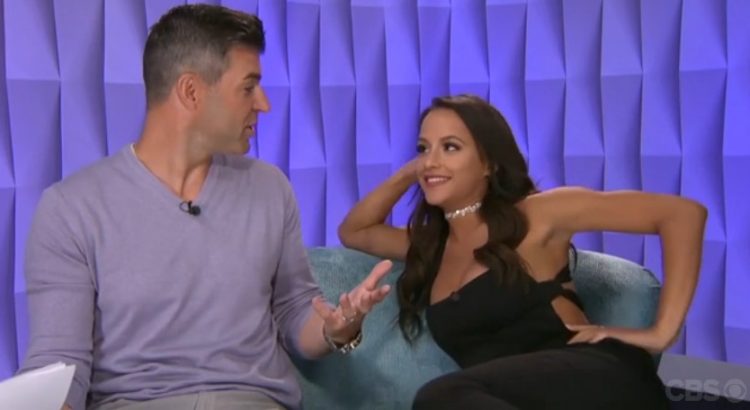 It’s upon us! Big Brother 19 cast was revealed today. 16 new players (hopefully it stays that way). Christmas Abbot is the only person I’ve heard about outside of BB, she may be packing a sizable fan base compared to the other players. After watching the Jeff interviews I’m pretty excited for the season. A lot of these players are going to be fun to watch.

Let us know what you all think of these players in the comments.

Grab your feeds through us to support the site. Live feeds start on the 29th. 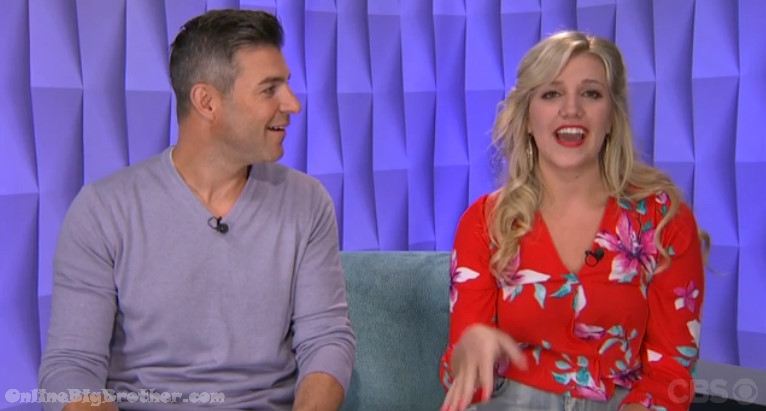 24 year old Timeshare sales representative from Las Vegas
“I gotta be more tough.. I’m going to be more of a personable social player”
Had weight lose surgery and lost 50lbs since January 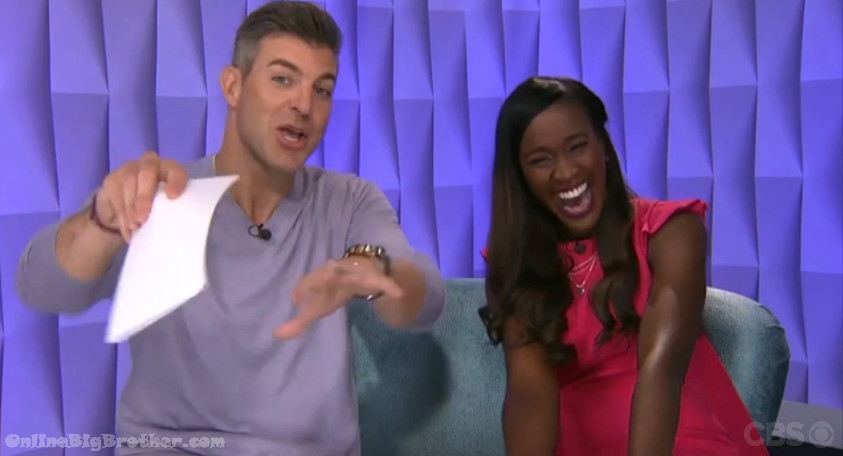 30 year old Nuclear Engineer Woodbridge, Virginia
“Dominique the Dominator”
Wears her emotions on her face , is a spoken word artist. She’s going to miss her cell phones the most. 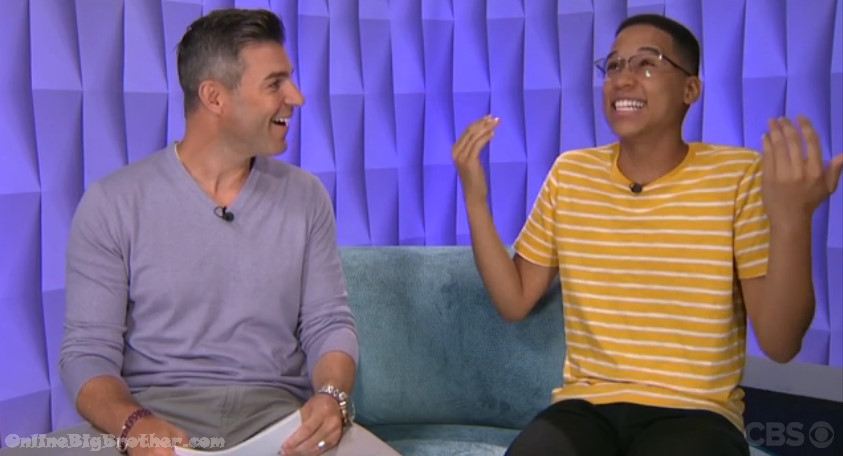 21 Year old Cosplay artist from Grand Rapids, Michigan.
Started watching the show 2 seasons ago. If he wins he’ll pay off his student loans and Travel.
His lip twitches when he pokes his cheek. Gave a shout out to BIG MEECH during his Jeff interview. 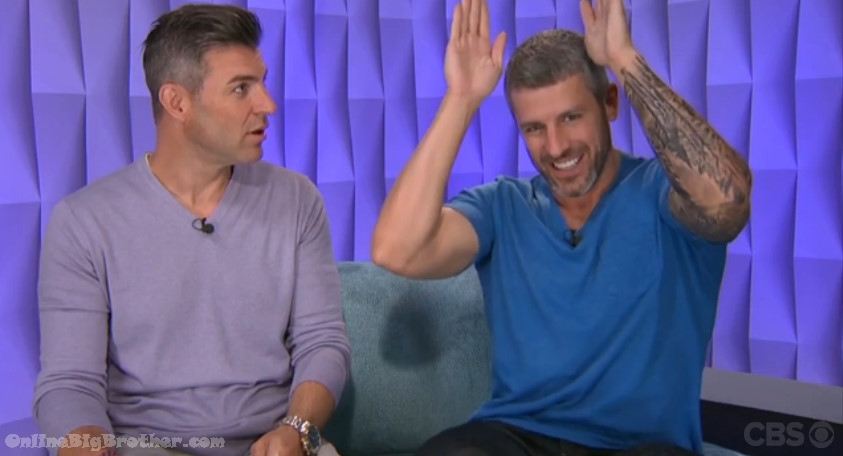 33 Year old Renovation consultant from Arlington, Virginia.
Excited to see the women they cast. Misses his mom and friends the most. Is glad the NBA finals ended before he left. 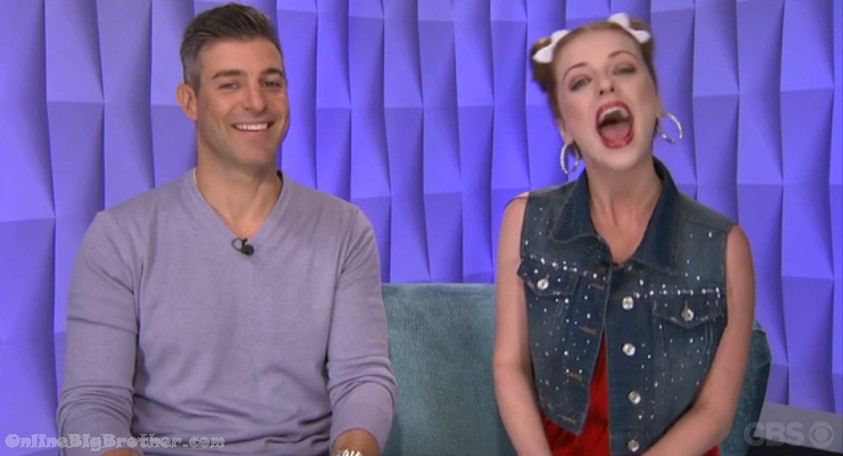 23 Year old Dance teacher from DeValls Bluff, Arkansas.
Sent a online submission and got cast. Single as a pringle. Doesn’t like a “debbie downer”.
#pacerpower 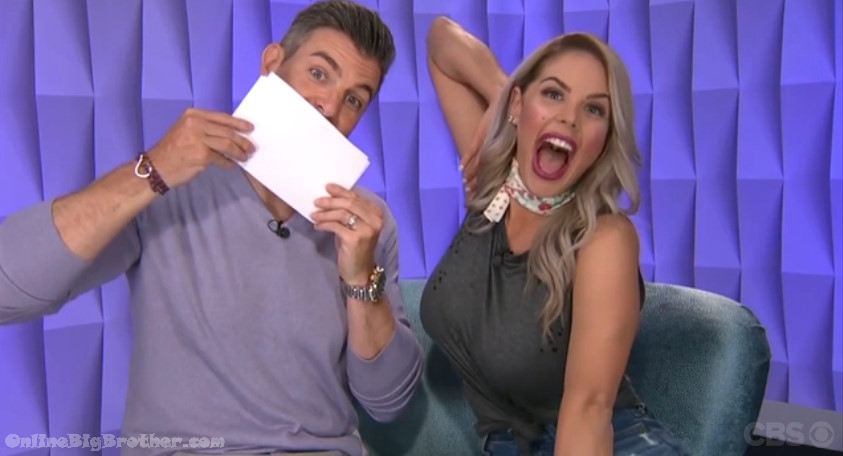 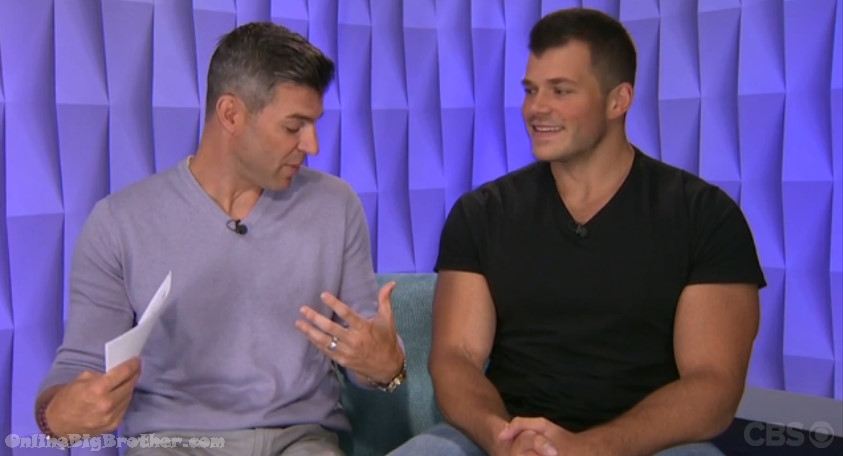 26 Year old Personal trainer from Grand Island, New York
Likes working out. Says he was star struck when he saw Jeff.
Tells Jeff he’s a little bit “women crazy” and it might be his downfall. 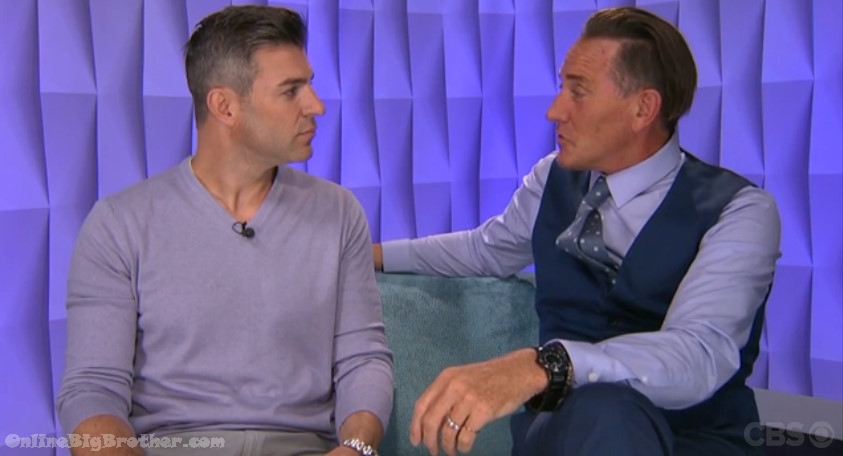 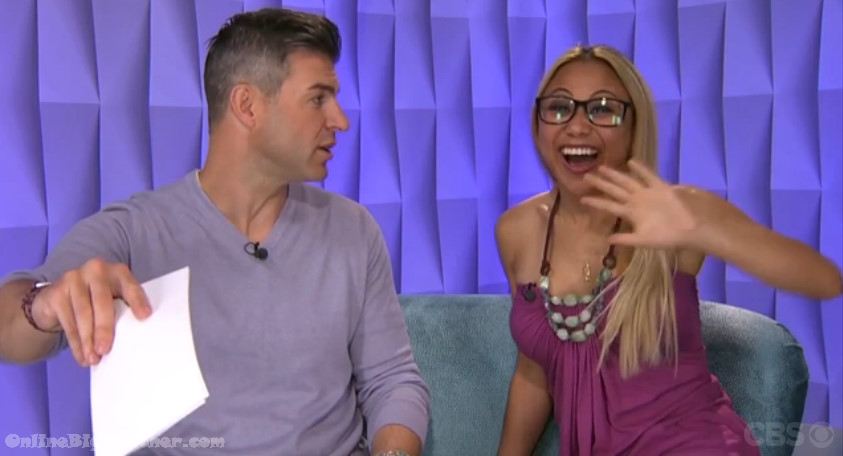 28 Year old Eco-friendly marketing representative from Camarillo, California.
Wants to team up with the guys. During the Jeff interview she didn’t recognize the person interviewing her was Jeff from BB.
#asians4thewin 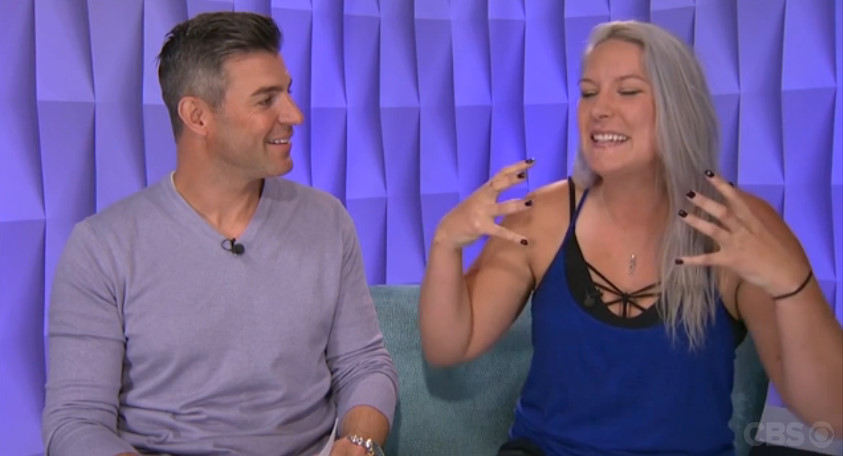 28 Year old Dog walker from Phoenix, Arizona
Says she’s a HUGE fan. Wants to play low key. Says she has a loud obnoxious laugh and she snores.
“I’m here for the summer of my life.. I want to experience everything” 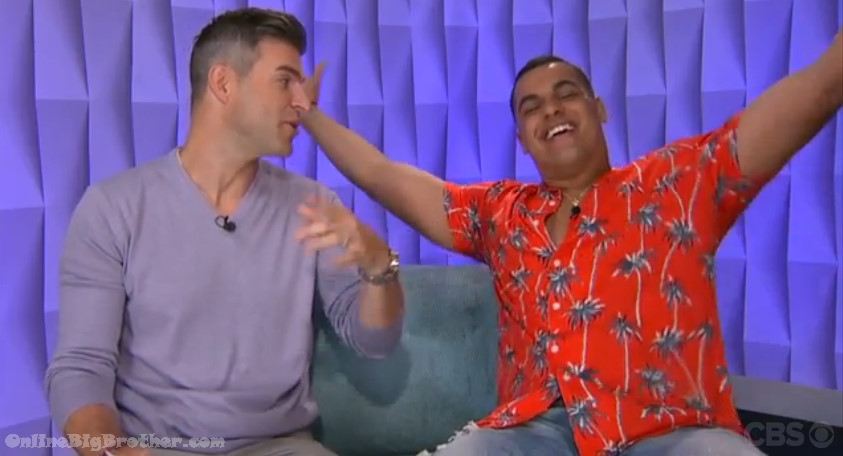 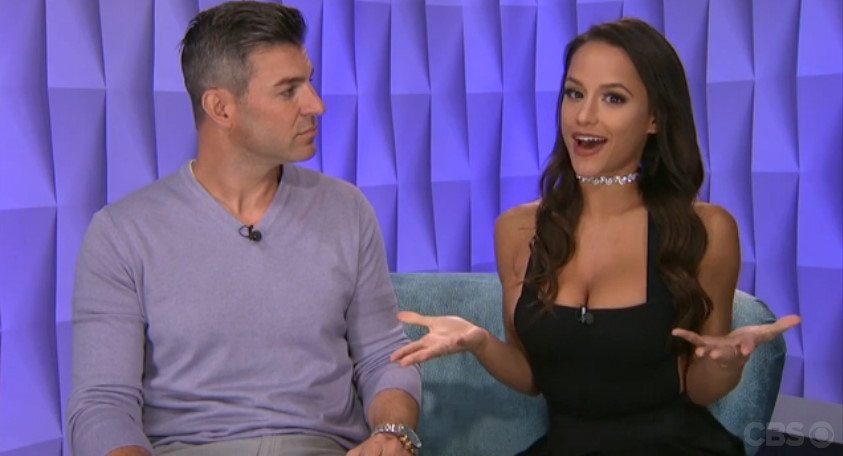 26 year old VIP concierge from Los Angeles, California
Says she’s boy crazy. Plans on being the life of the party this season. 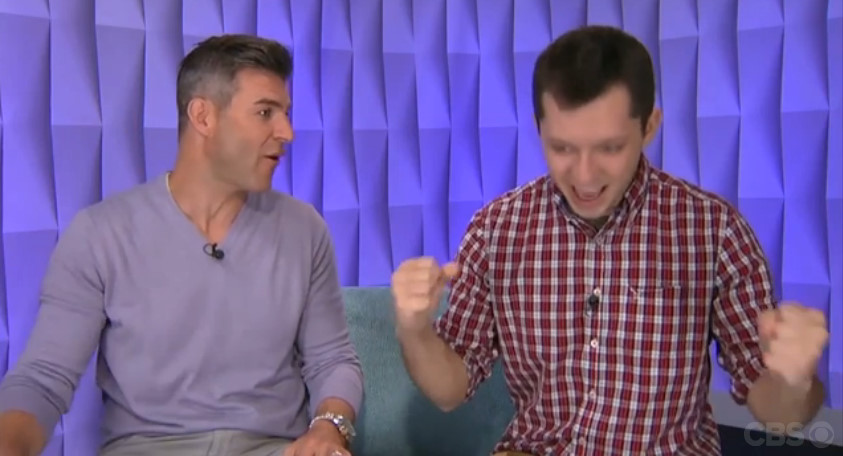 24 Year old Microbiologist from Woodridge, Illinois
Says he’s a super fan and watches the feeds. “I’m going to be the smartest guy in the house mark my words” 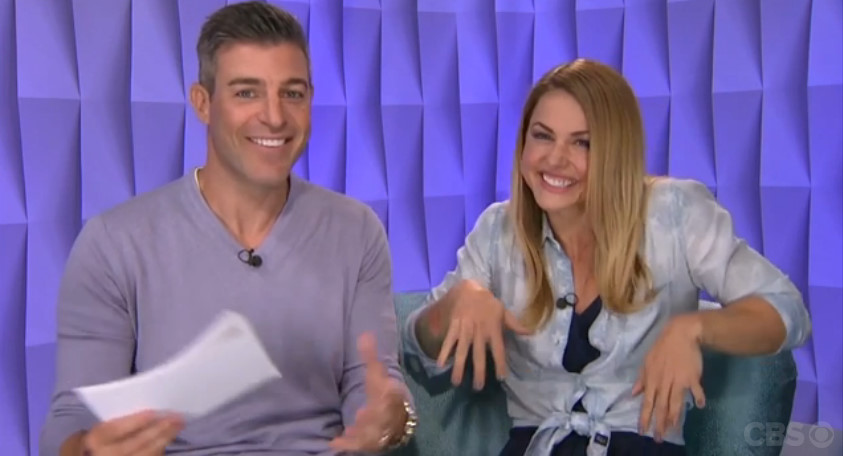 33 Year old Fitness superstar from Raleigh, North Carolina
“Everybody loves Christmas”
Claims she’s a fan of the show. Spent 4 years in Iraq as a civilian contractor. 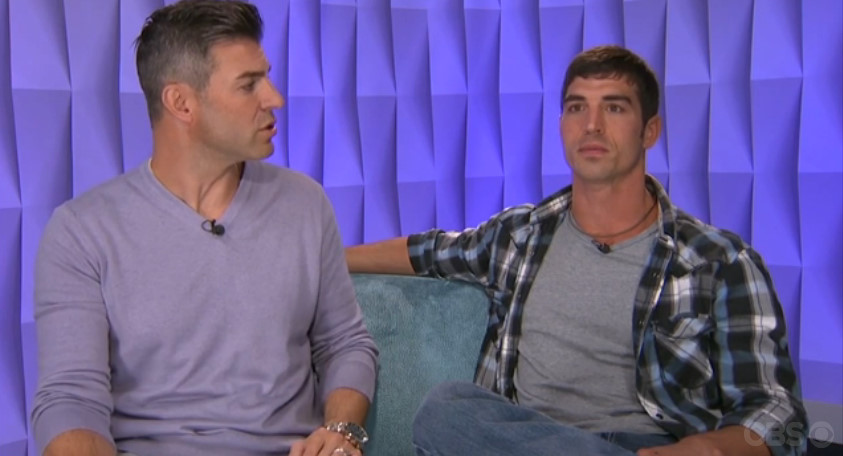 32 Year old Construction sales representative from Plano, Texas
“I don’t lie.. I don’t lie in my life.. I’ll lie about my age and take it from there” 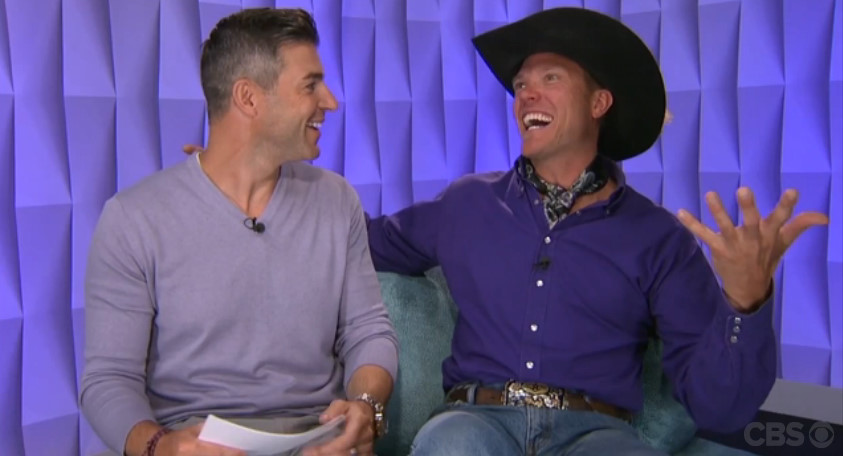 37 Year old Rodeo clown from Humeston, Iowa
Doesn’t worry about where he’s not only where he is. He’s married with a son that’s 2.

Cast looks solid. It’s going to be a fun summer :)

I will just wait and see

Totally agree. They’ve got a lot of the archetypes that have been good in the past: the “nerd,” the “free spirit,” the “bombshell,” the “meathead” and a couple of normals. Just so I’m clear, I don’t mean any of these as pejoratives because appearances can be deceiving. Also, FWIW, my track record of predicting who would do well and who wouldn’t is spotty at best. I predicted Davonne would win twice.

Nice to see people over the age of 30 in there.

Hooray an all new cast

Get rid of Paul!!

If you are familiar with Christmas, you know she is a publicity whore. Just what Robyn likes. We will see quickly if she knows the game or continues to be a fraud.

Ok. Not familiar with her. I really liked her at 1st impression but part of me thought she was too good to be true. As far as Jillian goes, I got a Reese Witherspoon/Courtney Thorne-Smith vibe from her

Kinda shocked that they picked this bunch and not the typical cast we’ve seen in the past 3 seasons. Bummed that Paul is going to be on candy crush so that means no returning for him this season. Excited for Kevin & Matthew (picking as my two pregame faves). Now here are where the twist are coming and possible returnees: They are connected to BB ALUMNI- Jessica work said with Liz Nolan and Elena is best friends with Tiffany Russo…. that’s what I got so far.
Also if any one can put the link of Ika interviewing the new cast that would be appreciated.

P.S- Some players already lied to Jeff and were a mess in the interview contradicting themselves. Again I’m surprised and who they cast and can’t wait to see!

Apparently Ika will be on ET Canada this week with her interviews according to her instagram…..so they will be little clips aired, dunno what day.

Jessica has some nice online pics…definitely here for exposure

Does someone want to try the new ranking system?

Simon will BBAD be on TV this year?

I agree. They look like the kids from school who try too hard, you know which ones I mean, sans about 2 of them. Ugh!

So excited about a new season of BBUS! Overall I really like the cast. This cast gives off old school BB vibes which is welcome. I just hope this Temptation Den Twist doesn’t impact the game too much.

They usually have that one outlier…poor Glenn. At least the ages aren’t too bad. Mostly mid-20’s to early 30’s, so not just a bunch of college age attention seekers. Hoping the producers avoid trying to shove a showmance down our throats, although there seems to be a couple folks looking to fill that role.

On another note, hopefully the heavy handedness of the producers last season will be curtailed.

Looks like a good cast this summer. Hopefully with this group the showmances won’t take all the attention this season

WHY IS PAUL BACK/ HE IS SUCH A EGO PLAYER HE SHOULD GO ASAP DIDN’T LIKE HIM LAST SEASON
AND LIKE HIM LESS THIS SEASON GET RID OF HIM!!!!

Hey look at the top to the list Jilian, Dom and Ramses are in order of evicted. That is if you don’t count Cody since he won the Battle Back. I don’t think that means Matt will be the next out though.

Seeing Matt and Raven together in bed could really be a video used in Gitmo to get terrorist to turn and speak. It is so vile and they are just odd and gross. At least with Cody and Jessica they are not uncomfortable when they kiss and there is genuine feeling behind them

This year the worst!! No surprises on who is going out. Paul will go to last two. knew that by the 3rd week. It is not because Paul is a great player either it is stupid people this season except for Cody. He had Paul’s number to begin with.

If this clueless cast would have listened to Cody in the beginning who had Paul’s number right from the start, this would have been a different, even watchable season. Paul wanted anyone with a brain who would stand up to him and not buy his bull out of the house. I can’t believe CBS is going to reward this piece of garbage 500K for bullying and violence.