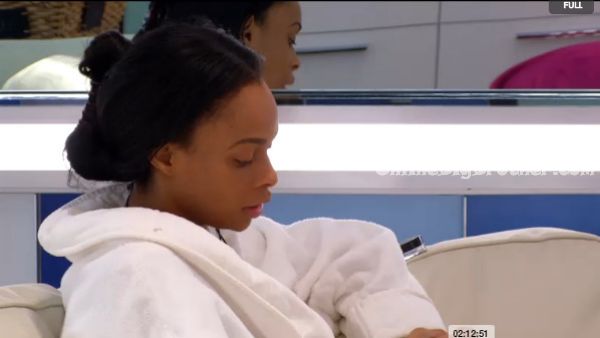 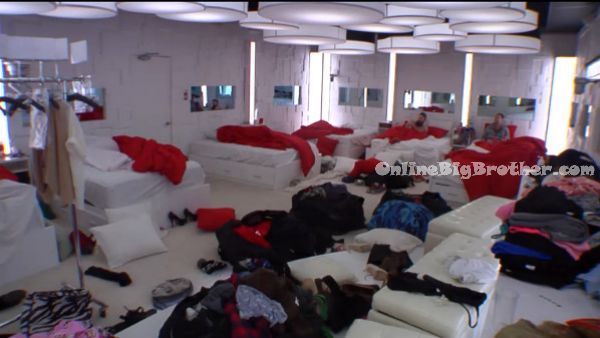 8:30am Big Brother wakes up the house guests. Up in the HOH room – Ika and Neda are talking. Ika says that she feels bad about Heather being up on the block. Neda says that she told Heather that she’s 100% safe but what if Adel wins HOH and takes Paul off the block? Would he use it? Ika says no, he said he wouldn’t use it, but that’s Adel. Neda asks what if Paul wins and takes himself off, would Adel go up then? Ika says yeah maybe. They talk about the what the POV competition might be like. They talk about how its hard to win the competitions against such physical guys. Neda says even the one yesterday was hard. Neda says that she found it so hard to keep up with Kenny. Neda tells Ika that the guys are coming after us next week. She says I think they would have come after us this week to had they won. Ika says I think so too. Neda says so why? Ika says that she wishes she could get Kenny out this week. Ika says if Kenny went home I think it would make it easier for us. Andrew is big and bulky and can win physical competitions but can’t win endurance. She says that Kenny is the glue that holds Andrew and Arlie together. Ika says if I had a strong alliance to do stuff like that, then I would but I just don’t trust the girls enough. Big Brother blocks the feeds and when they come back – Neda tells Ika that she thinks she made the right move. Ika says I think so too. Ika tells Neda not to tell anyone. Ika says it just woudldn’t make sense to make a big move right now. Neda says it just sucks because I know if the boys had won, they would have made a big move but they’ve got a stronger alliance. Neda says they still want Heather and Adel out. Ika says so we still have a couple weeks then. Neda says I still want Allison out, doesn’t everyone else. They talk about how physical Allison is and how they haven’t seen her really compete yet. 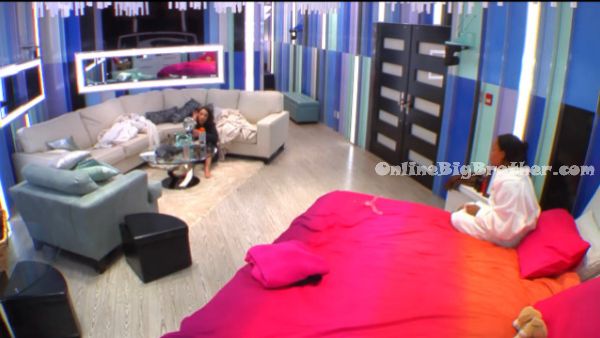 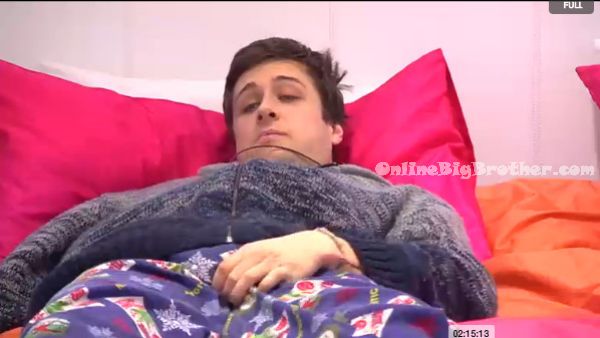 9:25am In the bathroom – Sabrina does some touch up hair trimming for Kenny. The last time Sabrina had the trimmers in her hands she butchered Arlie’s hair. 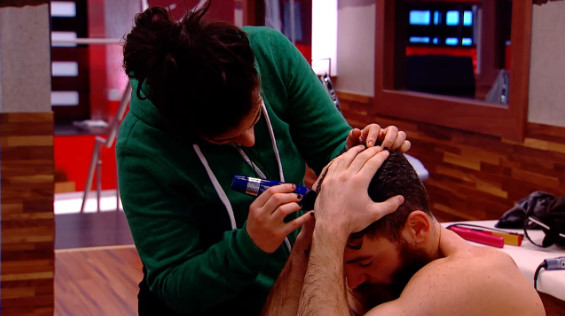 9:30am Big Brother tells the house guests that they will be on a backyard lockdown in half an hour. The house guests continue to get ready and eat breakfast. The Power of Veto Competition will be held later today.

11am The live feeds are still currently blocked. The nomination ceremony is likely happening right now.

I can see paul being lucky and making it very close to the end because these people all underestimate him. I think the girls should be trying to get rid of Allison first. the boys have a stronger alliance and more trust then the girls and Allison will only make them stronger. if they were smart they would be plotting to get rid of Sabrina. she is the biggest threat in my opinion.

Ika and Neda talk about not being able to beat the “boys” but end up putting two people on the block who they can beat.
Helen fr BB15 waited to take out Amanda, said it was not the time to do so and we know how that ended up,
I feel that these girls are not smart enough to play BB

someone needs to stir the damn pot!!!!!

if there is fixin in BB, i hope it happens today with Adel winnin veto to take paul off the block

ps: i heard somewhere that paul stated he knew he was going home, so he is going to eat regular food while on slop to punish the other house guests, is that true??

I didn’t hear that but even if he did it would be more likely that he would get a penalty vote against him rather than the all the house guests be punished.

I really want Adel to win the veto and take Paul off the block. Then lets see if IKA has the brains to out up a big threat, or will she just put up someone like Rachelle as a pawn to get Heather out. Go Adel!

People are scared to stir the pot because well did you see andrews hoh, half the time he had 4 of the girls up there in his bed and the other half of the time he had kenny arlie and some other guys up there. Ika wouldn’t last very long if she put up andrew, no one is going to savbe or protect her but that being said andrew already said he wants to get ika out right after paul so….. ika’s day look numbered, they don’t want her in jury because she “plots and schemes” according to kenny and sabrina.

Is Allison in the house? Have any of the girls (besides Sabrina) even talked to her? Probably smart on her part to stay away from the other girls as it appears they don’t have a clue on how to play the game.

Ika is a moron. What a waste of an HOH. She knows the guys would have put up girls, Ika would have probably gone up. She knows that next week if the guys win hoh, they will put up girls. She sees that Kenny and Andrew are unbeatable, and now this new girl is getting close to them, and she is physically the strongest of the girls. Adel promises her safety and protection if she makes the big move, and all she has to do is think about what Adel did for Kyle and Paul to see that his word means something. But instead she puts up the two people in the house that she can beat in a competition. All because she doesn’t trust the girls. What does she think the girls are going to do to her if she puts up Andrew and Kenny? They all know that they can’t win if both of them stay in the game, they all know they can’t beat them in competitions. What an idiot! I thought she had game, but she is done. She will be lucky to make jury.

I think Ika is smarter than some are giving her credit for and she does want to make a big move but if Kenny or Andrew goes home who does she have as an allie? At this point it seems only Adel, maybe Paul, MAYBE, so no matter what move she makes without an alliance she will remain a target.

If Andrew and Kenny don’t go home, who does she have as an ally? Nothing changes, and she loses a potential number. Nothing to gain if she makes the safe move, if she makes the big move, deep down everyone will thank her for it. Kenny and Andrew are major threats to everyone else in the house, whether they admit it or not. If Allison gets tight with the guys, the threat is even worse. Those three could probably dominate competitions and pick off whoever they want. So if she was thinking smart, she would realize that Jon, Neda, Rachelle, Heather (if she didn’t piss her off by putting her on the block) Paul and Adel would vote against the guys, and she probably thinks that Sarah and Sabrina would go along with it too. With Andrew or Kenny going home, it leaves Arlie, one of the two nominees and Allison on the other side, maybe with Sarah and Sabrina, but I expect Sabrina to melt down if Allison steals the guy’s attention. If she puts up two of the guys, then it prevents their side from gaining a number (Allison), and the girls gain 2 (Adel and Paul). I know you can’t trust Paul, but you can trust him to vote against Andrew and Kenny.

If Ika was smarter she would have secured more guarantees from those she is not putting on the block. She also would have done more listening to get more insight into the ‘boys’ thoughts on the other HG’s to assess where loyalties lie.
In this respect it is a waste of an HOH.

I wouldn’t call her a moron, but I agree it’s a dumb move. It’s also a gutless move.
Surely she must realize by now that this women’s alliance is a farce. What happened to women intuition?

The smart move would be to put up Sarah and Sabrina, both relatively weak vito players, as pawns, and backdoor Kenny.

that would have been amazing.