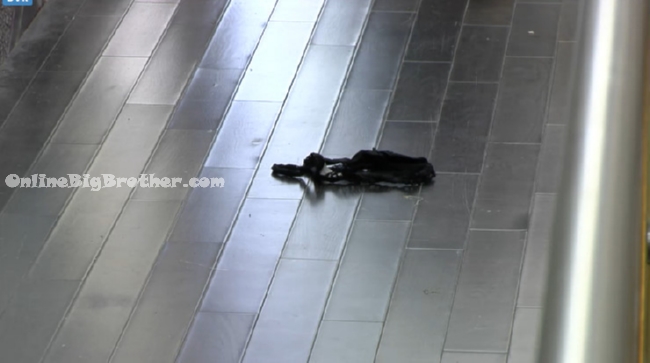 1:45am Bathroom Cindy Naeha and Pilar 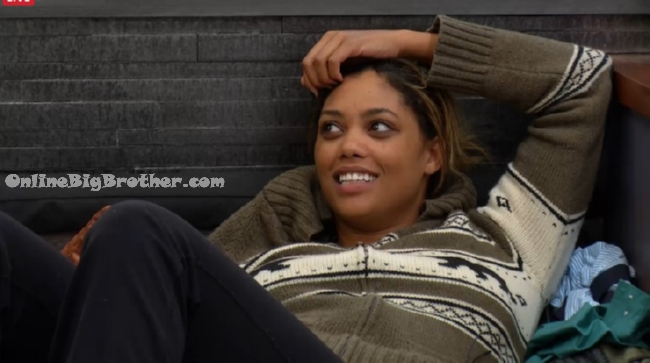 Chatting about the competition, Cindy says Sarah called her “Beast Mode Princess”.. Cindy again brings up how she was wanting Godfrey to Slip during the competition so he wouldn’t win.
Bruno and Bobby leave. Cindy keeps bringing up how great Britnee’s butt looked.

Cindy says she likes flirting with Bobby and touching his abs. She points out that Bobby told her the only reason she’s flirting with him is because he won the HOH. They make a big deal about him ‘thinking” that way. Cindy says she would have never put Bobby up this early and she felt he wouldn’t put her up so that is why she didn’t want to cut a deal with him so early. 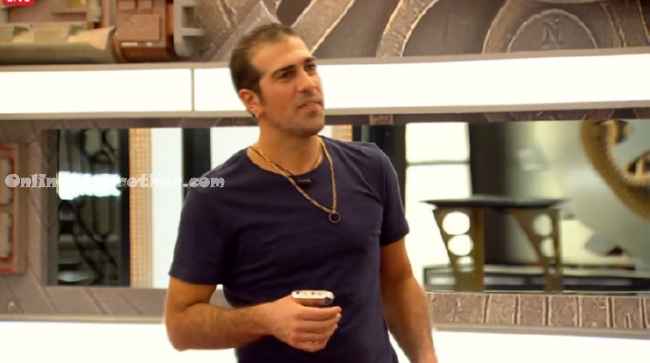 Bruno’s thumb is in a splint. 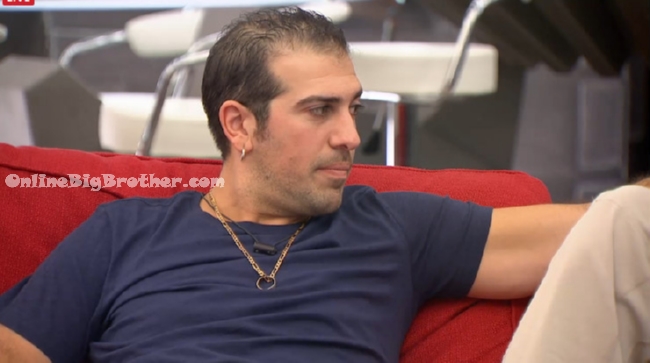 Graig thinks they can get Jordan to vote for their side. Bruno isn’t sure he thinks Jordan wants to hang with them cause there the boys but when it comes down to it he’s with the other side. They both like Naeha. Graig “She knows what’s going on”

Bruno says the longer Cindy is in the game the more poison she’ll spread “She’s the leader of the girls”
Graig “We have to be careful of an all girls alliance”
Graig then backtracks says they have two of the girls on their side Willow and Ashleigh
They both want to get Jonny out.

(Sorry the audio is out of sync with this video.. ) 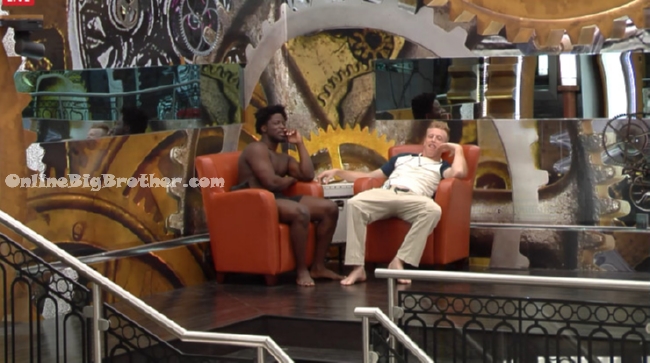 2:18am Godfrey and Graig

Talking about bobby is a floater. Godfrey wants them to make sure bobby knows the guys should stick together. They agree Bobby is very hard to read. They don’t trust him. They would have preferred Risha stayed over Pilar

They agree Jonny is a HUGE threat “He’s so social” They laughs that the only person safe is Ashleigh because she’s sleeping in the same bed as Bobby. Graig points out that Bobby also like pilar. 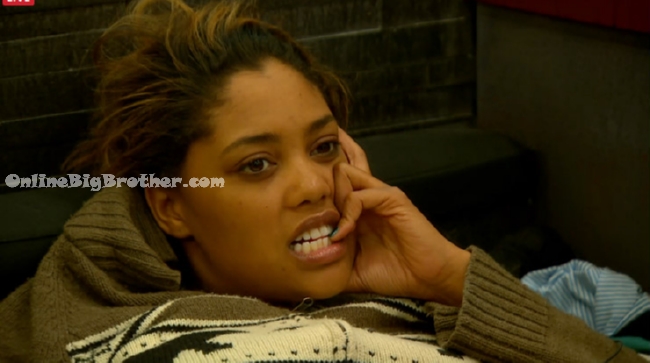 2:44am bathroom Sarah, Cindy, Brittnee and Willow
Chatting about the HOh competition they all thought Pilar would do well because she’s a gymnast. Pilar joins them mostly chit chat.. Sarah starts rubbing cindy’s feet and moves up to her knee.

So in general, most of the guys wants Godfrey and Jonny out. Bobby is so gonna get screwed. Did Graig tell Zach his real job, or did he find out on his own? I wonder if he is going to use that as leverage.

Godfrey wants a guys alliance, though he does not even know that everyone wants him out. Him, Bruno, and Graig seem like the outsiders of the guys.

Jordan is going to get played by Zack – Jordan isn’t the white buffalo that he thinks he is…. So far his skills seem weaker than the Shield

I believe that is Sindy–with an “S”