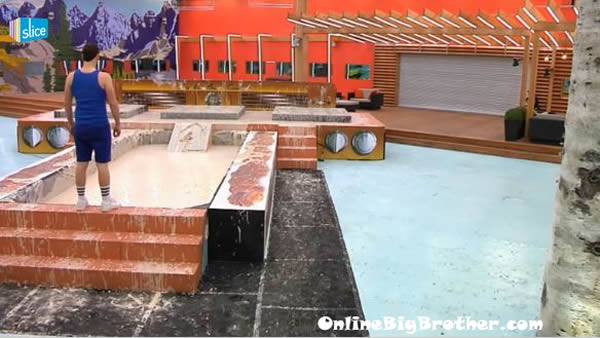 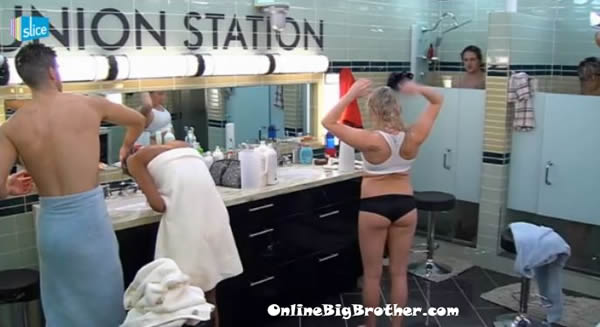 11:05am – 11:30am The Big Brother Canada live feeds are finally turned back on. When they return, the house guests are in the bathroom washing something out of their hair. They were competing in a havenot competition. Danielle is complaining about having something in her hair, eyes and ears. They decide that they need to wash their hair in the sink because the hot water will run out. Jillian comes in and gets Aneal to hold up a towel so that she can change in the corner of the room right in front of the camera. (The camera then looks down at her to watch her change.) Jillian says that when she came down from the HOH room and said “Eggtastic” and “Eggcited” she was feed that line to say. She comments on how it wasn’t “eggtastic at all”. They talk about figuring out the bed situation again now that the havenot room will be opened up for the havenots. Not sure who are havenots. Talla, Tom, Peter are a havenot. Aneal, Liza, Suzette, Andrew and Aj are haves. 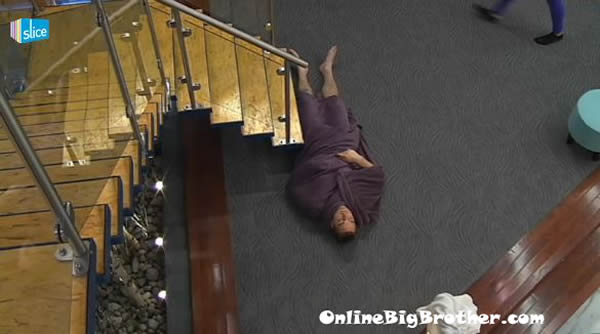 11:40am Jillian is in the kitchen with Emmett and Aj. She comments on how she is afraid of Tom this week. Aj says that Tom is just a sore loser. They talk about what the havenot food might be for the week.

11:55am Alec and Peter made slop pancakes. Alec says that his best description of what it tastes like is “cabbage wrapped in a dish towel.” 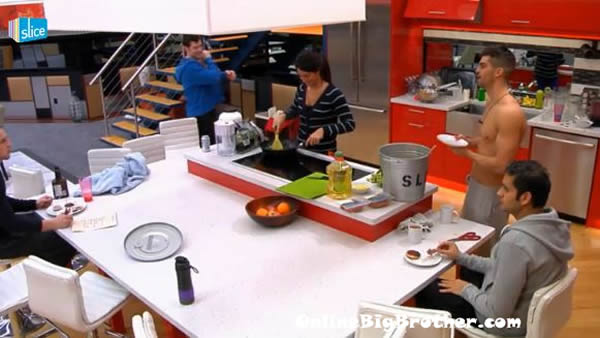 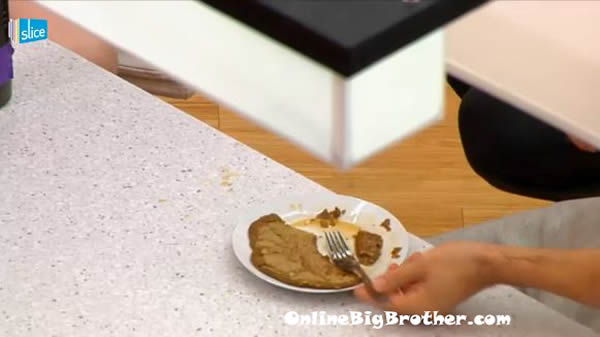 12pm – 12:25pm Meanwhile in the bedroom, Danielle, Gary, Liza are talking. Danielle is convinced that Jillian will be nominating her for eviction. Gary tries to talk to Danielle and tell her that either way they are fine. After Gary leaves Danielle tells Liza that Gary FU*KED HER! Tom comes into the room talking about being in so much pain. Tom says that he is going to change out of his underwear. Liza says that he already showed his “di*k”. Tom then says that his di*k is so small right now no one could see it. Tom pulls down his underwear and the feeds switch to the hush hush screen.

12:30pm Topaz tells Jillian, Gary and Tom in the bathroom that everyone has 20 minutes to put the lumber jack costume from last night on the rolling rack and roll it into the storage room. She says that they get to keep the grey toques.The house guests continue to clean off the egg or batter off their bodies. Tom heads over to take a shower and pulls down his shorts before even stepping into the shower. 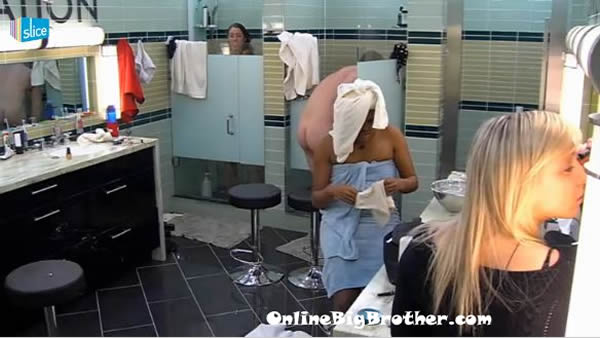 1:05pm In the living room Jillian is trying to untangle Topaz’s hair. Tom is sitting on the opposite couch watching. He complains about how horrible it is to have all the egg batter stuck all over their bodies. Tom says that this is what they should do to criminals. He says that he feels like such a loser because he lost last night and today. Tom says that Talla is waiting to take a hot shower but I don’t want her to take one because she doesn’t even have anything on her. Tom says that he is just grumpy. Jillian says that she would probably kill someone if she was on slop and someone looked at her wrong. She laughs and says just kidding. 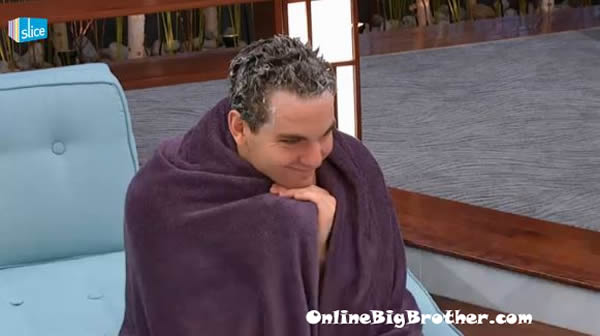