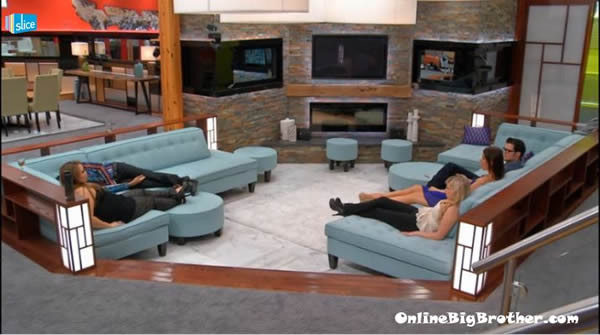 10pm Big Brother Time: When the live feeds start for the first time a bunch of the house guests are sitting around the living room talking about random stuff. Out by the hot tub Gary is talking to Kat? Kat talked about about how she thought the others made too big of a deal about blood on the toilet. Kat says that she was brought up differently and said that it’s a sanitary issue for her. They finish up their smoke and head back inside. 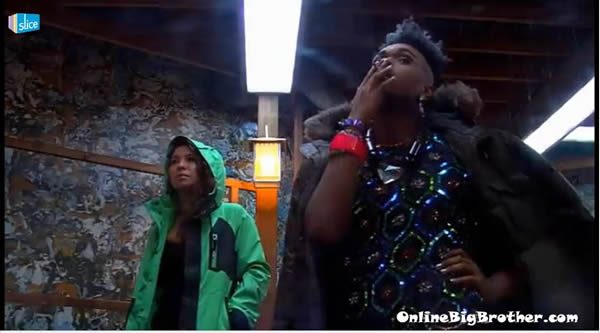 10:15pm Topaz, Liza, Aneal and Gary are all in the bedroom. Liza is changing while Aneal and Gary talking. Topaz tells them that they are going to play games like Truth or Dare tonight after they finish up their vd’s. Aneal asks if they should throw HOH. Gary says no because they are coming after me (Gary). Gary says that Liza wants him to win so that he can do her dirty work. Aneal says that he is going to win it. Gary you better invite me up there with you. They talk about how everyone is talking about throwing the HOH. Aneal and Gary start talking about voting tomorrow. Aneal says that he thinks it will end up being a 12 – 0 vote. (Tom used the veto and took himself off the block and Kat was named as the replacement nominee.) Aneal says that he is sure that Kat is going home. Gary starts talking about how Suzette still breast feeds her one year old. Talla and Topaz join them and they talk about playing spin the bottle and truth or dare. 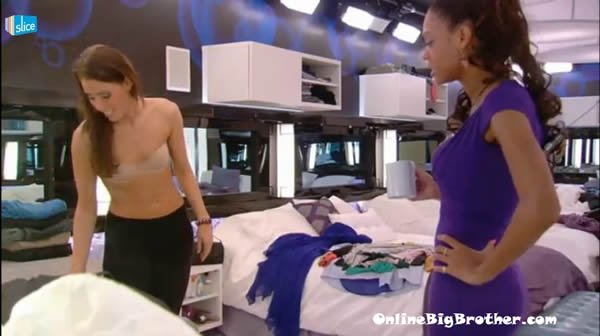 10:20pm Andrew and Emmett are outside by the hot tub talking about playing spin the bottle. Andrew says that he doesn’t want to play Truth or Dare but that he’ll play spin the bottle and stuff but that he isn’t going to stick his tongue down one anyone’s throat. Andrew says that the last time he did truth or dare was before any of the people were even born. Andrew and Emmett head back inside. 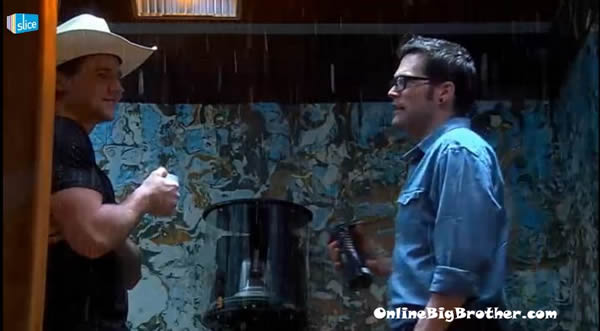 10:40pm Aj, Talla, Peter, Alec, and Liza are in the bedroom talking about random stuff and wanting alcohol but not getting any from big brother. 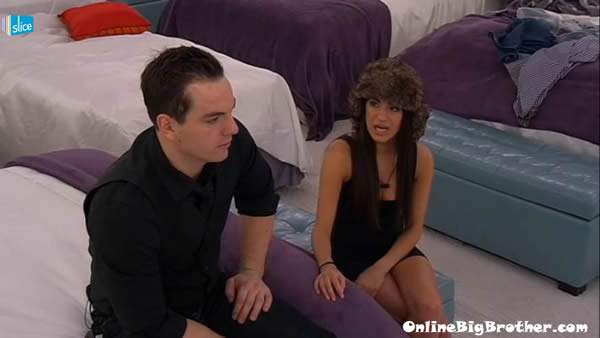 10:45pm – 10:55pm Suzette, Andrew, Kat, Gary, Topaz, Danielle and Aneal are all in the living room talking about their goodbye messages. Everyone leaves the living room but Alec and Topaz. Alec and Topaz are talking. Alec asks how isn’t it crazy how our families are watching us right now? Topaz says yeah. Alec says that he was just joking when he said that we needed to bone. Topaz starts flirting with Alec by whipping her hair in his face.

10:55pm – 11:05pm Emmett, Danielle, Andrew, Liza, and Peter are talking in the bedroom. Liza is talking to Peter about her parents and how they met. She talks about how her dad is a mans man that still loves and protects his family. She asks how am I ever going to find someone like that.

11:10pm – 11:30pm Out in the backyard Aneal and Andrew are talking about the bed situation and how there are only 7 beds for 15 people. Andrew says that it will be better once the havenot room is opened up and tomorrow there will be one less person. In the bedroom, Suzette, Topaz, Emmett, Danielle, Jillian and Tom are talking. They bring up how boring they probably already are for people watching. Tom says that they should play f*ck one, marry one, kill one. Topaz asks him what that is? Tom says it’s like when you are at the bar and you point out who you would f*ck, marry and kill. 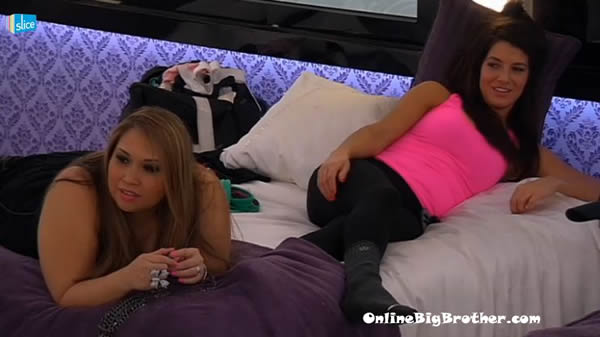 11:35pm – 11:55pmAneal and Kat are lying out in the backyard hammock talking. They are whispering about people knowing each other and telling people that they were friends before the game when in reality they don’t know each other. Kat says that she just hatched a plan .. a master plan that she says she is still trying to figure out. Aneal says that he has to go to the washroom and will tell him when he gets back. Aneal goes inside and comes back out after he’s done in the washroom. Kat says she’s got the plan. She asks when his parents emigrated here. Aneal says he doesn’t know, maybe when my brother was like 6 months old. Kat says I am 9 years older than you so we could say that I baby sat you. Kat says you should come forward to Tom and Emmett and say that you Kat, she used to babysit me. Kat says we can make up a twist and say anything we want, we just need to check the rule book. Kat says we need to check the rule book though, because Peter knows it like the back of his hand. Tom joins them by the hammock. They talk about how Alec and Topaz already made out. Kat says that she would make out with someone but that she wouldn’t have sex with someone on tv. 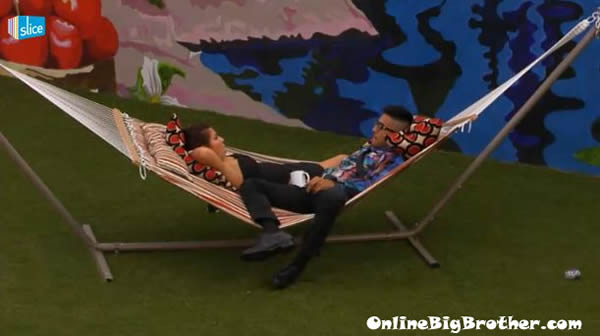 12:05am Jillian and Aneal are talking alone by the hammock. Aneal asks her if she is going to fight for the HOH. Jillian says that she will. Aneal says that people think that you won’t because you are playing dumb. Aneal says that he doesn’t want to pick sides. Jillian says that she doesn’t want to either she just wants to hang out with people she likes like him (Aneal). Aneal comments on how the hottest guy in the house likes her. Aneal laughs and says that he hates everyone. Jillian gets up and joins Kat and Topaz by the pool. Kat gets up and joins Aneal on the hammock again. 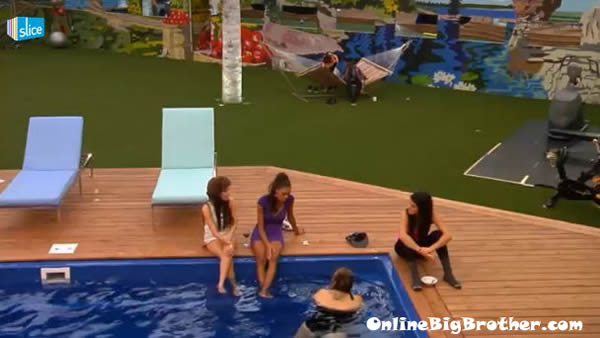 Hey where can we watch the first episode and will you guys post a recap?

There are already showmances on their “first day”. X]