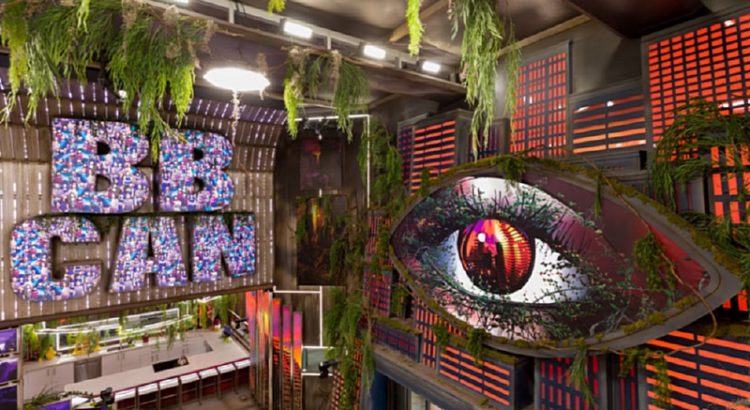 Big Brother Canada has released some more pictures of the house. Showing the post-apocalyptic interior complete with plastic plants and scenes of ruined cities. With the exception of the amazing Have Not room this house looks more on the garbage side of the spectrum to me. Almost like Global had a Tarzan series planned. Then some focus group killed it for being racist and now they are stuck with all these tree props. Does the house really matter? I would imagine most feed fans tune it out after the first couple of days. Still fun to see what they come up with each year. Maybe divert money away from plastic plants into doing background checks for potential houseguests.

Tonight ET Canada will do a full house tour @7.30et/pt. To see more images of the house check out Globals site.

If you missed the BBCAN9 case check out Dawg’s post here and catch up on why Ethan was removed here. 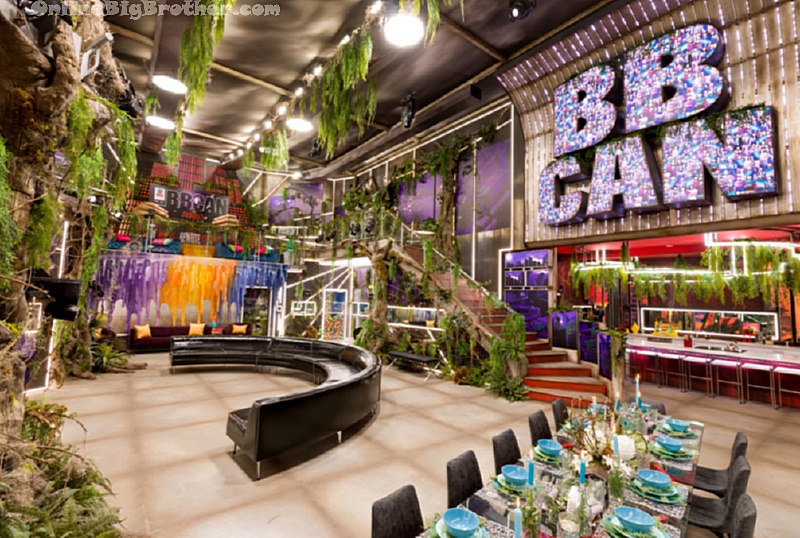 I want to let some of our regular readers know we won’t be covering BBCAN9 like we do BBUS or have done BBCAN in the past. At best we will try to get the critical spoilers out and most weekdays a nightly post of the feed highlights.

Weekend coverage may be more complete with a couple posts a day but again we are taking this season casually. With that said I still plan on watching a bunch of feeds and trying to find reasons to call this season Kraken :)

Also – There was a Kraken hour with my first impressions of the cast but after hours of work I found out Youtube blocked it for showing footage from the casting videos. Sigh. so … All that will not be going live. That project is not dead just a temporary hold.

Preview of the houseguest entering the house.

they added more black people to the cast this season, then thought it was a good idea to decorate the house as a jungle,…its soo racist!

Just watching the first episode, seems like a good group so far. So nice 5o have 5he show back!

Premiere
…
okay. I’m going to be the jerk right now. Show of hands if you were to cold open (not viewed the bios of any of the houseguests just saw a pic of them)… Who would you think the fans of BBCAN chose as the two team captains safe for the week. Bet you didn’t choose Kiefer and Tina.
Yeah, That makes me a really superficial asshat. I own it, but not because I have anything against either Kiefer or Tina. I just don’t expect the fanbase to vote based on anything other than the back to highschool superficial heirarchy roles. Like every season of Big Brother.
I can almost smell Denmark.
So Kiefer and Tina are immune this week. The two most likely to be the no blood eviction vote nominees are immune. oh. mmmmhm.
We’ve got a team situation going. That means with no veto and no hoh… the entire losing team of the other 6 players will be on the block.

I’ve never been a fan of the bios. Or the introduction from home intros. they’re hyperplastic with a tendency to throw the usual buzzwords out soooo many times that all value is lost.
So if we still believe in the 1,3,7 curse i think we’ve got Tina, Holly and LaToya walking around with the holy terrors creeping down their neck.
Kiefer before a commercial wants Tina to agree to a schoolyard pick of guys v. girls. Oh. mmhmm. Keeping note of that. Simply because it could come into play later when he votes this week.
TEAM DESTINY
Tina, Tychon, Tera, Kyle3, Beth (i think i will call her Holly), Victoria, Austin
TEAM DEFENDER
Kiefer, Jed, Latoya, Josh, Rohan, Julie, Breydon
Anyone else thinking if Tina didn’t get first pick team defender would be 6 male instead of 5? Or is that me just being judgy? Could even be (a) bit of a bit of (b) situation there.

Comp strategy: Tina is max loading their stongest players. Kiefer is spreading the added weight. Holly is out first. Josh, Julie and Kyle3 are out.
Comes down to Breydon (last picked to play), Rohan and Victoria. Victoria wins over the guys in the first endurance strength comp of the season. She will now have alphamales calling her a comp beast due to one win… and that will be a reason to target her early (if we follow any bbcan historical pattern this season).
Team Destiny is safe. Team Defender’s Jed, LaToya, Josh, Rohan Julie and Breydon are on the block. Reasonable minds would say okay, there are more men on the block than women, so a male is likely in jeopardy. You’d think.
That would be too logical.
Destiny gets a feast. Defender gets slop for one night. And we’re going to hear about it every time a Defender is a have not for the rest of the season.
Okay. I’m later than Usual with these thoughts. Technical issue with a frozen screen. I think i was dividing my attention too much. oops.

The captain picks would have been near the bottom of my list for who I thought would be team captain. Kiefer being west coast islander gets the OBB endorsement. I’m glad he’s the captain and safe for a week but wasn’t seeing that coming.

Guys vs Girls teams are lame the fans will side with the girls I can see it already happening.

I mean yes, historically east coasters vote as a block for eastcoast houseguests. That’s been a thing since ally in season2 shocked everyone by getting voted into the house over the dragqueen Contessa and the west coast guy Nate. So I can see her getting votes, but not enough votes to be a captain.
West Coast doesn’t typically vote as a block as often as east historically in bbcan votes. So Kiefer was even more surprising.
It feels more like one of those “votes”. As in fine print on the site during seasons 6, and 7 votes that states in order to combat any suspected robo voting, production maintains the right to cancel votes before during or after the votes have been placed without notification “votes”. They’ve got a storyline plan, and an easy bloodfree vote isn’t in that plan.