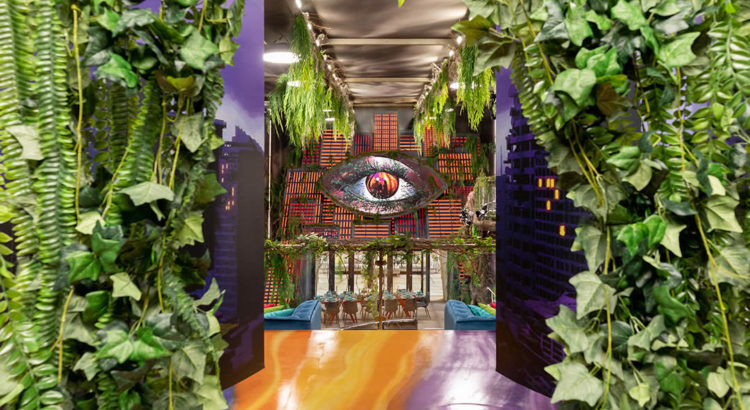 With Big Brother Canada 9 premiere less than one week away we’re getting more information about the season. Here’s a news roundup before we check out the mess they’ve made of the house.

14 new Cast members revealed along with a new Team twist!

“houseguests will be competing in teams to start the season and you will be choosing the team captains! TEAM DESTINY Vs TEAM DEFENDER”
BBCAN9 Cast reveal

From what we saw online Ethan was removed for past allegations of  “Sexual assault, Harassment, racist words, saying fa***ot, Almost punching a girl. “and that’s not even half of it,” said a classmate @__jonastark.” He was replaced with Hockey great Kyle Moore. (rumblings from the BBtwitter that he also needs to be removed for actions his best friends made in middle school..)
Ethan Quance removed from BBCAN9 cast Kyle Moore added 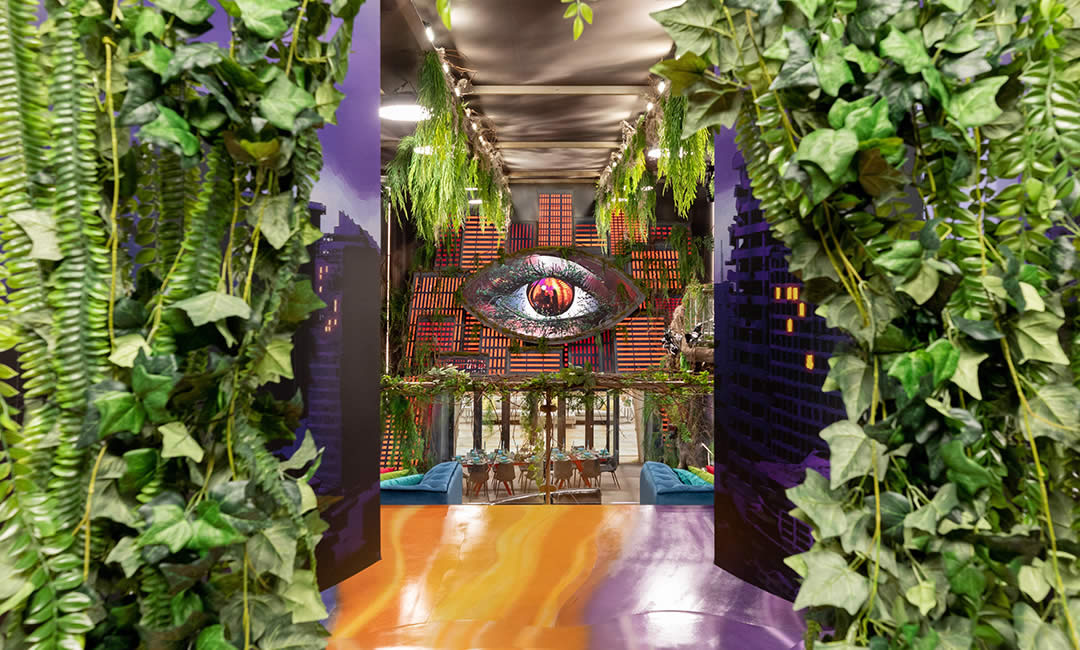 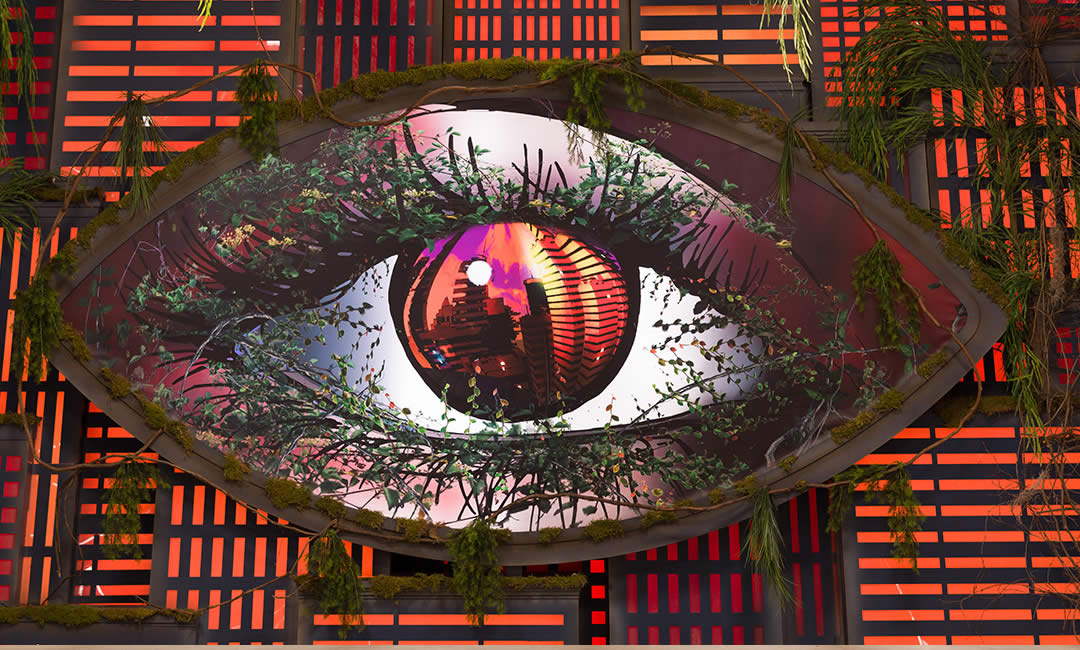 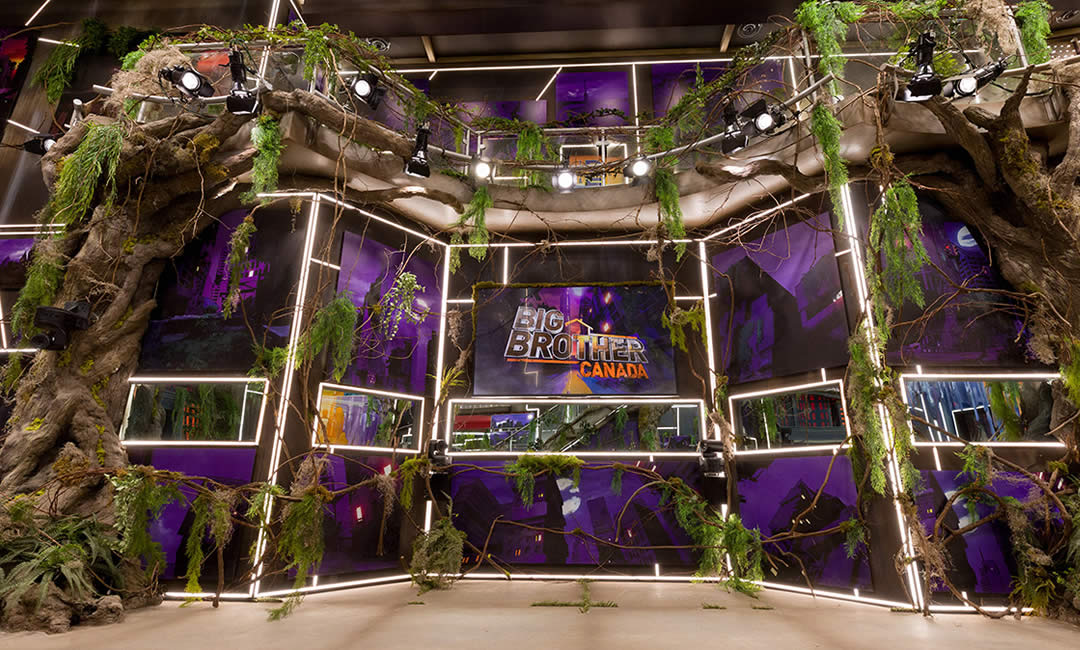 LOL i hope that sarcasm

By now the filming of the move in is long over.
They’ve all formed their snap judgement first impressions. At least one wannabe alpha is annoyed that they haven’t already been crowned promking of the apocalypse.
Holly (i know, just go with it, indulge me) has decided Kyle 3.0 will do in place of Ethan for her showmance opportunity for the season.
They’ve announced the winners of the fanvote for team captains, and immediately done the schoolyard pick. The last two picked for each team are feeling a combination of humiliation, and fear that if their team loses they’ll be the layups to go on the block. They probably are.
At least one large alliance has formed by this point, and concurrently, one woman has already floated the idea of a woman’s alliance ,that will work this time (eyeroll), to two other women. One of those women is a showmance strategy player, and has already informed the guy she’d taken a shining toward.
And by now at least one person has said something inadvertently that has caused at least two other houseguests to decide that they gotta go. The Hoh is either just in progress or being played tomorrow… but two houseguests already have the nomination and eviction planned.
At least 80% of this has likely happened.

Strategically speaking:
If the first four weeks of the game are to be played as a team sport (total supposition, but a fairly decent guess that teams aren’t a one and done for premiere week), the easiest thing to do if your team wins week one is to put two of the best players on the opposing team from the first comp on the block and get rid of one of them. By decreasing the other teams ability to win a challenge, it’s one way to greaten the odds for the other team to remain in power as the steamrollers.

That won’t happen. The fear of too much blood, making your own target bigger, blahdefrickinblah should ensure that the target will either be a square peg guy or a woman with an opinion in order to have (snoooore) house unity and social comfort. Besides, chances are whichever team won installed their team alpha as hoh, and that alpha had a downlow alliance with all the other usual suspects on the other team.

Yeah. Totally just throwing it all at the wall at this point because house day 2 is just about over.

the have not room.
1) gee, nice to give them balls to throw at each other and practice their aim with for the whole season.
2) wonder if any of the balls have a secret hidden butt veto in them…. must crack open every ball to see.
3) the whole bacterial infection and ‘children please stop peeing in the ballpit’ thing… and during a pandemic. ewwwwwwww.
4) so, move the balls out of the way and sleep on the floor. gee. horrible punishment. it’s even brightly lit. unless the balls glow in the dark or there’s going to be sound of playing children squeeling over a loud speaker all night long… not so difficult.

Sadly, the photo of the bathroom floating around last week was likely the bathroom from a bbuk set. that means no real change to the bathroom in BBCAN9. Still with the shiny refelctive shudder inducing floors.
The HOH didn’t change either. still the pastel fortress of solitude from 8. 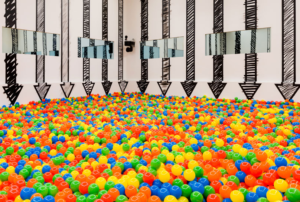 The ball will have a valid secret veto once the production’s favorite is in trouble.

gee. maybe the videogame in the olg room will shoot out vetoes like hockey pucks. when an interview with arissa promises more twists… i die a little inside. like that whole oh no every veto is going to be an individually timed comp kind of die inside.