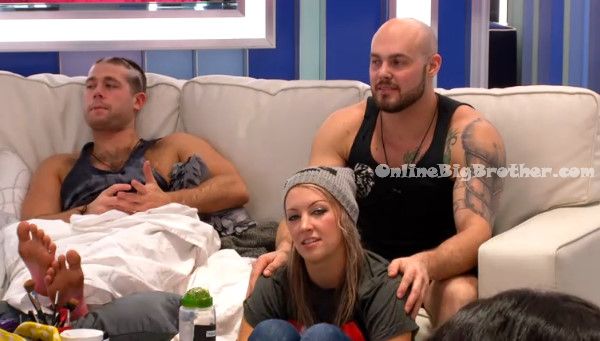 4:25pm UP in the HOH room are Kenny, Andrew, Allison, Jon, Sarah, Arlie, Sabrina, Rachelle and Heather. Andrew is massaging Allison’s back. The house guest talk about how Adel was changing and totally forgot about the cameras. They say that he’s upset about showing his junk on camera. Ika asks what he did with the cup that he put his n*ts in earlier. Arlie says that he threw it out and dumped the cranberry juice in the toilet. Arlie says I still think that if we had made love on camera we would have gotten the most retweets. The girls shoot him down and he replies that its just like real life. Arlie quietly leaves the room and then a few seconds later he rushes back in b*tt n@ked. He runs around the room and then runs back out again. He puts his clothes back on outside the HOH room and heads back inside like nothing happened. Arlie leaves again and talks to Adel about how he just went stre@king through the HOH room. Adel comments on how he exposed his junk when he adjusted himself. (The cameras weren’t on Adel at the time so it wasn’t on the live feeds.) Arlie talks about how during the first week he was sitting on the couch and looked down his pants only to realize that a camera was right behind him. Arlie offers to like Jon’s rash. Sarah says that Arlie is commited to trying to win the challenge, he is going to do anything to win.

4:50pm In the storage room – Paulina interviews Ika aka “Bummquisha”. 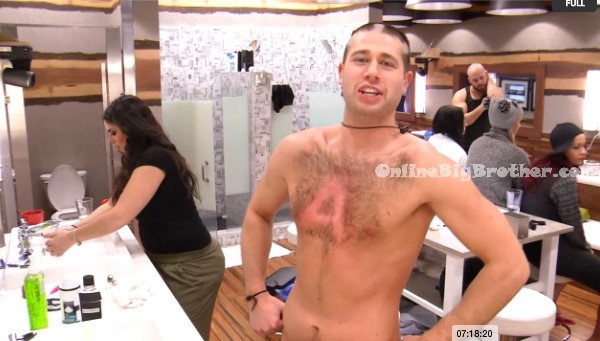 5:15pm IN the kitchen – Sabrina is doing a cooking show. Paul asks how often do you see Kim Kardashian in the kitchen cooking? 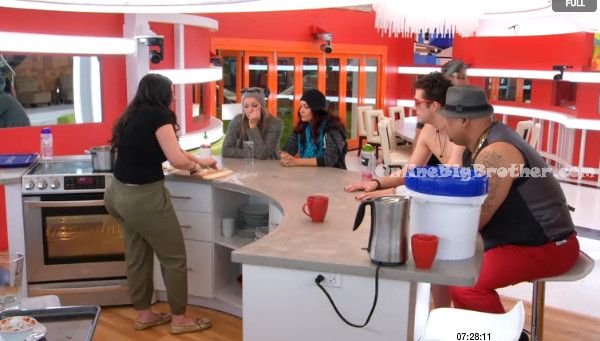 5:35pm – 6pm Jon, Allison, and Arlie start putting toothpicks in Kenny’s face. Kenny says population crazy beard. Guess how many toothpicks I have in my face? Bet you don’t want to kiss me right now! Meanwhile up in the HOH room – Adel is asking Ika questions about her family and about Jamaica. 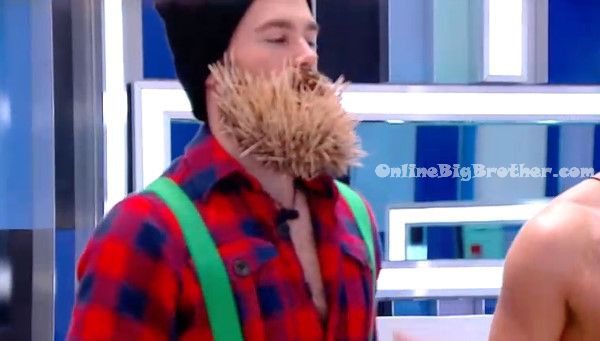 Andrew and Allison are officially a showmance?

Surprisingly I found the Buumqisha and Paulina show hilarious! 😀

Paul was a little too natural with Paulina lol