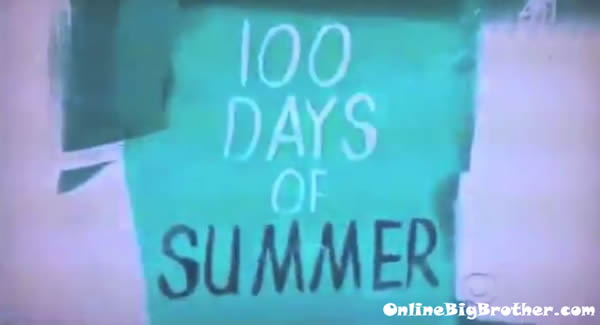 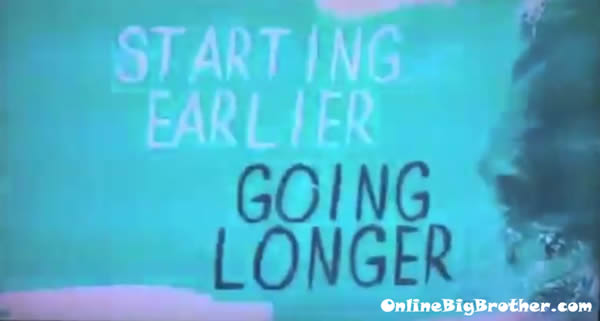 The NEWEST Big Brother 15 promotional commercial aired last night promising us the longest season ever! This was not new as we already knew that this season was starting earlier than usual with the première set for just a few weeks from now on June 26th. In this commercial however CBS eludes to the fact that Big Brother 15 could be 100 days long, which would be a full 25 days longer than the usual 75 day season. They state that this season is Starting Earlier and Going Longer which means Big Brother 15 could most likely have the finale near the end of September. Calculating out the days if season 15 actually is going to be 100 days long, which I HIGHLY doubt, would have the première as we know on June 26th and the finale on October 4th. As October 4th is a Friday and the finale’s are always on the eviction night being Wednesday this season, the finale will likely be some where between September 18th and October 2nd. The finale of Big Brother has always been right before the fall TV line up starts so I find it hard to believe this season will go even to the end of September. Everything and anything said in these promotional commercials should be taken with a grain of salt as not every thing they say is true as just last season they promised Big Brother 14 to have more house guests than ever before, when in reality it had the same amount of house guests (16) as Big Brother 9.

We want to know what you think of the newest commercial! Tell us your thoughts in the comments below!

Looking forward to watch it

Any guess on the cast? I’m going with all newbies this year, no returning players…

I’m hoping this is a re-boot/back to basics season with something NEW and all NEW HGs. Not returning,played out HGs that can’t find fame outside of being on-call for BB twists.

I don’t mind returning HGs coming on to hosts competitions, but that’s as far as it should go.

I’m looking forward to the new season, hopefully my sweetie Ian will make an appearance.

simon or dawg can you tell me what cable channel is tvgn because i always watch big brother after dark on showtime . will it stop airing on showtime please

None of the best seasons have had returning players- what does that tell you? Stop bringing back previous houseguests! We haven’t seen a normal season since season 10!

I’m just anxious to see the cast! Wanna see if there is any good lookin’ guys.

Can’t wait! I needed a chill period after BBCAN, but now I’m refreshed and ready for BB15. Let the lying, scheming and backstabbing commence!

I’m almost refreshed :) This is going to be a interesting year for Big Brother Fans. I’m not sure the regular fans will be affected much but us Feed addicts are in for something new since CBS has taken over the feed distribution. I’m not sure it’s for the better :( Either way we’ll be rocking the feeds hard this year like usual.

housemates enter house on Saturday 22 June (this is day 1)

Been hearing that Survivor people are going to be on Big Brother this season and that Hayden is on Survivor. It’s just a rumor, but Evel Dick has been tweeting about it lately. Could be a cool season this year yo.