12:40pm When the live feeds come back on… Cassi, Brendon, and Lawon are outside on the couches. Cassi asks Brendon who they are thinking of voting out… Keith? Brendon says that they still don’t know. Cassi said at first everyone wanted Porsche out, but now it’s turned to where people want to get Keith out. Cassi says that Porsche is running around going back and forth between both sides. Cassi adds that she hasn’t talked much with Porsche, but when she did talk to her she said that Rachel and Brendon had mentioned Cassi’s name as a potential target.. Cassi says that she is glad that what happened the other night happened because when she came into the house she didn’t want others to decided who she is supposed to align with. especially with a bunch of jackals. I don’t want it decided for me who I get with …new school / old school. Cassi explains that she doesn’t even know Porsche and that Porsche hasn’t even made an effort to get to know anyone.

1pm When the feeds come back again.. Jordan and Rachel are in the candy room talking about what skills and challenges they are all good and bad at. They talk about how good it is to know who is good at what. They end the conversation and head out into the kitchen where everyone else in eating and making lunch. In the havenot room, Dominic and Keith are talking. Keith is talking about how Brendon had told him to confront Lawon. Keith says that Brendon and Rachel trust him and believe him already. Dominic asks Keith why … why would Brendon tell you to confront people on our side? That just puts a huge target on you and it breaks us up. Dominic says that, that side of the house it makes since, but this side of the house it makes you more loyal. Keith asks Dominic about Adam and Dominic says that Adams with him. Keith says that Adam said he thinks Dominic and Cassi have a small alliance together and that is why they wanna get you Dominic out. Keith tells Dominic that he will have his back if he goes up to Brendon and Rachel and tells them that Lawon is playing both sides …that way it will keep you and Cassi off the block. Keith says that Lawon doesn’t have our best interest at heart. Keith says it’s Lawon went up trying to stir the pot, not Kalia. Keith says that he plans to get himself off the block, and get Lawon and Kalia up. Keith says that he has enough juice to make it work. Porsche comes in and asks if there is some conspiring going on in here. Dominic says yeah lots of it and then leaves. Porsche starts telling Keith that she thinks Brendon and Rachel are playing him. Big Brother cuts the feeds. 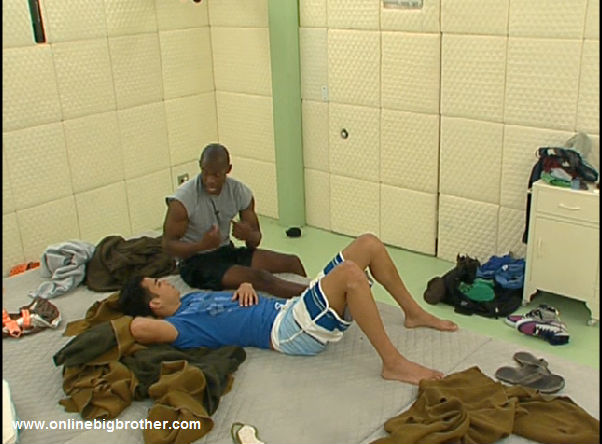 When the feeds come back, Porsche is trying really hard to convince Keith not to confront the house because it will blow up in their faces and that it will put a target on his back and hers. Keith says that he’s not going to blow up in front of the house. Porsche says that we and they already know that Lawon is the clown of the house. Porsche says that this is stupid and that its irrational. Keith says that it took awhile for him to figure out that it was Lawon and not Porsche. Porsche says that your stupid if you didnt figure it out in the shower. Porsche tells him to just sit on it and be quiet about it and just know not to trust him. Porsche tells Keith to just think about it before you do anything. Keith asks so give me someone else to say to put up. Porsche says that Shelly and Adam know a lot about the game and Dominic and Cassi don’t. But we can beat Shelly and Adam in competitions. Porsche says look Brendon and Rachel are doing this so that you have blood on your hands and not them. They are using you! Porsche says that I dont even think that people will believe you… Think before you do anything… 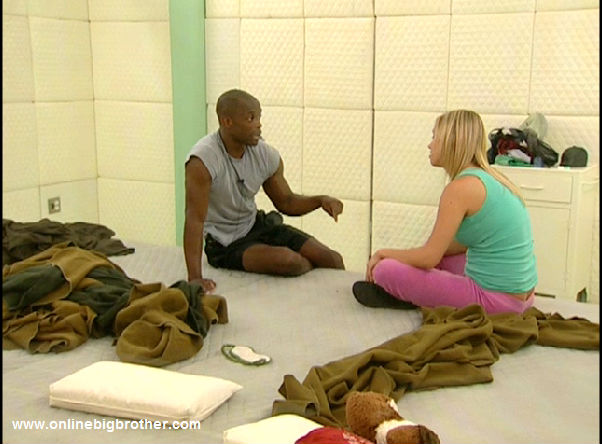 1:25pm Porsche and Kalia are in the bathroom in their bathing suits. Kalia says that she hasn’t gone to the bathroom since she went on slop. Porsche says even with all the fibre and stuff? Kalia says yeah…

Me wants to see nudes of Porsche..NAO