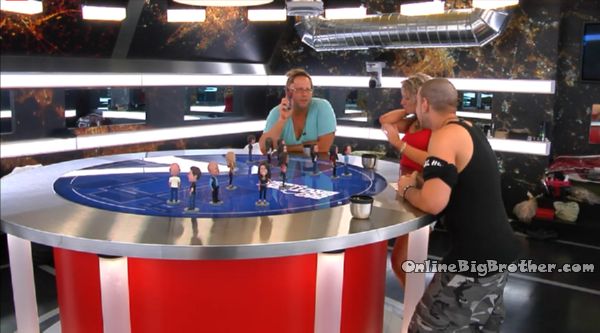 We gotz a forums The OBB Board https://forum.onlinebigbrother.com/

3 Mystery house guests chatting about the bobble head houseguests in the Mystery room. Allison says she likes Anick but thinks Neda give her bad vibs. Allison agree says Neda looks mean. Scott says he heard a rumor before entering the house that a relative from a Big Brother Canada Season 1 cast member was going to be cast. Scott thinks that Kenny is Emmett’s brother.
Scott thinks Andrew is gay
Scott: “Paul looks like a sleazy strip club owner”
Allison “Loves” Kenny, jokes that it’s the beard..
Nate says his buddy is the biggest bar star in Vancouver. 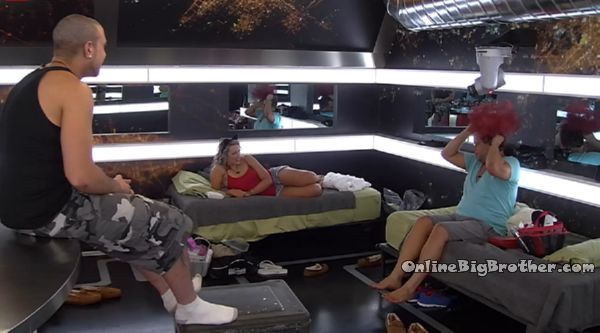 Scott: “To be a good drag queen you have to be crafty” He shows off a hat me made.

10:43pm Sound like the mystery houseguests get a shower in their secret room.

10:52pm Mystery room Scott says he’ll give a body hug to every Canadian that votes for him. Nate and Allison say they will have a drink with anyone that votes for them.

Scott asks what was the point of AJ last year. He starts bashing/joking about AJ living with his parents. Nate says he live in his moms basement.

The mystery houseguests can hear “Rumbling” coming from the ceiling. They try to figure out where in the Big Brother House the mystery house is located. They think it might be under the backyard and production is taking down the HOH competition.

Scott: “Those security guards were hot”
Scott: “Oh MY GOD the oscars where sunday night”
Nate complains that he missed the NHL trades.
Allison wishes production would tell them about hte olympic medal results.
Scott says last he heard Canada was number 1 in medals.
Allison: “When I left We (Canada) was 8th (In medals)
Scott says he boycotted the 2014 winter olympics because of Russia treatment towards gays 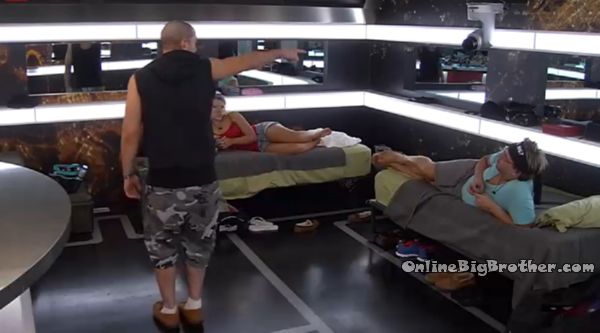 Scott “I want to see sex on the tv.. we’re sexual beings” 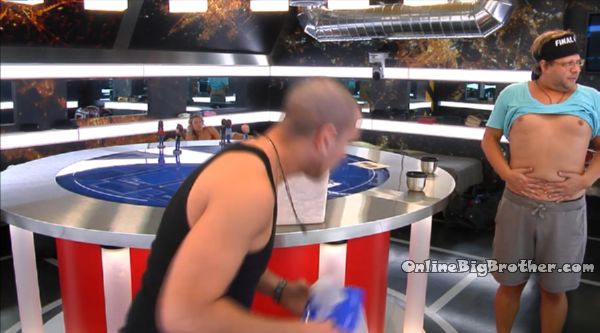 11:21pm Mystery houseguests
Scott complains his stomach is too big.
Allison is doing a good job of fitting in with the guys, says she’s a gamer, drinks beer etc etc..
Nate’s a smoker.

They seem convinced that Kenny is from either prairies or Newfoundland and is a Pepsi truck driver. 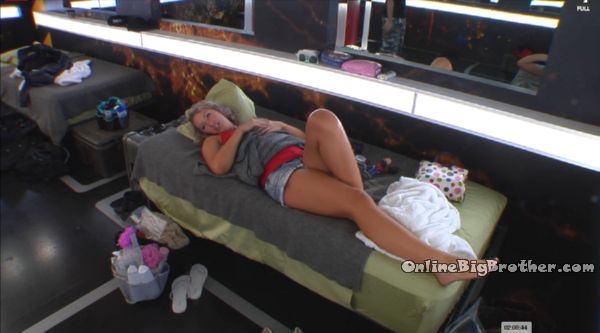 1:05AM
Around 18 minutes in the mystery houseguests talk about Last season of Big Brother US

I can’t even explain how much Scott creeps me out. Sad that Canada will be represented by all sorts of drag queens. At least Gary was funny about it. Go Allison

you must not c the feeds cause Scott’s funny

From what i’ve seen so far I think the contest is between Allison and Scott. Don’t see Nate getting the votes to get into the house.

If I had to wager a beer it would be on Scott coming back.

Not feeling BB Canada this year. Not the hg or the house. Hope it gets better. Admit that as soon as they said Jillian was going to be on be all yelled, change the chanell. Still can’t get over Topzes blooper.

I love Alison. Nate is kinda weird and Scott is too much. Scott is always talking and I dont find him that funny.

Allison’s favourite player was Peter. What a joke! The guy had no game. Let’s hope if she does make it in the house she isn’t as useless as he was. And please, no shield $hit.

Scott is annoying in exactly the same way that Gary was. A limelight stealer. Never shuts up.

After a couple hours of Scott in the Mystery room I think Allison has a good chance of getting into the house.

I dunno, I just want this twist to be over so we can get to the stuff in the actual house…