It that time people! The (OBB)  Big Brother 20 Ranking system is up and running. All ranking before Friday will be clumped together as pre feeds first impressions.

Easiest way to Rank the houseguests

Most nothing has changed from how it worked during Celebrity Big Brother and Big Brother 19. We won’t be greying out house guests evicted. They are still eligible to be ranked. (something that proved essentially with last years sheep)

In case you are new to this..

Here is how the ranking system works 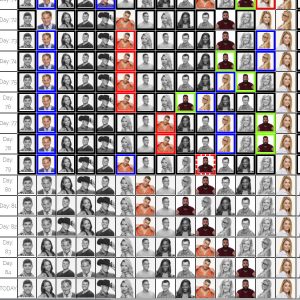