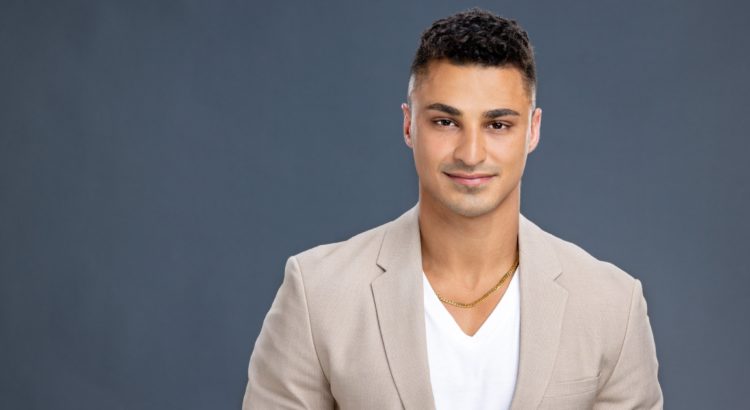 The Big Brother 24 cast has only been known for a handful of hours and already there’s a sub in. CBS tweets that Marvin Achi the chemical processes engineer will no longer be one of the BB24 houseguests. In his absence they are tossing in 24 year old lawyer and sexy dancer Joe from Lake worth Florida.

? Important casting update! Marvin will no longer be one of our Houseguests on this season of Big Brother. We’re excited to welcome Joseph, a 24-year-old lawyer from Lake Worth, FL. to the #BB24 cast! pic.twitter.com/F0CLIDB9uw

No word from CBS about why. Could have been any number of things that took Marvin out: CoViD, a bad Tweet, a sleazy high school reputation. Likely he cracked and decided to leave before the feeds went live and us creeps started watching. This is common to have a sub in.

He was going to be a lemming so doubt that. Lol

Wouldn’t it be nice if Grod let the game play out for once?

The “guys” are becoming more and more “pansy” like year after year. Sorry, I assumed all their genders.

Please try out the ranking system if you have a chance. The grid gets updated every couple of minutes. It’s in testing right now and could use some test data.

Gave you some test data. Looking forward to the season and updates!

Apparently he was a contestant on America’s Got Talent. Saw a video of him on Twitter earlier.

So…. 2 lawyers now…..Is this one at least charming?

Ok, after seeing his Facebook page and a YouTube video, his personality seems to be as nice as his looks. The only downside is the stereotypical situation of women at least trying to fight over him may happen

My opinion is somewhere in the middle of the options so obviously chose Dawg!!

Hahaha thanks for the support!

This is a good looking cast.

I wonder what Marvin did to get bounced.

I just want to point out the funny irony of Kyle is unemployed in a town literally called Bountiful, lol.

Ok Kyle becoming the 1st HoH now is obviously wrong but that 1st competition was hilarious!!

Missed the intros. First group coming in as i got home.
says live… and there’s pop up d/r. Think about that and tell me how both are true. Canned fed lines pre-entry? And we’re supposed to believe d/r isn’t a production tool? Oh. Sure. I can suspend my disbelief to catatonic levels. Why not?
Everyone pick a card
Cards aren’t open and reveal, they are “scan” and see. sideye. sure. mmkay, so there’s only four up every time, it’s not a choice of all 16 cards? suspect. let’s rip open those envelopes and see if all of the first ones were actually portapotty cards.
The unemployed guy that dances with his mom (so… dances with mom on video is his… vocation?) was the first to enter.
backstage boss? suuuure, someone is getting power and getting immunity depending on a card pick? And not even an envelope open, but a control room determined card pick? We all know it’s someone in the final 4 entrance group for gravitas (and heightened production control of the week one storyline). m’kay. Gonna wild guess here if my ability to read production is working. Pooch or the bus driver Terrance will win Backstage Boss.
Shake my head moments:
Mensa lawyer boy saying if you are first HOH you are 4 times more likely to win bb? um… so all of the times first HOH’s were gone by week 4 are considered statistical anomolies?
The personal stylist pageant woman… saying as a pageant queen she’s used to being nice but now has permission to be nasty? ever been backstage at a pageant? nice is only for public consumption. Oh and she’s the first off pattern card pick (all the rest were merch she’s pierce).
As you can tell, my skepticism about “card picks”? That’s how production is steering and controlling the environment for the premiere.
Wait… one of the unfortunate two tone hair guys is the elvis tribute guy? it isn’t the unfortunately nicknamed pooch? oh.
oh look it’s replacement marvin.
All of these people that say they’ve been watching since season one, but ALSO name some pretty suspect favorite past players… oh, most have never watched a feed.
The former police officer/ chef…. walks… like a police officer. sideye. She’s the fill in to the portapotties bringing it to five. The rest get piercing tent.
Is anyone shocked there are 15 comp spots and 16 houseguests and the backstage boss is in the final group? If you’re shocked… why?
Anyone believing Indy is a superfan….. turn off your tv and go directly to your nearest mental health professional.
Pooch is the Backstage boss. in the cut down baby version of an old bbuk d/r chair. How did he miss the gold chair? okay. crickets. Prediction one success.
Remember bbcan10? first episode HOH competition? Yeah, we’re doing that again it looks like.
HOH ROUND ONE: POTTY TALK
group convos: listen for one, two and three, answer which one was said most. Put on your goggles in the portapotty. not going to sarcastic quip that one. Paloma out and smurf blue. Jasmine out Nicole out. Kyle out. some odd cut there so we didn’t actually see Monty hit his button to turn on the light: someone will totally make that into a rig. But not question how they ended up in each category to begin with. Yeah.
MONTY WINS ROUND ONE.
HOH ROUND TWO: PIERCING PANIC
attach jewellry to face. roach clips no actual piercing involved. see, they really don’t want it bad enough. lol.
TURNER WINS ROUND TWO: PIERCING PANIC
HOH ROUND THREE: HANGING TOUGH
Grab on to tshirt (bar inside tshirt). Endurance. 2 feet off ground.
Alyssa out. Ameerah out, Indy out. Michael out.
Apparently most of the ones competing in this comp went to the Couch school of endurance comps? I mean…. that was what… three minutes max?
DANIEL WINS ROUND THREE: HANGING TOUGH

HOH COMP:
Monty vs. Turner vs. Daniel. Backstage Boss is Pooch. (Just a reminder if you made it this far without thinking i’m an over-writing nutter).
Drum set puzzle.
If the drummer doesn’t win this he’s a tool.
The musician wins the drum set up comp.
DANIEL WINS HOH

Backstage Boss: no compete, no vote. safe from eviction. Expect the Unexpected.
He can save 3 other people. They don’t compete, don’t vote, can’t be nominated. One of them COULD be evicted. (JUST MY THOUGHT: if he isn’t talking to the HOH during commercial break, then asking for volunteers, he’s a goof, mitigate responsibility a little).
First out in comps: Paloma, Alyssa, Brittany.
America can save one of the three.

TOTALLY CONFUSING explanation ensues as only a malfunctioning Chenbot can deliver.
So. HOH noms but can’t nom backstagers. POV is played. Votes are cast… but the evicted houseguest could be a nom or an unsaved backstager???? Is that about right?

so glad marvin is out and joe is in, we needed some diversity.