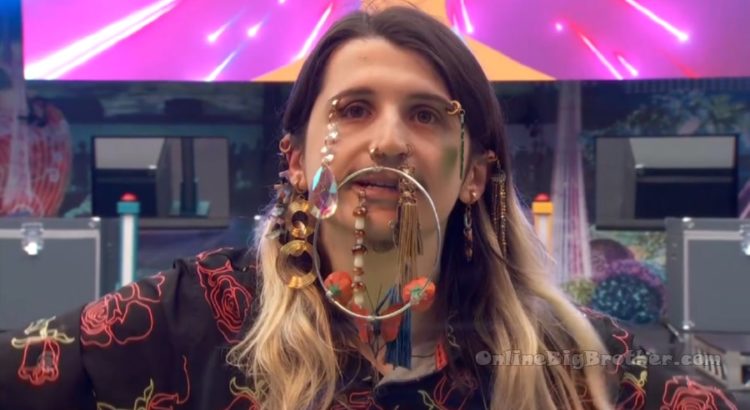 Here we go folks the live season premiere of Big Brother 24! I know I say this every season and by week 2 I’m always cursing all these houseguests but I’m liking the group so far. The twists and general production quality seem to at a all time low.

Ranking system has been improved. The daily results update every couple of minutes. You can change your vote up until Midnight then they are locked in for the day.

If you don’t want to read the play by play.
Daniel wins the Head of Household.
POOCH is the Backstage Manager.

“BB FEST” – Each have a ticket to a station (Port-a-potty, Piercing, Merch Stand). ONE HGs ticket will be “The Backstage BOSS” 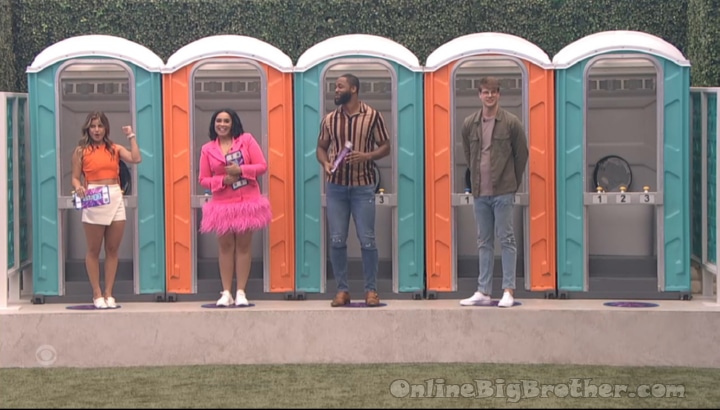 First Four in the house: Monte, Kyle, Jasmine and Palomar. Kyle was the first to enter. They all get Porta Potties 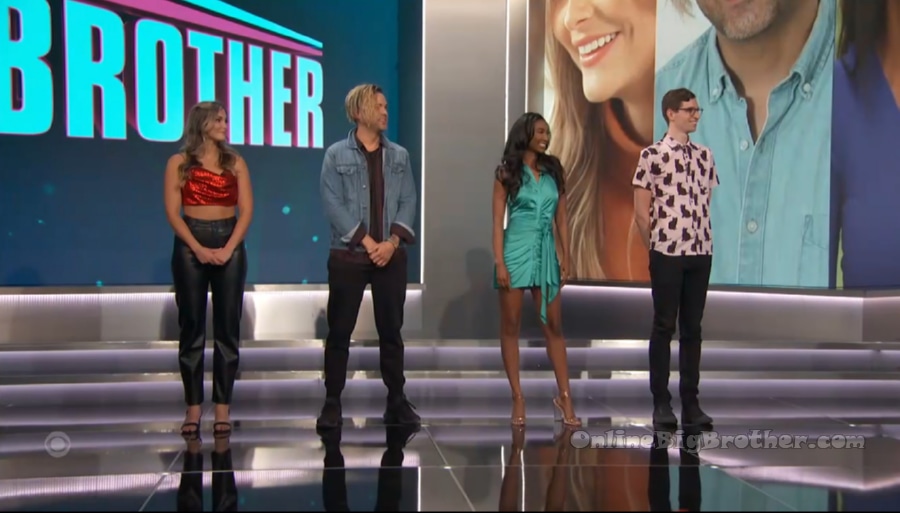 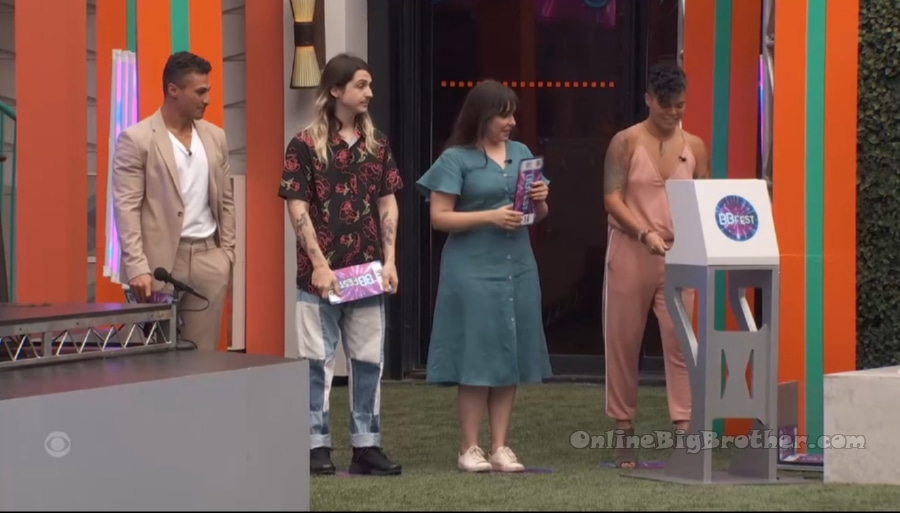 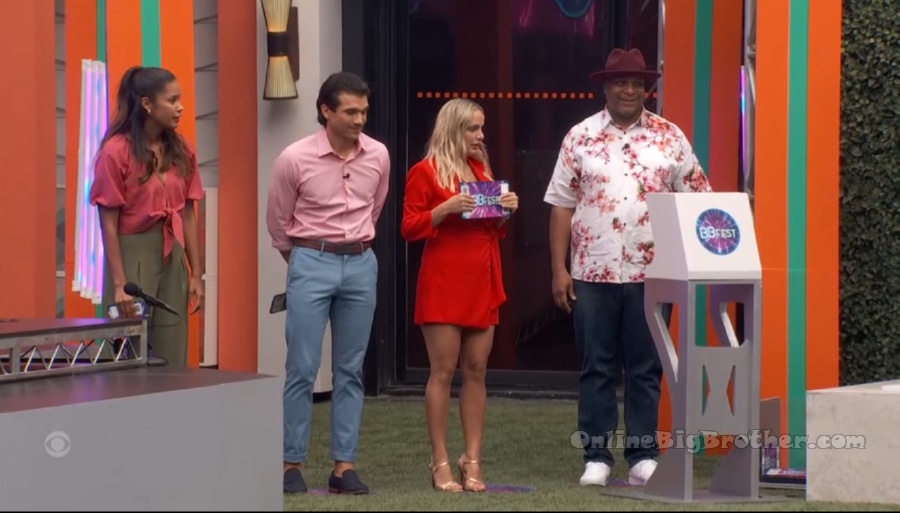 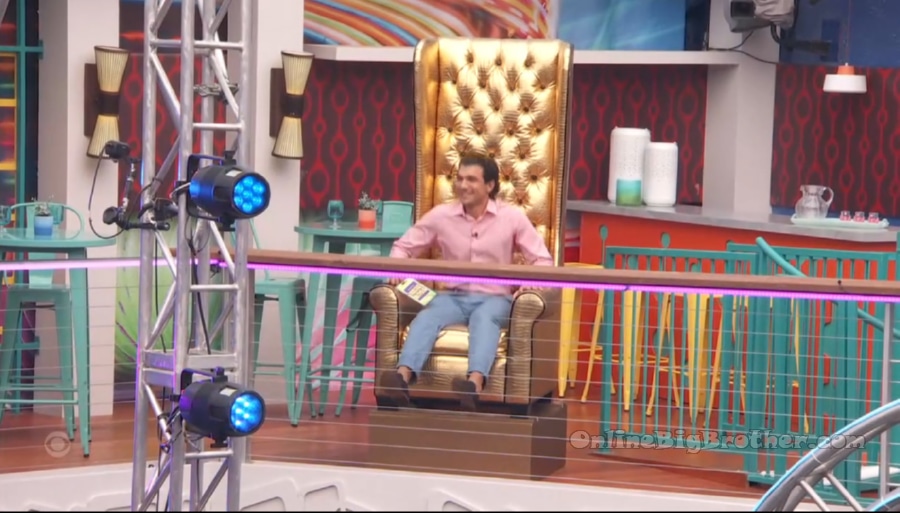 Each stage competes. The winner of each of the stages gets to compete for Head of Household. POOCH being the backstage boss doesn’t get to compete.

“Porta Potties” compete first -> Monte, Kyle, Jasmine. Nicole and Palomar.
Palomar out first.
Jasmine out second leaving Monte, Nicole and Kyle.
Nicole out third.
Kyle out fourth, Monte wins and gets to compete in the Head of household competition. 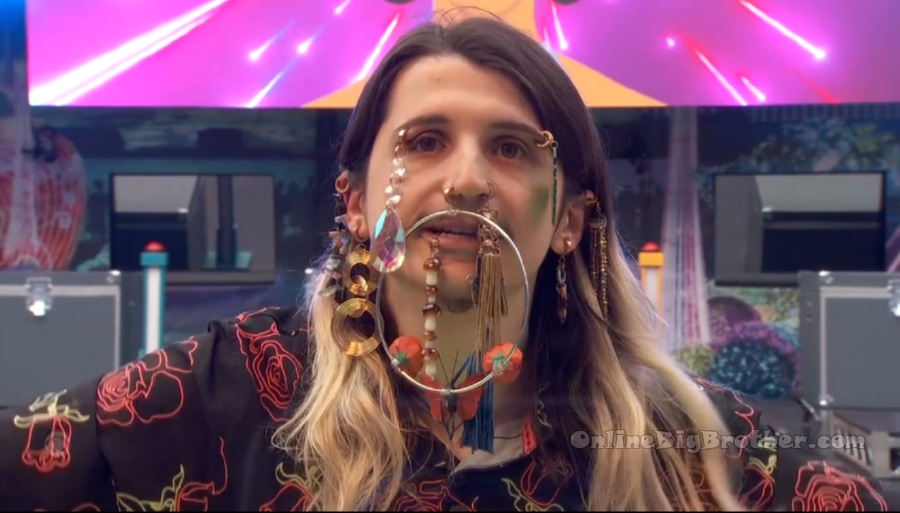 “Piercing tent” competes second-> Terrance, Joe, Brittany, Matthew and Taylor. Matthew wins and gets to compete in the Head of household competition. 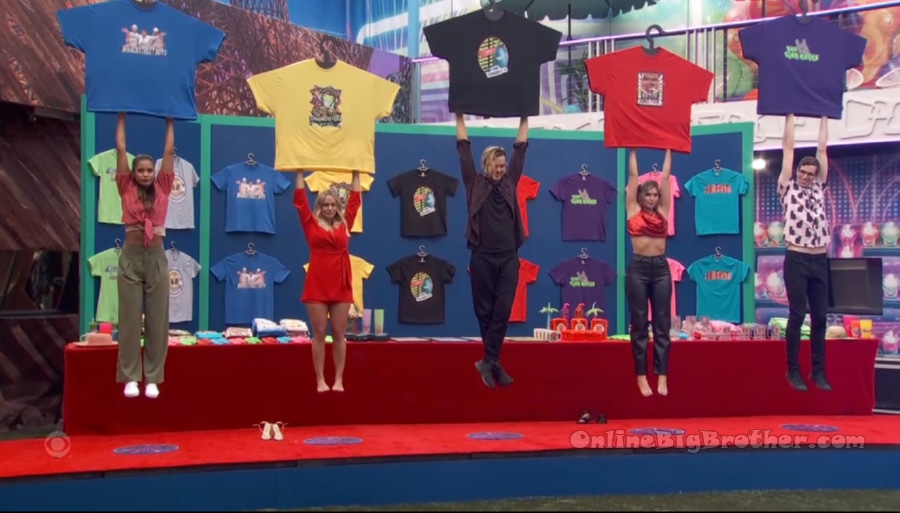 “Merch stand” competes last -> Indy, Ameerah, Daniel, Michael, Alyssa
Daniel wins and gets to compete in the Head of household competition against Monte and Matthew. 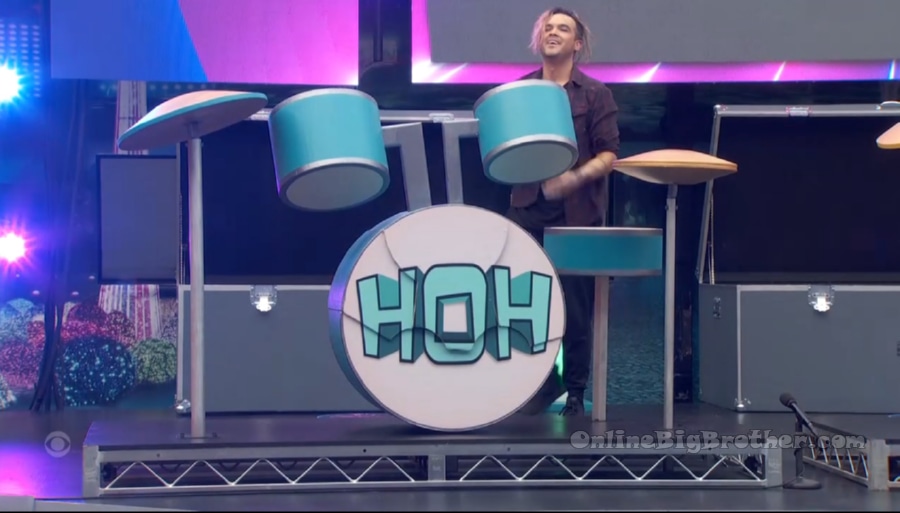 Head of household competition called “Drumming for power” has them building a drum piece puzzle. Daniel wins the Head of Household. 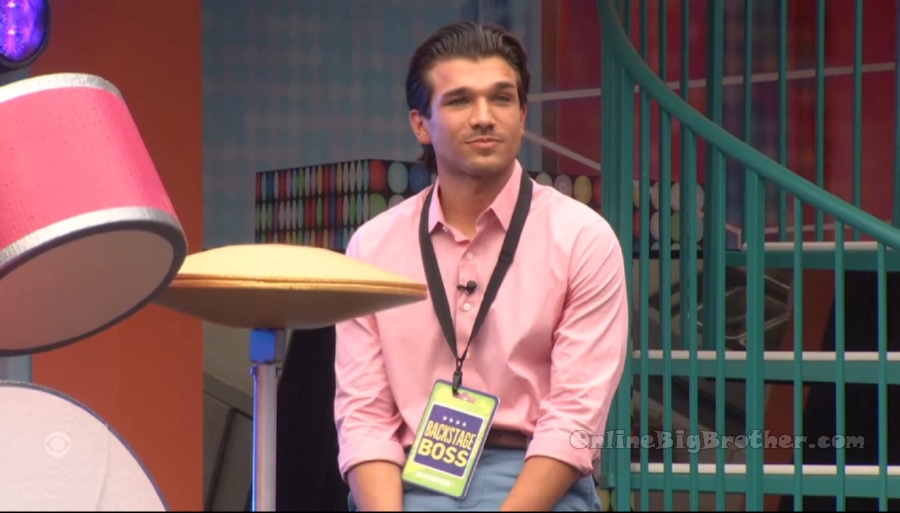 POOCH will be “backstage” all week long. Meaning he will not be participating in competitions and won’t be voting on eviction night. He cannot be nominated. POOCH is eligible to compete in the next HOH competition. Pooche gets to decide three other houseguests to be backstage with them. They get the same Perks but unlike POOCH they are not safe from eviction even though they are “safe from being nominated” 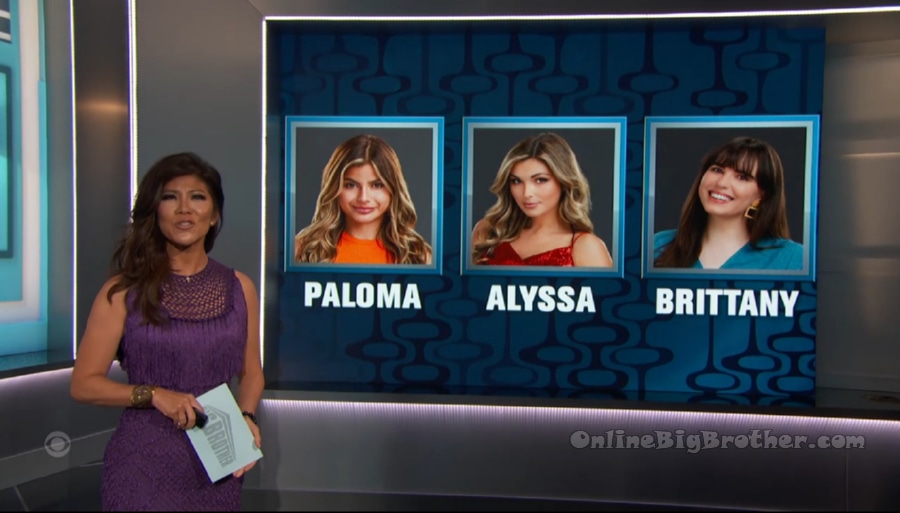 BB vote: who you want to save this week? The winner of America’s vote is safe for the week. The remaining two backstagers and the two nominees are eligible for eviction. (What a mess)
Voting closes July 14th at 9am PT https://t.co/9m3fJkVl5I

Who didn’t see Pooch choosing all women coming? I thought he would do that even if Brittany was a surprise (though maybe he did it because she said she was a belly dancer). That gold chair puts a target on his back for the remaining weeks. I am hoping that the First HoH curse doesn’t claim Daniel

I legitimately think him picking the first person out in each comp was the most fair way to handle it.

If he picked the “fair way” and it was two women…then he should have picked a man for the piercing one.

There were others I wish he picked but I guess if that’s all he had to go on “to be fair” then that’s what he had to do. What a crappy position to be put in on the first day.

I’m getting crash and burn vibes from my man POOCH. Wouldn’t be surprised if he over played this week.

Wild guess. If I’m production:
The evicted by vote hg will compete against one or both of the unsafe backstagers in a post vote comp… or a dreaded envelope scan, to determine the first evicted hg this season.
Precedent: Season 21 mixed with bbcan season 3.
JUST A GUESS.

Very possible. Would make for an exciting Thursday.

It would mean the HOH comp wouldn’t even begin, so second HOH could be an endurance (most likely off feeds so that they could also have one of their infamous production notes meetings with the house guests).
Still just a random wild guess though.

So, who do you think the recruits are this year? It seems like there are less of them this year than in past years so I am looking at this as a good sign that the season won’t end up being a huge disappointment! Paloma, Indy, Joe, Pooch, Alyssa, Taylor, and Monte are my guesses.

Backstage people….cant be nominated?? But still can be evicted?? Wth

Turner reminds me of Nakomis. 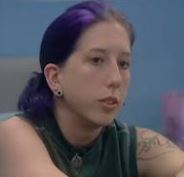 Just hopefully without a sibling twist this time

another secret brother?
did anyone tell her this time?

What a hardcore twist. Imagine seeing something like that nowadays.

Ugh, that was painful.

Quick impressions from the first episode.

Right out the gate I do not like Turner or Taylor.

The Underdog
Reply to  WhatUpKaysar

Hope fans give Alyssa a chance and not demean her like last years Alyssa. Comments such as they can’t function without a penis are completely inappropriate and sexist. It was wrong how fans degraded Alyssa last year as if she was a piece of meat. Let’s hope just because this year‘s Alyssa is an attractive woman that she doesn’t get that same treatment.

The Underdog
Reply to  DA NY

All women should not be hated or degraded. Taylor is also attractive but historically audiences are harsher on black women due to sexism and anti-blackness. So far, no one has articulated why they hate Taylor. People act like women like Taylor have to act perfect while other women can make mistakes.

Why does Pooch look old and young at the same time?

Simon
Reply to  Also from Sarasota

I know! he looked the same age as his mom in some of those shots.

He reminds me of Tony Danza lmao

He looks like Trump Junior which is very disturbing

I don’t see that but if that was true I see nothing wrong with it.

With Brittany we could be dealing with this level of crazy.
Joker 1

Me and my wife both said we knew Pooch was gonna get the BS pass prior to him actually getting it. You can tell Pooch is gonna get that AG/production shine from a mile away. I’m glad he picked the first 3 out, as that’s the easiest of the possible decisions he could’ve made. I wonder if Daniel’s reign will be a lame duck HoH, due to the backstage pass.

I love that 32 people voted for Dawg in the poll. 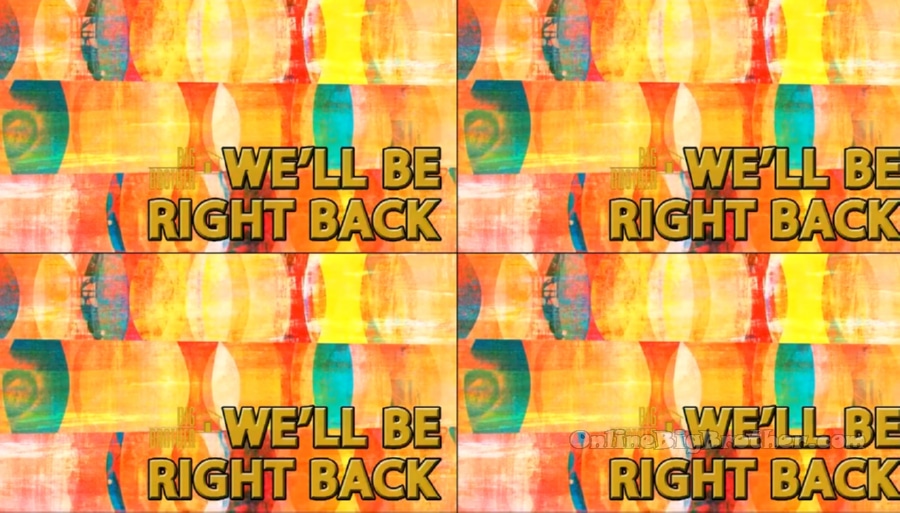 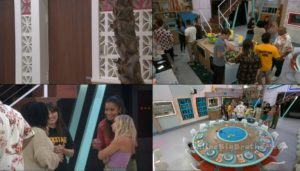 I sense grenades’ this season 🙂

yeah, the whole daniel hoh, pooch bsboss, and kyle, monte, joe and michael volunteering for have nots so daniel doesn’t have to choose… while the orangeshirt possibilities for no nomination eviction are 3 women?
smells of a huge chance for a gender base battle.

I want to see Brittany hypnotize the house.

OMGosh, is it me or was this was the most Slow and BORING first episode ever???

What with the awkward scanning ticket (which production messed up a couple times) and the seemingly pointless competition????

Also, no info about what the heck the Backstage thing will be. It just fell flat with me. What do you think?