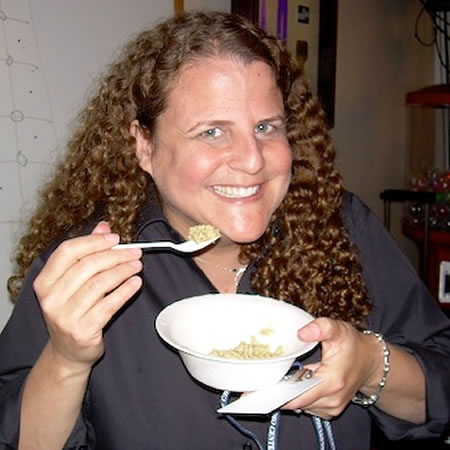 Just one day before the Big Brother 18’s 2 hour premiere where we’re being told a bunch of the twists and hopefully the mystery 4 houseguests are revealed. We’re all hoping for some well thought out intelligent twists that keep the game moving and not subject it to “Being on rails” like we’ve seen in the past twists. In a recent interview with Big Brother producers Allison Grodgner we learn that the house theme plays a big role in the twists “intertwined, and more so than we have in the past.” There also sounds to be a change up of the 2nd HOH room or perhaps something new akin to the Pandora’s box twist. Very much looking forward to tomorrow’s episode and at 2 hours WOW….

When asked about the recent BB18 commercial showing 12 new houseguests and 4 returnees, Grogner had this to say.

“That’s funny. I didn’t know about it,” …. “At this point, 12 people will be moving in for sure. And if you know Big Brother, as I know you do, we haven’t had 12 people in the house since season 2 or season 1. So it’s been a long time, so chances are there will be more people. The question is, who will they be? You will find out tomorrow night during the first night premiere.”

Grogner made some comments about Paulie and Tiffany coming back.

“Sort of a coincidence that they ended up applying and being part of the same season,” “And they’re both siblings of some very memorable and good players [Simon – unforgettable :( ]. It will be interesting to see if they can be as good or better than their brother or sister.”

Grogner says to keep an eye on the house as it may have something to do with the twist.

“We have the craziest summer vacation ever, and the house has that theme. The rooms are different cities and destinations. There are phone booths and phones, of course not to call out, but to call each other. At some point it could be revealed that these will play into another twist. And we will learn on night one that the house theme plays a big role in a game twist that the houseguests will be faced with. All of this is intertwined, and more so than we have in the past.”

Just like Battle of the Block was a “FAN FAVORITE” Grogner is calling Pandora’s box a fan favorite. And hinting that it might make a return.

“It’s been a while,” says Grodner of the twist that could unleash both good and/or bad things upon the houseguests when activated by a Head of Household. “We were doing that for a while and we always like to mix things up. You may see it again or you say see it in a different way. I’ll tease that — we might have another use for that room that we use for Pandora’s Box this summer.”

Some new rumours about the returnees.

I also saw Chef Joe from BB14 the original POWERHOUSE is being “Rumoured” to come back in.. LOL so ya don’t take these twitter rumours too seriously.

Nicole, Shelli and Howard would be fine with me but I can do without Frank or Frankie. I would like to see Caleb as the fourth person.

I sure hope your right Simon. I have been looking forward to the new season and if Freakie was back, it would be ruined for me.
So ready for this season!

Definitely not Chef Joe….haha. He’s confirmed that he’s going to be one the alumni at Adam Poch’s nyc premier party.

Hmm.. didn’t think about that. Sounds like something they would do.

Just watched intro videos from the incoming house guests. Think people will be gunning to get Bridgette out early just because she seems to be of if the most likeable of the bunch

The clue from A.G. would suggest that at least two of the mystery HGs will be from BB in other countries. I’m glad that B.O.B. is gone, as for bringing back Pandora’s Box, that is a good idea.
Where does A.G. get the idea that B.O.B. was a fan favorite?!?! Is she going by the same polls that show Killary ahead?

OMG….could we have been separated at birth?

Why Minnie, that’s the finest compliment anyone ever paid me! Do you have a mole on your left butt cheek?

Why yes, I do. Do you have an extra pinky toe on your right foot?

Yea, was just clipping my toenails the other day and I thought to myself, dagumit, I could have this done in half the time if it weren’t for that extra digit. You know how it likes to curl in?

I like Shelli she actually played hard if you forget the showmance. I love Brit, you cannot get enough of her DR’s and backyard convo’s. Hard core dry humour that only Chilltown has done better. I’d like to see Frank back. Any smart player tries to recruit him day 1. Eudy was incredibly loyal as well as a comp beast! Lastly I’ll go with Zach attack. Funny it was mixed for me during his season as he was so often outside the box. Maybe that was a good thing after all.

AG knows nothing about that ad(yesterday) ROFL… you can bet she reviewed and edited that sucker but maybe it was shown prematurely. I love that good buzz before the main event. Hopefully starting tomorrow we get a fun, competitive season.

PS…. Amanda would have been a lot of fun versus Van don’t you think? hehehe By the way someone ask Helen if it’s time yet? Wednesday is BB18 time!

Don’t forget we can donate to OBB if your not doing the feeds…..I’ll throw something in by the weekend guys!

Such a poor unfortunate woman. Or perhaps Al has transitioned. Wait a freaking minute
Al..Allison..
The light bulb is turning on. POTUS you could have stumbled onto something here. Call Killary Benghazi and have her email this to everybody!

Wouldn’t it be hysterical if the two siblings of former houseguests don’t get their siblings friend… They get their siblings foe… that would be fun. Give them a built in enemy. Then two cast members from another country… hmmmm I think Canada would be good because it is closest to USA rules, but I would love a sexy Aussie or UK House Guest… I would die if it was Michelle Visage because she is a huge BB Fan.

I sometimes don’t trust the rumors because Nicole, Shelli, Frank and Howard really ween’t that interesting. Just NO MORE BRENCHEL… please dear god NO Brenchel. I would rather see Britt… she’ll never do it again… but I love Britt.

What if America gets to pick who the four returning house guests are? That would help explain the 2 hour show and the number of rumored returnees.

Could the mystery players be from Amazing Race and/or Survivor?

I keep wondering why the first show is Two hours . I mean to introduce
the new houseguests have them go into the house run around find
their bed ,have their first toast ,introduce themselves only takes the first
half hour. What do you do for the next 90 minutes?
HOH yea that still leaves a lot of time. Something else is up!!!

Maybe the greatest BB player of all time Derek is coming back!!!!!!!

I can’t take my eyes off that pic of A.G. It’s like being drawn to a train wreck..

That poor woman.
My poor eyes.