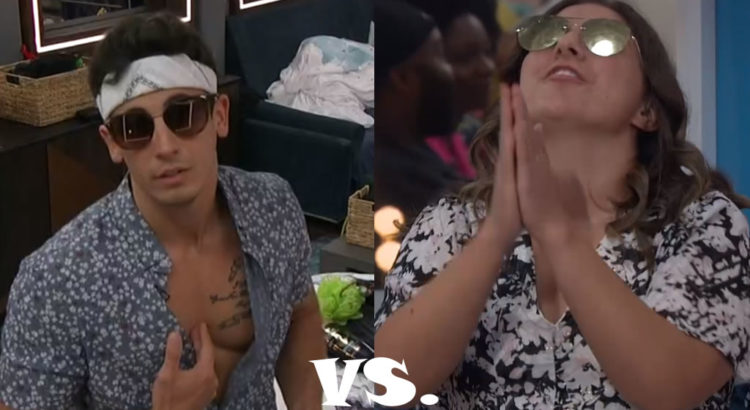 For the non-nominees this week was all about planning out 8 weeks of gameplay and counting jury votes. For the nominees, it was a slow. It started with Xavier winning the Head of household. The wildcard was not used by Tiffany. During the competition, her attempts to make sure Brit doesn’t win sours Azah and DF relationship with her. Xavier nominated Brit and Brent with Brent being the target from the get-go. Brit of course melts down in a most spectacular way. Brent believes himself safe a belief he’ll carry until Julie tells him he’s evicted. Christian wins the Power of Veto and decides not to use it.

We’re entering the phase of the show we’ve seen all too often. A majority alliance has taken hold and has planned out their moves all the way to the final 4. Even with a likable cast with many capable players, we still need a slight shake-up. Hopefully this week HOH brings that.

Brent is going to be evicted.

Teams are over next week next week is endurance
Watch it on the feeds…
Big Brother Live Feeds / Paramount + Try it FREE! 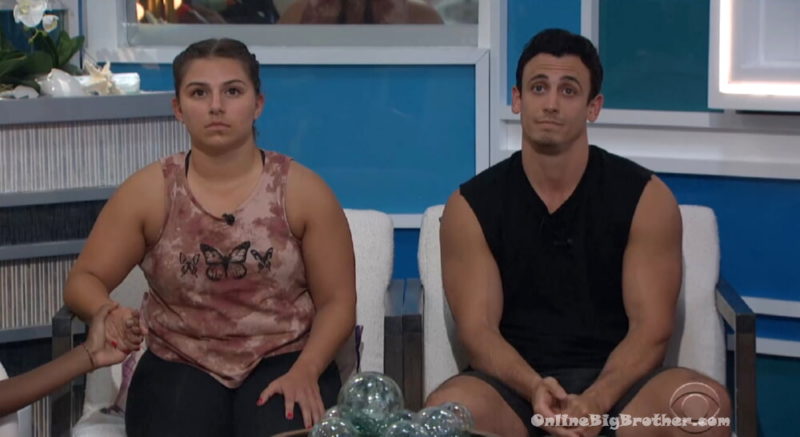 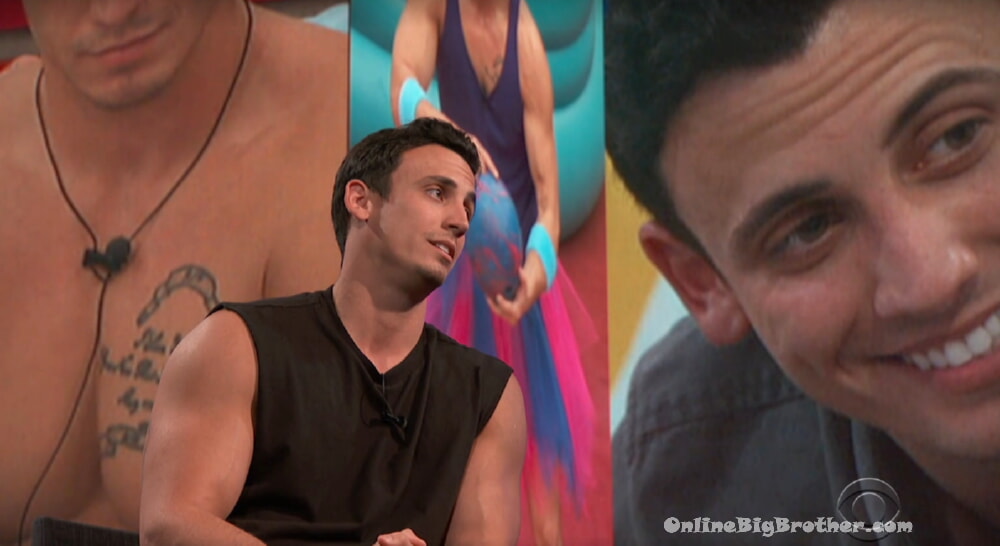 Brent is evicted
It wasn’t a blindside. 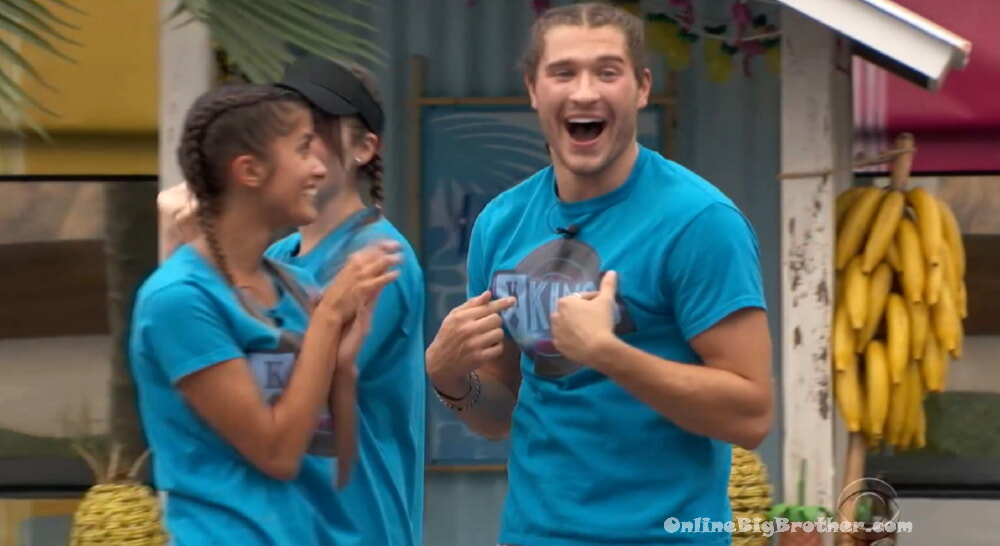 Christian is the head of Household All kings are safe.

(Jokers had the strongest start but Jokers gotta joker)

WTH was Whitney wearing in that DR?

It is a unanimous tsunami; either he was told or he is keeping it all inside, the way that he is showing no reaction to being unanimously evicted

Poor Julie, this exit interview is just painful! This poor dudes delusional til the very end!

Don’t remember the last contested as clueless as Brent, felt Julie just wanted to smack him upside the head.

Time to build some shrines… Random HOH, Britini for another week of “due diligence,” Britni and DF on slop and sleeping on the seadoo, and shake-up in the game. Oh and DerekX stays safe.

Who knows who Christian will nominate. The bad news is that we will have to see those two snuggling on the live cams since Alyssa will probably be up there a lot and I don’t think Christian will do 1-on-1 meetings

I’m hoping it stays PG with the showmance. Not a fan. But I am a X fan.

Derek X is my favorite this season so far. I really didn’t want Christian to win HOH. This looks to become another boring season with the Cookout. Maybe the wildcard comp will switch things up or there will be a Battle Back…we hope!

Who is Christian most likely to target?

That’s exactly what this game needed!
The cookout didn’t get their way and they deserve this DRAMA!! There is now parody and not the cookout getting their way.

All the dream and vision game talk that Tiffany had this past week her Epiphany just vanished!!! So great and well derserved.
The cookout needs to be targeted put up Hannah and get her out NOW!

Anyone else see the flash of fish on the episode? 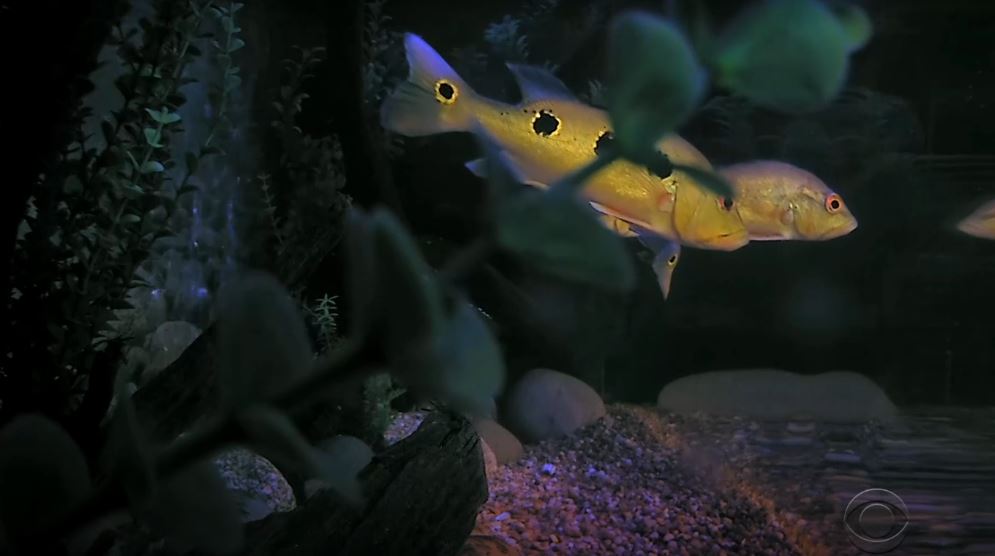 That’s likely because someone swore.

FEED the FISH
Reply to  Simon

i miss the fish

4th and final wildcard comp will be

whitney (only one in team not to have played wildcard yet)

claire (only one in team not to have played wildcard yet)

azah (not big d, as i think majority of the team azah and brit will decide azah should play)

Lord, these people are lame. Past season I may have dislike some contestants but it wasn’t for a lack of personality. Sarah Beth maybe the only interesting one just because I suspect her as really being a dude. Brittany has personality but her schtick gets old fast.

Christian sure was lucky to win HOH as he was next to head out the door to complete the operation MWW.

Ha. Of course none of the Tiffany strategy made the show edit. CBS trying to sweep all that under the rug.

The Beef
Reply to  TonyBologna

But they were promoting the talk between Hannah and X on Wednesday nights show, where Hannah said of course the bond between the black players was much closer than the other players, due to their shared experiences outside of the house! Stereotype much? What shared experiences? Are we just supposed to make assumptions here, assumptions that if we make them on our own and espouse them on this board, will get us called RACIST? Xavier is a very smart man, who after graduating from undergraduate school, passed the LSAT, went on to law school and became an attorney. Hannah herself received her undergraduate degree at the age of only 19, and is currently working on her PHD at the age of 21. Kyland is described as an “Account Executive” while Azah is “Director of Sales Operations”. Tiffany is a single mom and her profession is said to be a phlebotomist, which is somebody who works in the blood drawing and testing industry (I think). Smoking D is of course the son of the former Heavyweight Champion of the World, and is described as a “Safety Officer”.

With the possible exception of Tiffany, these people seem just as “privileged” to me, as any two random white folks you could walk up to and tap on the shoulder on the street! At least four of them appear to be well educated, with two of those four going on to get post graduate degrees (unless they are inflating their job titles for some reason). One of the other two is the son of the former Heavyweight boxing Champion of the World, which pretty much screams a privileged life style to me. Yet we are supposed to believe, and CBS is pushing the narrative that these people “bonded” inside the house, due to their shared “black” experiences outside of it? I’m sorry, but this is just bullshit, and is CBS way of trying to cover up the fact the Cookout’s strategy and way it is playing the game is racist and it’s totally f’ed up that they feel the need to support them in that racist strategy, solely for the purpose of having a POC win the game. The sad part about all of this is, they don’t NEED to do this to have a POC win! Xavier, Ky, Tiffany and Hannah are all playing well enough to win the damn game, without playing in a racist manner! It’s absolutely not necessary to go 6 for 6 or even 5 for 5 in order for a black person to win this game, yet they seem to be willing to risk it all in order to do that.

Please edit to reflect that DerekF sadly to evote Brent

Well, at least Christian and Alyssa don’t have to worry about “Dad” walking in the HOH room. Lol!