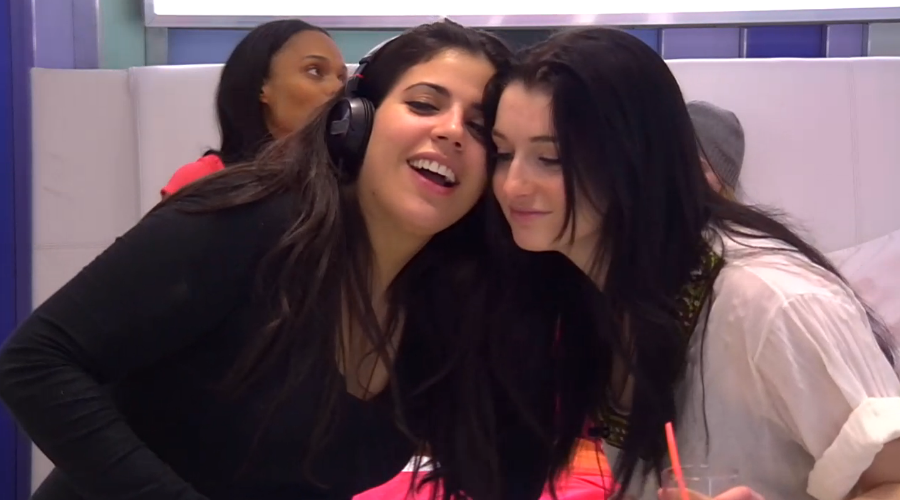 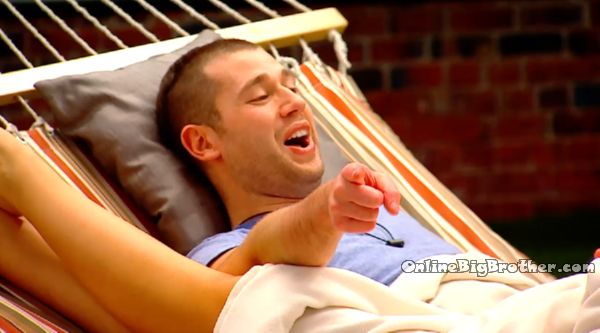 8:33pm Arlie and Allison Hammock They continue their talk from a hour ago.

Arlie explains Paul’s freak out which caused the feeds to be down for most the day week 1. (Watch the video it explains how crazy things got. very interesting) 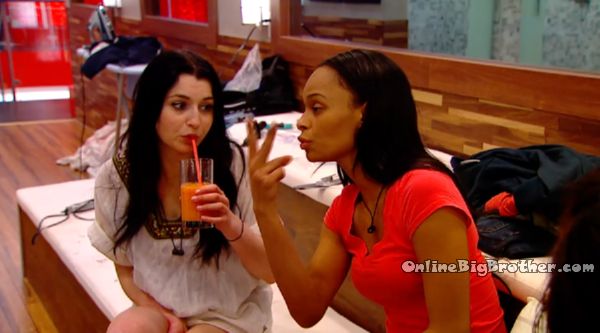 IKA says She doesn’t feel like putting Adel up. She wants to call all the girls together and try and get Heather to go up as the pawn. IKA says worst case HEather goes home and they can keep Paul around as a leach.

IKA – Keeping Paul into the game is dangerous cause his mouth doesn’t belong to him.. ”
Rachelle and NEDA join them

IAK I’m thinking about putting Paul up as the target and Heather as the pawen. IKA says she plans on telling Heather that everyone likes her and there is no way she is going home if she goes up.
They agree they need to bring a guy in on their conversation when selecting a pawn. NEDA suggests they bring in JOn because ‘He is stupid” (She’s playing down Jon’s abilities) 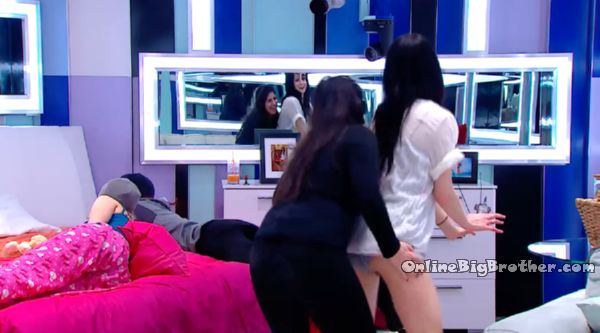 9:00pm Girls in the HOH
Racehlle and sabrina are dancing around singing to the music the feeds are cutting in and out because of it.
Sabrina and RAchelle leave

IKA says she was thinking about putting Heather and Paul up. NEDA says shtat it will be stupid to ut up Heather. She points out that the new girl is hanging out iwth the boys more than the girls.
IKA Adel is a girl
NEDA – “Adel will always be with the boys”
NEDA suggest they put up Allison and PAul.
IKA says that she has told Paul to his face that he is going up.
IKA adds that Adel can prove himself to be loyal, she says she’s wavering between Adel and Heather.

IKA says that she does not want Adel to go home. Sarah suggest if they do not put up two guys the guys will spook the guys. They start agreeing if they put up Paul they have the votes to vote him out.
Heather pops her head in they tell her to go away for a bit they are still talking.
Sarah starts complaining about Heather saying that she had to make the entire cake Heather didn’t know what to do. Sarah adds that the boys will want to take Heather to the finale 2 because nobody will vote for her to win.
They confirm the plan right now is to put up Heather and Paul with paul being the target.
Sarah suggest they all make a effort to talk to the new girl and get to know her. 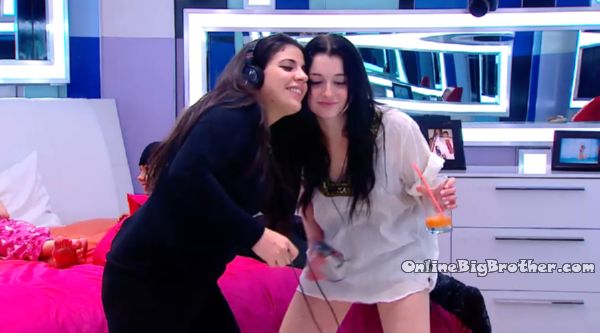 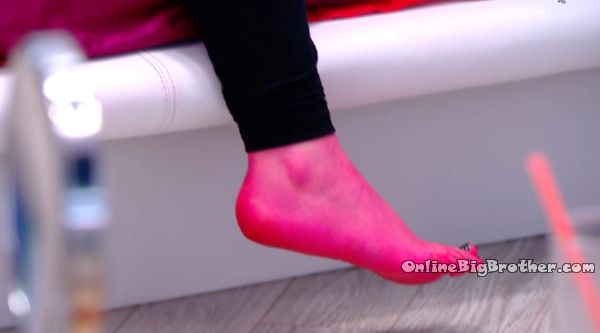 Sarah tells them that she convince them to put Heather up as a pawn. Kenny – “Thats amazing” . They say that POV and nominations are tomorrow. 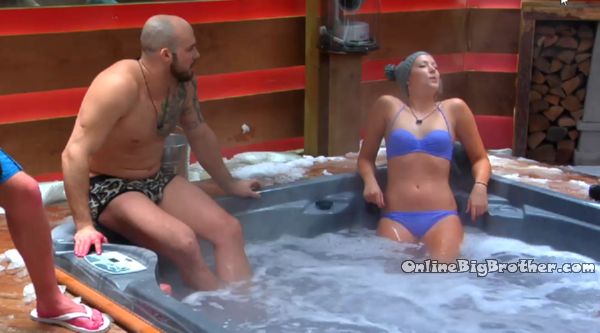 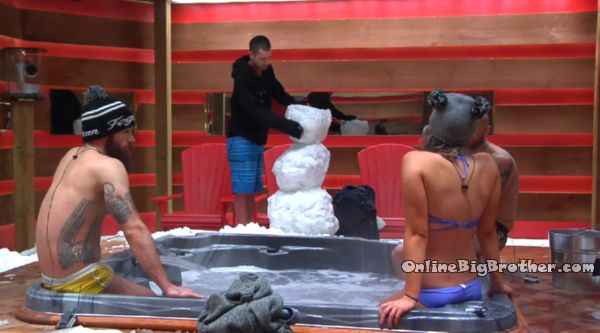 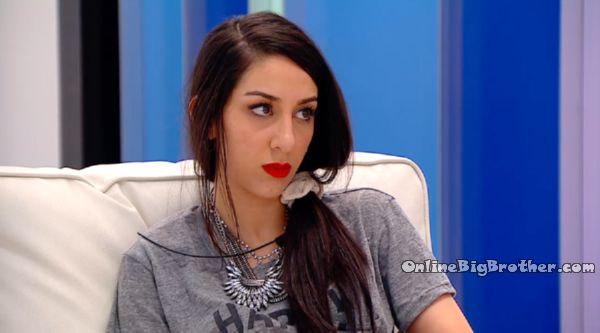 IKA says that she wants to put up Paul and pawn so they can back door Adel or vote out Paul. Everyone gives their excuses why they do not want to be a pawn.
IKA tells them that Paul is going home and if the Veto is used Adel goes up and goes home. IKa says she will not put Sarah up.
IKA asks them if anyone wants to volunteer. Everyone says no.

Sarah says she needs to shave her “Poonani” and leaves.
IKA asks Rachelle if she wants to go up as a pawn. Racehlle says no.

Heather says no because the pawn always goes home. IKA doesn’t want to put up Neda as she was the pawn last week.

IKA asks Heather if she is comfortable going up as a pawn. Heather says she’s not close to any groups and she’s worried if she goes up as the pawn the plan will change ans she’ll go home. IKA says it won’t happen they girls have the votes to take out a guy this week. 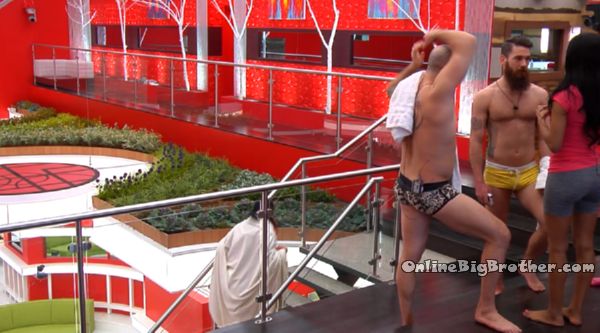 Heres a quick pic of this stud..

Heather is a gonna. They hate her, especially the girls. At some point this week they’ll just say, ‘lets just get rid of her’. Some are thinking it already.

What were they thinking with all the prospects, bringing Heather into the house and expecting her to play the game. The bullies will have a ” field day”. Allison seems to be intelligent and I think the claws are starting to come out a bit.

Ika is so stupid! It’s hard to watch!

Any chance you guys (Simon and Dawg) are uploading video of Allison and the Bros in the hottub? What I wouldn’t give to hear that. Thanks 🙂

I think I have it… had some tech problems so not sure.

I only got about 5 minutes it’s uploading now http://youtu.be/M4pNxZFDODU

Cheers to that – I tried looking for it on Slice Live Feeds and I don’t know if they’re behind or ahead or what but Allison is in the hammock with Andrew and I think it takes place after that. I don’t know but thanks so much.

I’m disappointed in Ika and all her big talk . I am also disgusted with her.

Why is Heather so dumb? Why do they need a pawn when everyone supposedly wants the same people out? In’t she thinking at all? How does Sabrina get away with these stunts? Her fake laugh is so irritating. I just don’t understand why they all can’t see through her.

Simon could you please post a video of Paul threatening to eat the cake. It was my favourite BBCAN2 moment so far.

I think Ika is smart, she is saving Adel (While keeping an alliance with him) and the rest of the house does not even know that! In the meantime she is saving someone who saves her while getting rid of Paul or Heather and gaining respect from the house.

BUT I do think that Ika is still a target only because she is a physical and mental threat. Maybe the new girl will take this image off of her….

Ika is so dumb! What if Adel wins POV and takes Paul down. Then what would she do? Who else would she put up? And who would go home? I hope we find out.

I’m really hoping that’s what happens… She’s probably going to put up Arlie… Or the new girl.
But enough of this “Ika is stupid” tirade. We are forgetting that she doesn’t see the bigger picture (none of them can)all she know for certain is 1. Paul put her up. 2. Paul will throw anyone under the bus (including his only ally)
That’s not stupid. That’s how we all go through life (with only 1/2 a piece of the puzzle)

I feel like no one knows what to do in the house, and they are all waiting for production or the twistos to make their decisions for them. And all the likeable people are leaving. I saw Annick on Lizas Dish on You Tube. Too bad she couldn’t have stayed longer, and still trying to figure out what Allison’s game plan is so far, overall dissappointed in how this is all starting out.

What did paul do why the feeds were down week 1? can someeone explain to me what arlie said he did, i cannot view the video too country restriction. thanks!

What country are you in?

This is getting boring! Going to have my chicken fingers!

Simon
Reply to  The Shield

I think it does have to do with stomping on grapes and filling up a tube because I saw Paul in 1 vid say that it would suck if the Have Nots had to eat grapes the whole week.

At least Big Brother 15 had split votes in the beginning. This season is such a bitchfest with everyone just doing what Andrew and Kennny want. Allison has been such a letdown, now shes just ANOTHER sheep for Kenny and Andrew. Ika is the biggest moron, I can’t even keep watching if this mess continues.