9:10am Big Brother wakes up the house guests. Andrew, Peter, Aj, Alec and Talla are sitting out on the backyard couch. They discuss how long it took to set up the POV competition but that it was taken down so quickly. It took longer because they realize Big Brother had to do run through’s of the competition to make sure it worked. The conversation turns to talking about past seasons of Big Brother and cast members. Andrews says that Evel Dick is like Howard Stern but not nearly as smart. They start talking about the Power of Veto competition again. 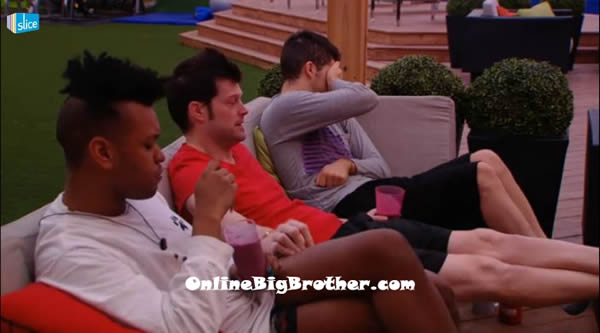 9:50am – 11am Big Brother switches the live feeds to the hush, hush screen. When the feeds come back Suzette and Gary are in the bedroom talking. Suzette asks if it vain that all she is thinking about going shopping for an outfit to wear to the wrap party. Gary says no. Suzette says that she can’t wait to go home and get her shop-on. Gary keeps trying to nap but big brother turns the alarm on each time he lays down. The camera switches to Aj and Jillian in the kitchen talking about him buying a place with a girl and the relationship didn’t work out so he had to sell the property right after buying it. Aj continues to talk about his past jobs that he has had. Big Brother blocks the live feeds again. 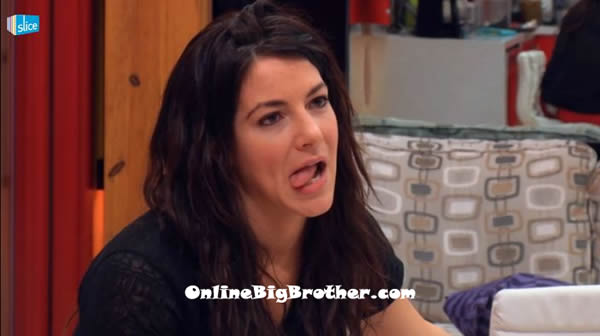 11:10am Emmett and Andrew are in the pool talking their conversation with Alec last night about who Andrew would put up if he won HOH. He says that he wouldn’t put up Aj as a pawn, because pawns do go home. Look at Aj when he was the pawn, that twist almost sent him home. Andrew bring up how Alec really didn’t want him to put up Peter. Andrew says I have to think about my game not his.

11:30pm – 12pm Andrew and Aj talk in the kitchen. Aj comments how no one will remember that Andrew won the HOH after Gary because it was a double eviction. Aj says that you can use that to your advantage, when we are asked that in a competition most people are going to forget that. Andrew and Aj talk about how Andrew wants Topaz out. Aj says that unfortunately Topaz has put herself in an amazing social position because if you put her up she will poison you to Alec and Peter. Andrew says that he likes Peter but they both agree that he won’t try to win anything. Peter joins them. The conversation turns to how Tom said he has experienced racism. 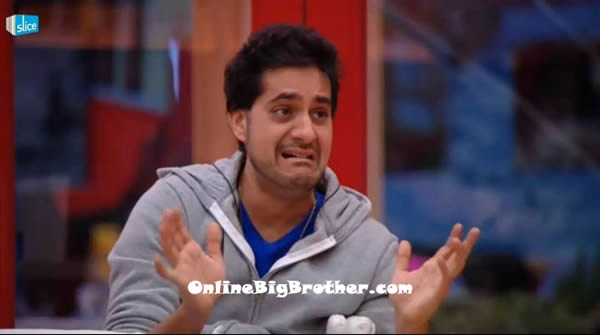 Aj says that he stopped him and said right you experienced racism as a good looking white, bartending fire fighter. They all laugh. The conversation turns to talking about Suzette and how she has had her extra couple weeks but it is time for her to go. They agree that Suzette played the wrong game and think she should have played the mothering mentor game.
Video is uploading:

The single best thing I’ve noticed in BBCA over BBUS is the fantastic lack of the HGs endlessly prattling on about their imaginary best friends in the sky. It has even spread to the boards! Here’s to a secular Big Brother!

Peter I’d playing the best game do far… He is not in anyone’s radar at all! Hmm… I can totally see him making it to final three (not that I’m a fan of his or anything)

Do you think it’s definitely over for Suzette? I think she could convince 3 people to vote her way! She has Gary, and just needs 3 more.

Well I didn’t care so much if she went home or not. I am just enjoying the show.

But, and here’s a quote: Suzette: ‘I’ll be the token native on every show they need me.. my whole goal is to push Native people into the mainstream”

If that is how she feels then I am on the side of the house now. She can go. As far as she is concerned, she has met her goal. She said aboriginal day is coming up in june and she is up to be hired as a speaker AND she has upped the going rate to $5,000. I guess cuz she is a celebrity now and she has been representing the native community appropriately. So she can go now.

(graham greene, adam beach, robbie robertson, tom jackson, chief dan george, Susan Aglukark. I am sure these people appreciate all that Suzette has done for them, her being mainstream now and everything)

no, i don’t see her staying the only one who might give her a sympathy vote is gary but that is a big maybe besides that there is no one. Emmitt and peter will vote her out ( since they had a hand in noms), Tall and andrew will want to keep aj, That leaves jill and topez neither which have a very good relationship with her so i don’t see them going against the boys here so unless production decides to cheat again and save her (which is the only way i believe she won the first time) then she is gone. There is no senerio where she gets off the block

I liked Evil Dick, but he had luck on his side. Like America’s player Eric was told that he had to vote to keep him, and he was the deciding vote one week that kept Dick in the house.