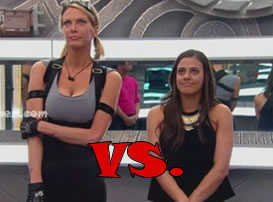 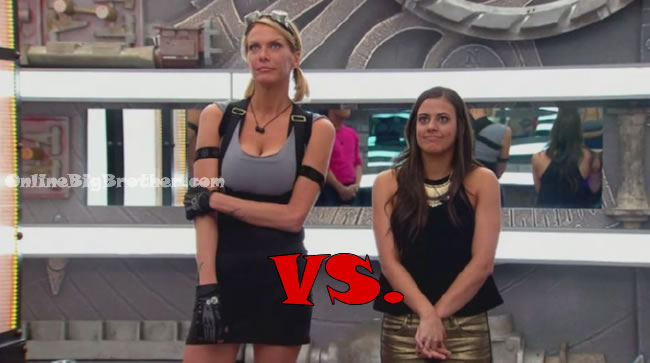 Monday’s premiere showed the 16 players entering the house for the first time. They soon found out that the house is a) Amazing and B) lacking their personal belongings, food, and furniture. The details were vague but from what they were told on the show they will have to earn these items, nothing comes free in the Big Brother house. Another Twisto twist of the season was for each houseguests to nominate two players for eviction. The two houseguests with the most votes will be nominated and given the chance to play for the Power of Veto. The breakdown of the votes can be seen here. The outcome was Cindy and Risha holding the majority of the votes. The POV was played and Cindy came out with the win. Cindy was then instructed to pick a replacement nominee and her pick was Pilar.

For this week Canada was given the vote to who will be evicted. (Hopefully this is the last time) Without feeds it was hard to judge who to vote for. Our humble little poll at OBB showed Pilar as the one most of you want sent home. Tonight we’ll find out who is evicted and maybe who wins the next HOH of the season. It’s been rumored that the feeds start after the show airs. The show airs on the east coast @ 6pm PST then again on the west coast @ 9pm PST. So expect the feeds to start either at 7pm PST or 10pm PST.

How to watch the live feeds?

If you are in Canada go to https://bigbrothercanada.globaltv.com, the feeds are free. If you are outside of Canada the feeds will be blocked, To get around this you can to use a VPN service. We recommended a service called https://www.hidemyass.com/vpn/r16399/ This service is cheap, reliable and safe. We’ve used it in the past and it works! If you have any more questions Dawg has written up a FAQ and how to for setting up a VPN here

Risha evicted, First 5 to leave have a chance to come back in (unconfirmed). Thanks @hamsterwatch

Confirmed Results from the Show

*Houseguests think they will be voting this week.
*Live feeds start tonight and there’s a fan feed. 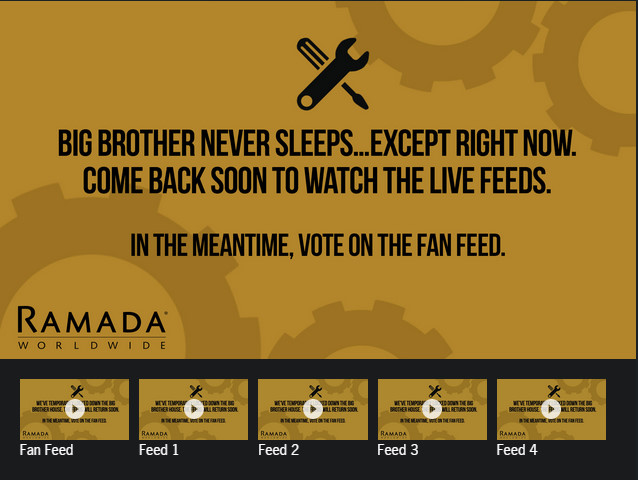 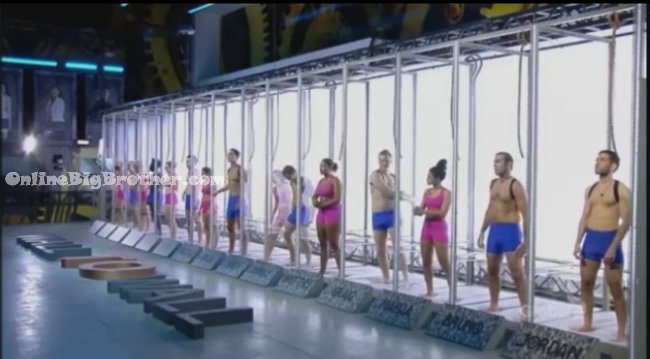 Feeds start tonight.. if you are outside Canada you’ll need a VPN

Risha was voted out of the house. BBCAN had them open letters to find out of they were safe or not.

There is a long endurance comp, which should potentially be on the feeds.

Something tells me that Kevin will not be as slick as he thinks he will be, since 2 of the girls are already onto him.

It seems like Jordan is trying to replicate the Shield with Zach.

You know, I honestly really, really like that comparison for Jordan + Zack because it makes sense that the two people Peter + Alec hate the most (mostly Peter) would get together and basically start playing the same game as them.

I like the comparison too, and they both definitely make Peter feel a way about them. He thinks that Jordan is an incarnate of himself, and even posted a pic on Twitter. Golly.

They won’t open the feeds until after the challenge is over. That’s the joy of not paying for them, production cuts all the good parts.

So disappointed Risha left. Looked like she would’ve been WAY more interesting to watch than Pilar… Who looks like she has NO game whatsoever
Wonder who the house wanted out, probably Risha cause she seems more threatening, shame Canada probably voted out who was going to go out anyway.

I think Risha has been put up on the block because people do not like her, not because she is a threat.Mu 2 cents…

Why did Risha leave???? Pilar is an idiot if she really trusts Cindy wtf she put u on the block
Kevin is such a Zach bb16 wannbe OMG the gay guy better go home so annoying
Jordon and Zach trying to be Alec and Peter ughhhh
Will these house guests get original please

It’s Sindy with an S LOL

and so we begin

as they are instructed to go into the vault my mind automatically thinks if they do a two man enter one man leaves thunderdome scenario pilar is doomed, because risha seems to want to let the claws out.
speaking of risha, she should be glad she wasn’t next to kevin outside… he might have popped the wrong balloon.
sounds like I didn’t like her… but I think Risha’s brand of anger scratching to get out might have been fun to watch for a few weeks. I don’t think the big sister route would have worked well. she took too many opportunities to isolate herself from the group dynamic in what was aired.
actually, if i’m being honest, the only hg that is standing out as someone I think i’ll have a hard time feeling any connection to is kevin. the cocky, smarmy i’m a mastermind mentality always seems to rub me the wrong way. if he proves himself by actually conning the others long term, and proving his claim, i’ll stand corrected.
I have my doubts the feeds will come on until after the head of household comp. if memory serves comps always had feed blackouts in season two.

Donna with a U

kevin is so obvious….Zach attack wannabe

Please replace Peter on the side show I don’t even get why he is on there?
Thought it was suppose to be likeable players

I’m having a hard time finding stuff. lol Were was this pole here that I never saw. Having a tough time navigating the site. seemed much easier last year for me. By the way I hate the Global site worse than any thing on the net a complete idiot must have done it. Beyond terrible and I left a request no response customer service outstanding.

BBAD starts tonight looking forward to that. It should be post comp hopefully. Couple weeks to see where the true power lies.

RIP Risha would have been a great F2 floater. Tragic state of affairs.

Risha got evicted because catty women across Canada were jealous of her. Thats it. Bottome line.

You’re absolutely right. Jealous, catty women ruined it for all the straight men across Canada who wanted to see Risha’s boobs pop out on the live feeds.

I wish we would have had live feeds during the hot tub party. I feel very cheated.

Sucks Risha is gone, hopefully she gets voted back in. I do not get people.

Arisa said that it was a competition to re-enter the house.

The feeds are on. Yay.

People want Johnny, Godfrey, and Sindy to go up.

anyone else having a problem getting the live feeds to play now that they are open?

Did anybody see (was it a mistake or intentional?) while they were getting their envelopes the numbers displayed? something like 1319 and 1317, which means it was very close.

another name
Reply to  MAC

imo, the numbers next to their names weren’t final totals for votes, but safe deposit box numbers as part of the motif… not that it helped either risha or pilar find the boxes very quickly.