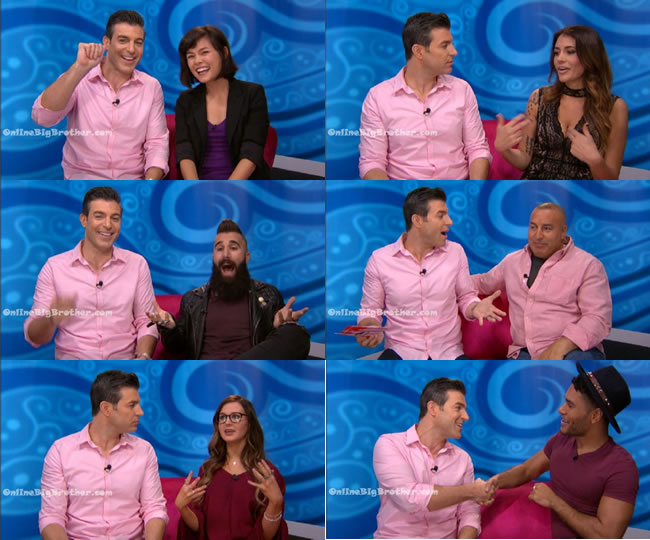 Earlier today the Big Brother 18 cast was revealed showing 12 NEW houseguests. There was some surprises, Vanessa’s Rousso and Cody Calafiore siblings. This jives with some of the rumors we heard earlier this month (Frank, Nicole, Davonne and James maybe). Continuing with these rumors we would expect 4 more houseguests to be revealed during the 2 day premiere. Maybe coaches, maybe blood vs oil vs water, maybe vets dunno… All I know for sure is the rumor I made up about JEJO being on the show is false, sorry my bad ;)

Some pictures were released of the house showing a international theme, more will come when Julie Chen does the ET tour. We have a fun week ahead before the three-hour two night premiere, with two hours on Wednesday, June 22 (8:00-10:00 PM, ET/PT), and one hour on Thursday, June 23 (9:00-10:00 PM, ET/PT), on the CBS Television Network.

Check out the interviews done by Jeff on the Live Feeds —-> check them out here
This is the first time I’ve sat down and listened to the Jeff interviews in full, it was fun. I wonder how these first impressions will match up with the first week on the feeds. Right away I’ll say I’m liking them all would have liked some older people but whatever it’s Big Brother.

Below I made some notes from the houseguests interviews, tried to highlight anything that stood out. Some of their voices are already getting to me, LOL. You’ll notice Cody and Vanessa’s siblings sound just like them. Tonight I guarantee I’ll have green beanie nightmares (“Incentives.. the incentives must align.. they must.. if the incentives don’t align .. trust.. your word.. “) 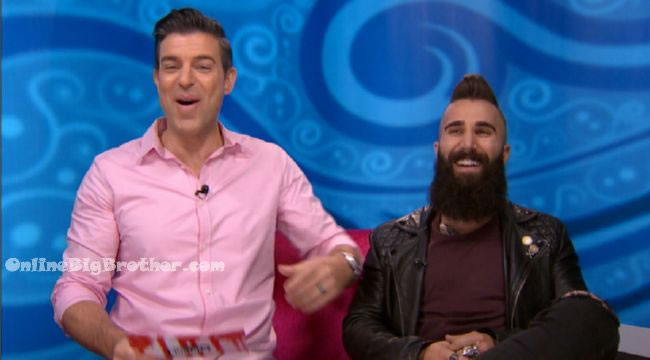 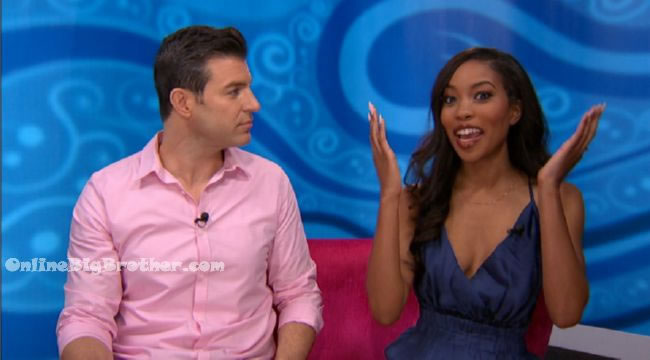 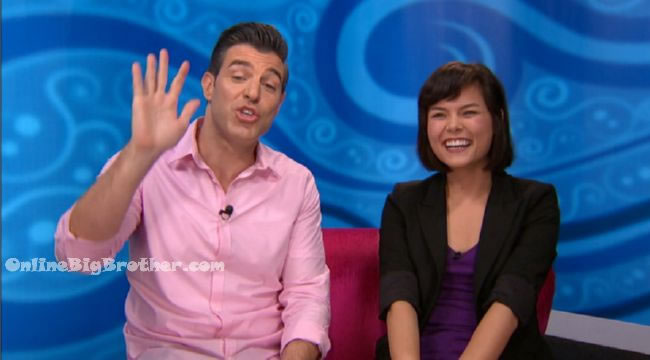 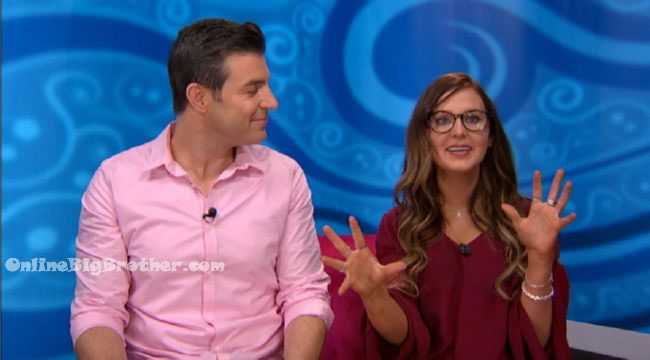 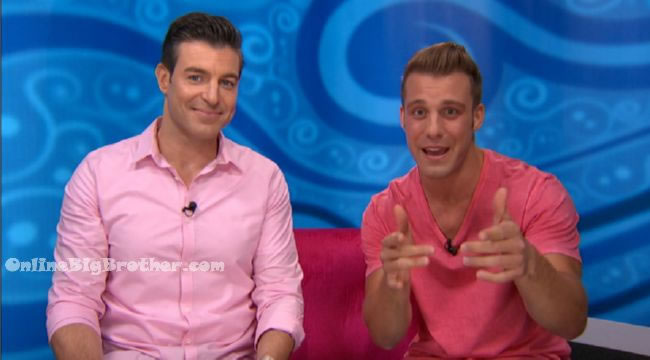 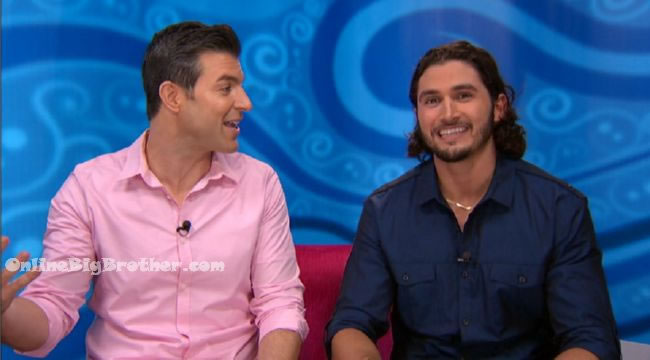 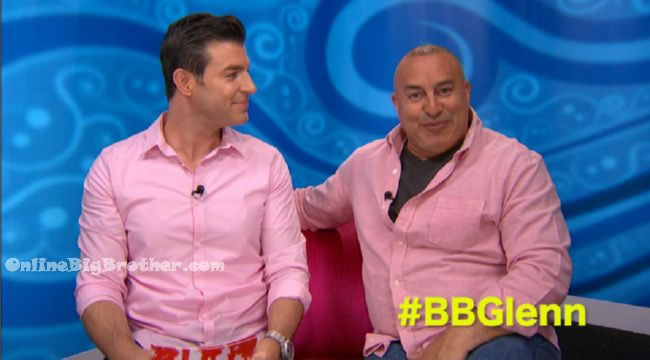 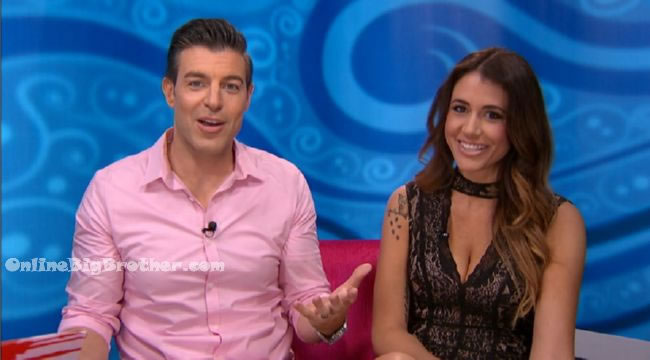 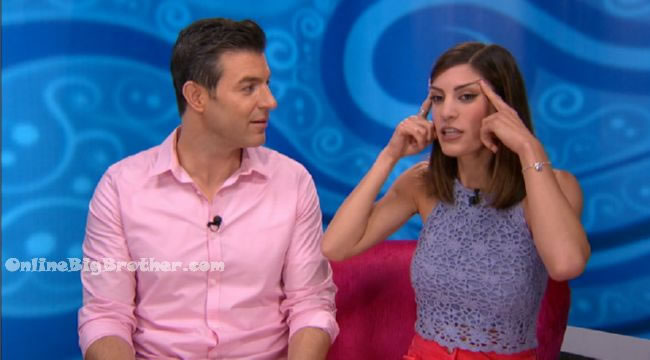 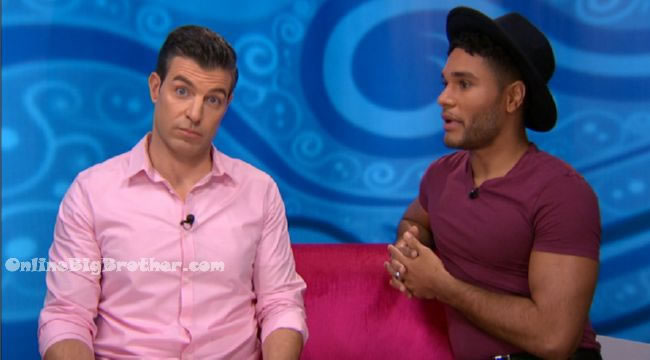 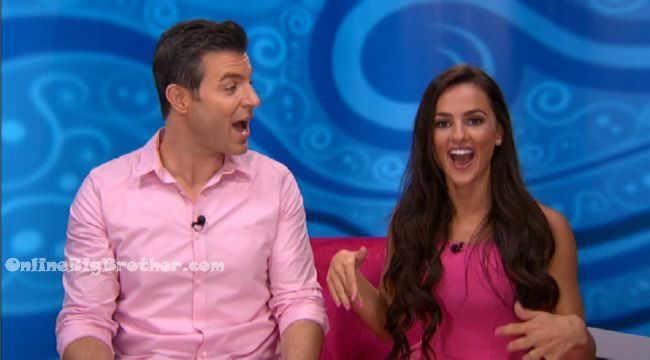 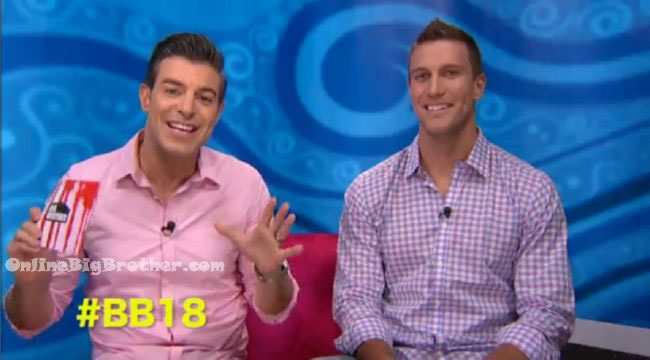 If you’re Canadian and AMEX prepaid card from shoppers plus a VPN like https://www.hidemyass.com/vpn/r16399/ will get you the feeds.

so we can get cbs all access this way? how much does the vpn thing cost? does it effect normal everyday use for other websites etc..

also are you going to be posting video this year on this site? i think bb17 you couldnt right?

No feed videos, CBS will not allow it.

I feel like casting just went around and tried to find doppelgangers of former hgs.. Come on CBS get original!

Team Tiffany all the way! She seems like a more cutthroat version of Vanessa
Next pick: Jozea- only guy that didn’t seem dumb as rocks (besides maybe Paul- but think Paul will get on my nerves with his ego shortly)
Michelle- Christine/Nicole put together but more bubbly- which will probably get on my nerves, but if it doesn’t I see some potential there
Paul- will either be very good or very obnoxious- giving me Austin vibes, which is NOT good although Austin was a decent player
Paulie- not so bad, easy to look at, but Cody’s brother so that is a huge black mark
Kitayah/Victor/Glenn/Clay (I mean Corey) don’t have the BB mentality, think they will be eaten alive but at least one of them will be drug pretty far to the end
Least Fav: Bronte- girl has got to go quick! Natalie- annoying with glitter on top Bridgette- oh please don’t talk anymore (Meg on speed)

After watching the ET Canada interviews and Hollywood reporter interviews, I take back my opinion of Jozea. Way too overconfident for someone who really knows nothing about the show.

Zach hasn’t posted on social media for a long time. Wonder if he’s part of this?

The person who leaked Tiff and Paulie being on also leaked that the 4 returnees are Frank, Nicole, James, and Dayvonne … so I’m guessing that is factual info

Suppose whoever leaked this could mosey down to Georgia and find out who got killed by Lucille? #Nonotglenn!

I can’t wait to get started. Thanks Simon.

Hey! Glad to see you’re back.

Looking forward to keeping up though onlinebigbrother this season. *waves*

I knew something was up with Vanessa’s sister when I looked at her twitter about two weeks ago and it said something along the lines of “I’m glad the school year is finally over and can’t wait for the summer break”, but now that tweet is deleted and there’s a tweet that says that her school must be the only one that hasn’t let out for the summer because she still has a week left. It looked pretty fishy and now I know why.

Anyway, Tiffany owned Sequester 2.0. It was like watching Vanessa but not quite as amped up.

Nicole posted about the cast interviews a couple hours ago.. don’t think she could do that if she is coaching.

Could be a family member posting for her though

Dawg, Simon,
I just checked out CBS site and it looks like they are allowing Canada to subscribe to all access..i was able to sign in with my email and password from a few years ago…and the option is there to sign up for All Access ..with 1 week free…just have to put in credit card info
i didnt do it yet but there is nothing saying Canada cant.
just to let you know we dont need the VPN thing.

Give it a try and let us know how it works out. I seem to need a work around when I did it but maybe they’ve changed it recently.

ya will do..probably sometime over the weekend..hope it works..i remember last year it definitely said U.S. only…this year i cant find that anywhere..
fingers crossed..

Unfortunately, it will let you into your old account but it won’t let you sign up for the live feeds without a US credit card (Or the Amex prepaid card). You also still need the VPN .. I’ve signed up for the feeds with the Amex prepaid card I bought at Shoppers Drug Mart and can access the live feeds but if I don’t use the VPN the access is blocked.

I think Zakiyah said she is a pre-school teacher and teaches 3 yr. olds.

Thanks! I’ll update the site.

Of course the cast is Ken and Barbie-esque like it has been but I appreciate a bit more of the actual diversity in cast members. I don’t see the typical surfer dude or blonde girl so that is good. I actually liked most of this cast on hearing them speak however it’ll be a bit before we truly know how they are. I did also appreciate there is a decent amount of LONG TIME fans. Not just Michelle (who seems to be the super super fan who I think is my favorite thus far) but others as well. The girls seem to be strong personalities this season and I foresee one of them winning as the guys are more macho-like fillers. It hasn’t been since Season 13 for a woman winner in Rachel let alone since Season 11 when Jordan won where a girl won who wasn’t a returnee. Zakiyah, Michelle, Bridgette, Tiffany (in no order) are my picks to win in no particular order. If I had to pick a guy, it’d probably be Paul.

Some people are upset about the relatives but let’s be real….Paulie looks very similar to Cody and has the tattoo so it’ll be interesting to see how he deals with being a (most likely) early target. And Tiffany is awesome…I can see her being as much of a mastermind as Vanessa but being MUCH MUCH more level-headed. I still think Nessie, despite how annoying she was, is Top 5-10 best to ever play with her only weakness being her own paranoia. If Tiffany can do the same game without being as forceful and paranoid she has a strong shot.

Interested to see the returnees. A lot of speculation that it’ll be 6 (not 4) returnees as Robyn Kass (@Kassting) put 18 emojis up before the cast release. More so, we had 17 house guests last year in a shorter amount of time. This season with a record 99 days just seemed to fit the HG count of 18 for some reason. I’m sure there will be a live feed leak in the next week and we will have a bit of a better idea if it’s only the supposed Nicole/James/Day/Frank like rumored or if there is more. I still find it interesting CBS released that 4 returnees were cut for four of the newbies especially with those cut being Kaysar, Daniele, Ian, and Shelli. This season doesn’t seem quite clear yet and I think something fishy is going on.

I agree. Can’t wait to see Vanessa’s sister in action. She may be nothing like her though. My sister and I are complete opposites. Will be interesting to see.

I’m super pumped for the season to start, been going through BB withdrawls BAD!

I know most people think there are only 4 past guess coming in
But don’t be surprised if 6 come back.
They had 17 last year 18 if you count John twice

all simon and dawg fans meet in the “onlinebigbrothercom” chat room in the feeds :-)

Never used the chat room before.. maybe I’ll give it a try.

I hate them all! What a shity people. I think the Ken will do finale for sure.

I think Jeff does a great job with these interviews.