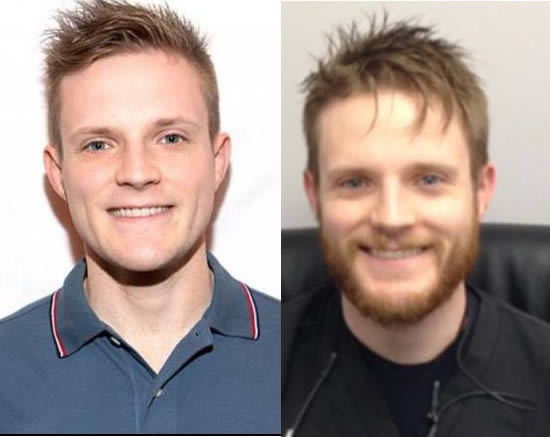 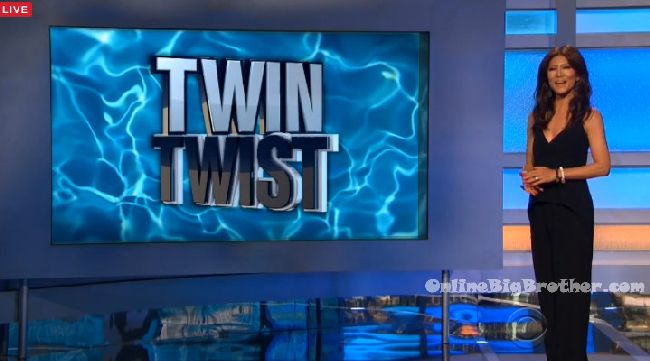 During last nights première of Big Brother 17 we learnt about all the twists they are going to ram into the season. The return of the “Battle of the block” coined by CBS as a “Fan Favourite” as well as the return of the “Twin TWist” Something we haven’t seen since Big Brother 5. Ever since we learnt about the twin twist fans have been searching the internets looking for which out of the 14 BB17 houseguests have a twin.

As Dawg pointed out Liz and Julia are a pretty close match..

This seasons cast of new house guests has two sets of twins one identical and the other fraternal twins. Liz Nolan has an identical twin Julia and Shelli (to the right) has a fraternal twin. As it would be easy to spot fraternal twins its very likely that Julia Nolan is the newest house guest to join the season.

One thing we should point out is Johnny Mac dentist’s profile can be seen here . Doing the usual searching on the internets hasn’t revealed any Donny McGuire podiatrists. I guess we’ll find out for sure tonight during part 2 of the season première. REmember the live feeds start tonight if you haven’t already signed up it’s worth it.
Live Feed subscription gives you CBS All Access thousands of archived shows. Live Shows like Big Brother, all the Big Brother Seasons, and 24/7 coverage of what is happening inside the Big Brother House. Plus there’s flashback that lets you go back to any second of the feeds and rewatch what happened. Simon and Dawg will index the season just watch the parts worth watching.
All this for $5.99 a month try it out 1 week free. Support our efforts and get your feeds via a link on this site. Live feed subscritpion Sign up

Technically 3 if you count Shelli and her fraternal twin, but there’s no way they are the secret twin pair.

If Shelli switch with fraternal twin. He/she will be out of the door!!!

I think it’s Shelly and Audrey. <3

They should use both sets of twins in the game.If they both make it the 5 weeks, then we have 16 houseguests

Zachary
Reply to  I Love Jordan

Two sets would be funny. I hope somebody figures it out.

The year they did the “Twin Twist” there was three Houseguests (OK 4) with Identical Twins… The Twins bonded. As I recall most fans would have preferred to see double with the other two twins.. LOL The Twin Twist was terrible and when did the “Battle of the Block” turn into fan favorite???? when???? I thought we all hated it.
Big Bother Take Over sounds promising… I think it may be the cure for last Seasons predictability… Millions of people last year became psychics because they saw exactly what was coming.
So who are we cheering for this Season? So far for me… Austin, Audrey, Da’Vonne and James…. Clay is pretty to look at but meh… Jace is interesting but skate boarding surfers have not lasted long since Season One LOL… So here is to another Season of Big Brother that we will all B***h about, swear we are never watching again and hunt the internet for naked pictures of the Houseguests… let the games begin.

I’ll go with those pics EricCA and add in Vanessa, who I have a good feeling about, re smarts!

I don’t think James will make it very far. Him and Clay didn’t seem like the brightest people in their Jeff interviews. Jace is already driving me crazy, he is loud, has to add a comment to EVERYTHING said, and is constantly talking over people. I am rooting for Vanessa and Da’Vonne at this point but it is still pretty early. I think Da’Vonne might out think herself.

I would to see both sets of twins on the show! It would make up for the battle of the blockbs.

So far (unless I missed it) only one person has professed to be a BB super fan (Da’Vonne) which is good. That will keep the ‘experts’ from knowing what’s coming next. Although I still think BB is playing it safe with cookie cutter contestants. For the most part the only thing different are their names.

I’m hoping we get a season where the contestants play and not cater to social media/fame aspirations.

Of course if the time ever comes that a player actually gives us a shoutout on the feeds I’m all for it .. lol. Seeing as it doesn’t even happen for BBCAN I’m not holding my breath it will ever happen.

Last night seemed to be a great start to Season 17. Im skeptical about all of the twists and I hated the BOTB last year but hoping for a fun and entertaining summer. Great to see so many returning Online BB fans on here!!

I’m always optimistic about cast when the season starts. I have a good feeling about the cast this year more so than last year.

I hate twists when they give us a boring season but don’t mind them as much when they result in unpredictable scenarios. Power needs to shift in Big Brother if it doesn’t you have a snoozefest. With 500 billion twists, If they can still make the season interesting and keep elements of strategy, Social manipulation and comp winning In the game i’m cool with it.

Thanks for all of your hard work every summer Simon and Dawg. I look forward to this every year!

Well, I’m glad I got my sunburn out of the way early this summer with an early vacation because I’ve finally caved and signed up for the live feed (mainly because y’all get a cut, because honestly, this site is the best and y’all are insane) so I’ll most likely be missing out on the sun, or really any weather, with the exception of going to work (boo) and possibly the store (jury is still out but amazon delivers groceries, doesn’t it?).

And now, I shall go catch up on posts and such. Thanks for being crazy, Simon and Dawg. I’ve obsessed over this site for the last few seasons thanks to family that introduced me to it but haven’t commented much really. I apologize in advance for extremely wordy posts ^.^

thanks for supporting us with the feed purchase it’s going to be a blast this season :) :)

I absolutely hated BOB. They always put the women up against each other and it made it so the men had all of the power. Horrible twist!

I haven’t heard one person say they liked BOB I wonder why they are calling it Fan Favorite?

In agree re BOB – but the Thought Police are – as always – in then driver seat.

I wonder if Becky and Audrey are twin trangenders because they look so much alike!

Theres another one of him….YES!!

Simon/Dawg,
Will you be doing the Amazon thing again this year? I found it easier to give y’all fundage using that.

Thanks for the support!

I am back again. I am hopefully optimistic. Maybe they won’t keep BOTB too long. And we can get some real interesting changes in there! Anyway, Thanks Simon and Dawg for all you do each year!!

I wonder if the BOB will be better if there is not such a huge alliance to begin the game? What do you think?

I think there’s potential this season, I’m so sick of giant alliances. BBCAN3 was rife with them.

So there will be a total of 17 houseguests crazy the most ever maybe if the twin twist can be pull of, but I doubt it will if it is liz because she seems the most likely target over some of the girls. And why they they pick jackie and jeff. I like jackie she is hot but I do not think she know how to play the game. And why them there is a ton of great tar and should play the game, but I did not like how they play tar. And why the mystery and I wanted there interview to see how they will play the game. Battle of block sucks but hopefully it just this week. Great for James I like him, he has the power of the bb9 and bb7 james. My picks are Vanessa, James, Austin, Jace, and Steve. But I have feeling that one of them will not make jury which sucks. I wonder will james nominate and who will the second hoh. People are dumb davonne sat out because they want to make it even cheez like 7 on 7 hoh. She is playing on tonight comp watch.

Jackie and Jeff confirmed on CBS as two house guests!

Grodner metion casting twist so I wonder if there is more than these two and the twin twist. But this is a lot of houseguest at 17. But I just wonder if there is a returning houseguest for a coach twist or a survivor contestant in the game. Or one of the guest for the takeover will drop into the game. Julie did not explain this bb takeover twist is it sabteour or america player in the game. Hopefully tonight she explains this bb takeover a little bit more because she did not explain.

I was thinking along the same lines. Will they recognize another poker face when thy see it?

Hi Simon and Dawg, thanks again for all of the work you do! As far as this season goes, I don’t mind the twin twist. It was entertaining when they did it with Nadria and the Logan twins in BB Australia’s fifth season. I am not happy about the battle of the block happening again this year, though. Fan favorite my ass! Don’t know if it has been discussed, revealed or guessed yet…but I think that this weekly BB Takeover twist is going to put a different house guest from past seasons in there each week to put that week’s twist in play.

Austin’s Twin = Dr. Emmett Brown from “Back to the Future.”

I was wondering too if Shelli might be related to Danielle. They look awfully similar and Shelli has shown a few similar mannerisms.

Me too. That’s why I came on here, to see what everyone thinks. Shelli related to Danielle?