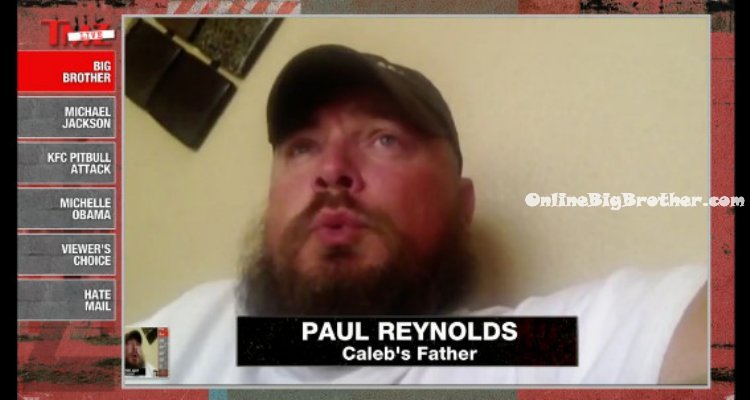 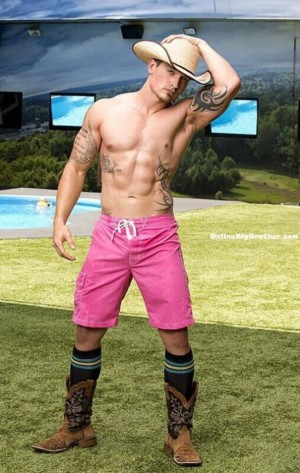 Tonight was the first episode of the 2-Night première for big brother 16, if you missed it here is our summary. We got to see the first 8 house guests move into the house and compete in the first HOH competition. Although, house guest Caleb Reynolds hasn’t moved into the house yet, the drama surrounding his appearance on big brother is continues to be talked about.

Last week we posted information about Big Brother 16 house guest Caleb Reynolds making racist and homophobic comments on his instagram account a couple of years ago. Today TMZ followed up with Caleb’s family and friends to find out the truth and to allow them to defend Caleb. In the following two videos they discuss Caleb’s use of the words “f*g” and “Muslim monkey”. They don’t however discuss the video of Caleb killing a wild boar with a stick. Following the release of the story last week – Caleb’s family deleted his instagram account (insain_physique) and the YouTube videos.

“By the way … there’s no way CBS didn’t know about this … they do background checks on all contestants for reality shows and scour social media.”

“You know this was 2 years ago, the comment. And I noticed in the intro there that there was talk of racial slurs. No there was one use of the word, you know the “F-word” could mean many things but in this case. We all know the word was f*g. And he did use that word, he did say Muslim monkey but in keeping it simple! I will tell you this Caleb is the furthest and they’ll see on the show. If they’re looking for some controversy with a racist or a homophob… They chose the wrong guy because they’re not going to get it! Caleb won’t play that game! He’s got homosexual friends. He has LOTS of black friends. That’s just not Caleb!”

“You’re not denying that he wrote the comments!? And not only did he write them he left them up! Because someone writes something in a computer and then thinks oh this is horrible I should delete this but he left the comments up.”

“Yeah he wrote the comments and he left them up! But in his defense I will tell you this his comments were completely political! They weren’t racial.”

“But they are racial used for a political purpose!”

LAST CALL! There’s still time to get 20% OFF your Live Feed access

I still don’t have a favorite, am waiting to meet the other 8 houseguests :)

People coming back from Iraq should get a bit of leeway with their actions I think. We have no idea what they have been through, maybe holding pieces of their buddy’s head in their hands…..

I so Agree Bill, if you have never known someone who has gone overseas then you are really looking thru different glasses so to speak. I know so many who have come back different people :(……….So Sad that nothing has changed in this respect!

Bill, are you asserting that there are no homosexuals or Muslim-Americans in the military? Or special treatment should only apply to white people in the military. Secondly you have no idea of his experience either so you’re just talking out of your butt. On top of that you’re getting all hot and bothered about thumbs up/down on a website but yeah other people are sooooooo sensitive.

I actually hate TMZ beyond belief.

I struggle with how much of the people in the media view the f bomb as homophobic. Maybe it is a regional thing, but the word is used wide spread in middle america and canada with no actual reference to actual homosexual people. I think the Jonah Hill example may be a good one, he is for gay marriage and was against persecution of gays in Russia but when a papparazzi was bothering he told him to eat d@@k F*g**t. I believe south park did an episode describe this concept as well as the term thats so gay and the f bomb. Where I am from that is also how the word is used. Also I thought the derogatory slur against gays was q^*er, so it is all very confusing to me.

Been watching BBUSA 16 live feeds and I was pleasantly surprised on how cool Caleb actually is. I think he did post those racist comments on instagram, but I also believe that he could mature and grow since 2 yrs ago. He’s sharing his HOH with a gay man that he calls his friend and has a crush of a beautiful biracial house guest. Proof is in the pudding, so they say…LOL

How tall is Caleb?

How tall is Caleb? ?

OMG the whole family are a bunch of narcicistic Jerks