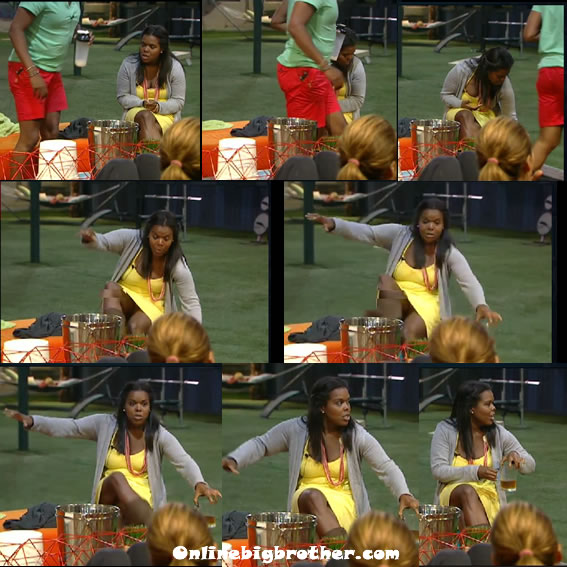 10:51pm Houseguests making music in the backyard and calling someones name, the person name that is called has to go dance. Lawon is cutting rug, rachel is tipsy and pulls out some vegas moves, Adam even gets up there. Lawon tries to pull Jordan up but she doesn’t want to go. Jordan and Shelly didn’t participate in making music, Jordan sat in the hot tub while everyone else was on the couch.. Kalia left early to nap on the living room couch. 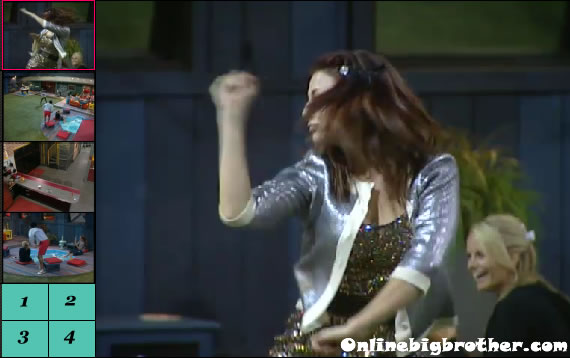 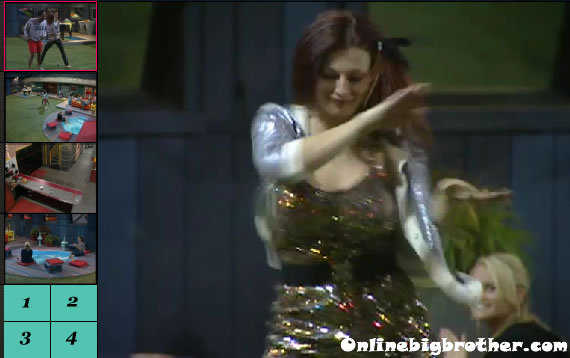 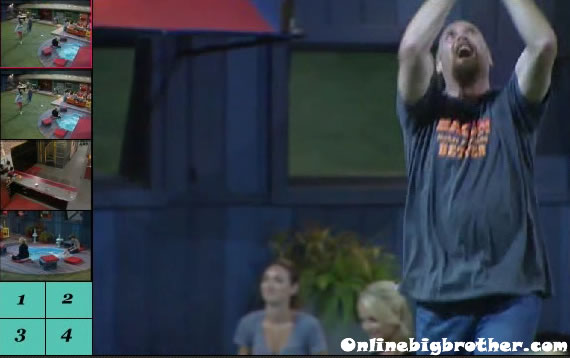 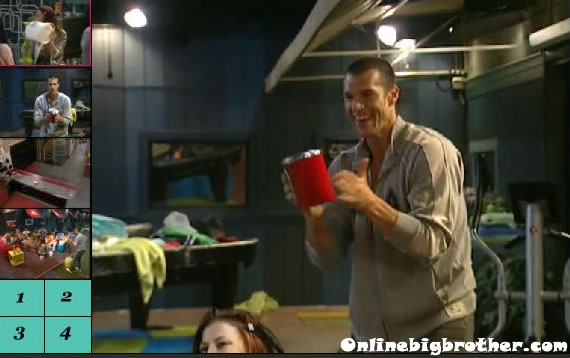 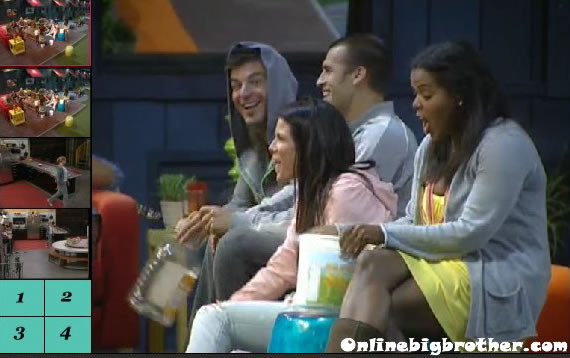 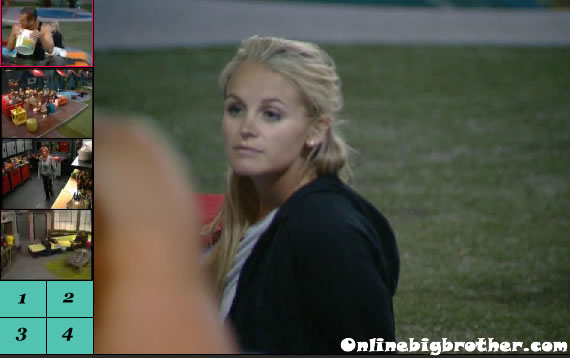 11:05pm Cam1 Brendon spent the entire time except for his dancing routine beside Dani. They were getting close at one point the camera moved to to rachel and she didn’t look happy. 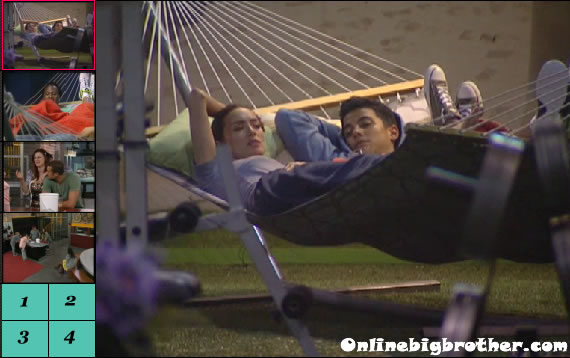 11:24pm Hammock Lawon and Dom They’re reassuring themselves that they have the votes if they are put up next week. Dom tell him that if they don’t get HOH one of them three are going up and he’s not sure Cassi has the votes.

11:26pm Dom, Lawon, Cassi Cassi: “F*cking P*rsche F*cking lil C*nt” . Cassi was playing pool with Jeff and Porsche/Rachel were watching saying things like “Ohh good scratch..ohh you sunk that one” They were irritating Jeff and Cassi a lot. Cassi is very pissed off says she hates it when dumb girls do that, Cassi: “Who acts like that” Lawon: “they were acting like girl” cassi: “Umm no.. no girls I know act like Them” Dom “I thought you were going to murder her with your eyes”. Dom is pretty sure that Keith is going home. Cassi tells them shes not so sure.. Lawon agrees. Lawon: “If keith goes it’ll be BLANK”. Cassi: “who do you think would win if me and her went into the yard”…

Dani joins them tells them that porsche and rachel are wasted, Porsche has to make sure which beer goes to which person.. 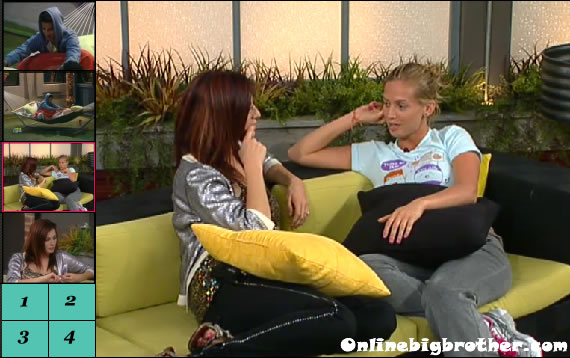 11:40pm Living room couches Porsche and Rachel Engaging in drunk talk .. talking about how much they hate cassi and how safe Porsche is… Jordan joins them and they all listen in to Porsche’s life story.. Porsche gets called into the DR.

There’s that Chantix rage coming out. Looks like it could start getting interesting.

The big brother house is NOT an environment to quit smoking!

Can someone tell me if Brendan can complete for HOH thursday.

Jordan is much more quieter in the house this year. You think Jeff told her to keep quiet and he would do the talking?

It looks to me like Jordan is really not in to doing Bib Brother again.

I do not have sound card that works and cannot read lips. Can someone please type the reason Dock left. This is getting hard to be understood.

I really hope Brendon and Dani continue to get close and piss off Rachel. Drama! I like Cassi and Dom but they are being too obvious by hanging out with each other so much. I don’t watch the live feeds just read the updates here (thanks onlinebigbrother crew!!), but it looks like they are spending too much time together and thus don’t fly under the radar very well. One of them better win HOH next week!

I also like Dani but I think she should think more about her long term strategy and make a side alliance with a newbie. She is at the bottom of the vet group and could benefit by being close to some newbies.

Shocker! Rachel drunk again and jealous of girls hotter than her.

Thanks for interesting blog post. You guys are always provide information that it makes it impossible not to want to buy your next product ;I can??t wait to see what you guys come up with based on all your research and data that you gather.