There is so many rumors floating around the internets right now, especially twitter were you can find dozens of accounts tweeting out “RUMORS” and “Confirmed Spoilers” from people claiming they have inside sources or work for production. The general consensis of all these rumors is that Jordan/Jeff, Dick/Dani and Rachel/Brendon are coming back. We’ve already learnt that Boogie/Will and Natalie/Jessie are a no go which only leaves Harden/Enzo, even though I found Enzo entertaining Hayden was a MEGA BORE so i’m not sure CBS (unless very desperate) would bring them both back in the house. I’ve also heard rumors that the newcomers know that they’re returning houseguests from past season, in particular they know Brendon/Rachel are coming back. Oh and just found out that rumor control featuring Ragan and Dani will have Annie sitting in for Dani, because Dani in sequester to be on BB13.

Allison Grodner tried to tell us that the potential returning houseguests could be different than the ones listed on CBS website because they didn’t have enough room on the site to list more names. This is complete BS.. Rating wise it makes the most sense to cast DD, JJ and BR solely based on their massive popularity and the MASSIVE AMOUNT of awesomeness having them in the house will cause. (PLEASE NOTE JJ, BR and DD returning is just my educated guess it’s still not confirmed by CBS and won’t be until Thursday)

These 6 returning hosueguests are not the only BIG BROTHER 13 TWIST there’s more to come apparently there is a twist that will LEVEL the playing field.. but that’s all I know. 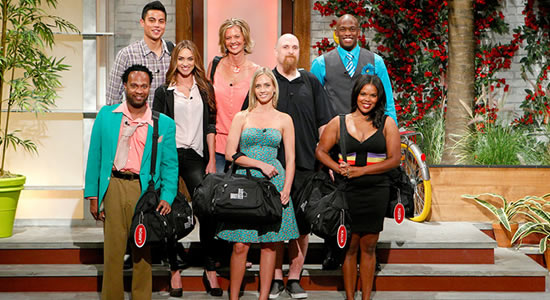 Real has released a new live feed website incorporating many new “social” features It all looks very cool and i’m sure the users that frequent the CBS chats will like the changes. There also another product coming out called BIG BROTHER LITE which is a unbloated feed viewing client (this is what i’ll be using). If you want more from your feeds and don’t mind experimenting a bit then the new feed website is for you if you’re looking for the feeds straight up without bloat than give BBlite a try either way this year is going to be the best (Yes I know i said that last year but come on we potentially have DICK and RACHEL in the same house holy shit!)

If you like our site buy the feeds from us we get a cut and it helps us pay the bills, sign up today or tomorrow and get a deal Live FEEDS 24/7 MADNESS $29.99 2 DAYS LEFT 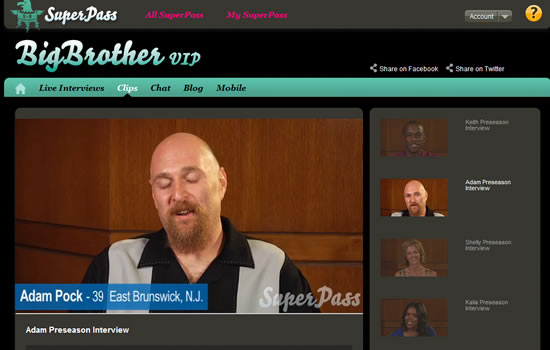 BTW no nasty nicknames to Adam he’s a fan of the site :)

Wait, how do i buy the BB lite? the link here goes straight to realplayer.

Lets do this yo!

Hope Big Brother makes this an extra good year for us.

My eyes will be glued on Cassi all season yo!

I have a question. since they changes the superpass website the big brother 12 flashbacks aren’t working. is there something I’m supposed to do so they start working?

Guess you already heard that bomb drop… didn’t ya? *Throws my body over ya to protect ya from the shrap metal. *
Hugsss.. LOL

I just now read that ED left the house on his own accord for personal reasons. =( Whaaaaaaaaaaaaaaaaaaaa. Man I was so psyched for him to be on the show. We’ll find out Tuesday what happened. I haven’t been on much and even had to watch the show a day later cuz I was in the hospital…yay….NOT. Sittin here with all my drugs and hoping ED comes back lol. Party at my house lmao.

Aqua, Salmon and Black are the colours of these season. I’m glad they all compliment each other ‘colour’ wise.

stop the press!!! We agree simon? haha hopefully he won’t be a racist or pick his nose too much. Team Adam!

I’m in shock.. finally after all these years :) I was going to be Team Cassi but watched her interviews on the feeds and I dunno anymore :(

Rachel’s Rachelness will be diluted so i’m thinking she might be bearable.

Wow! Could be fun! I don’t remember cassi though.. and Adam, you have a few fans.. but he better hold the standard. LOL

Rachel has been diluted… pixeled out.. don’t recognize her not even her hair. And how many are warning her to not quit, that America can see a different side of her already? Is this a Rachel love team or freaking what? Puke puke puke! Oh puhleeze.. we are all so over wanting or trying to love rachel.

Rachel’s obnoxious laugh is enough to make me want to stab my ears with ice picks…nuff said lol.

rumor has it Rachel put Cassi and Porsche on the chopping block.

Hey Simon…it took me 2 days to figure out what that was on Dani’s pic….at first I thought it was a fishing pole and couldn’t figure out why lmaooooooooooo. It just now dawned on me that it was a key LOLOL!

i hope the rumors are right…not that i want rachel to be hoh, but if these are the pairs…id be happy watching feeds this year.

BB lite has been released http://bigbrotherlite.com/

How does the BB Lite work? I mean do you still go to the Superpass website to watch the live feeds? I am confused.
I am confused by the new superpass website too. I just tried to watch the flashbacks to see how it looked and when I had it on quad screen and tried to make it full screen, I got a blue screen. after the computer recovered, it recommended the I update the ITA driver, so I did that and then I tried it again and the same thing happened. So, if I get the BBLite will this work better on my computer? Or can you suggest something I can do to make my computer work better? I appreciate any help.

When you download bblite it loads a superpass window which allows you to login using your superpass credentials. After that It’s just a window with the feeds in it, I haven’t had a chance to try all the features out yet. So far it’s a light weight stable alternative for people that just want the feeds, if you want all the community features on superpass’ site you’ll need to go through them.

Thank you, Simon. I will have to try the BB Lite and hope it will work on my computer.

I thought I read somewhere that the new Duo HG’s weren’t entering the house until Thursday. And with the HG’s just going into the house over the weekend, how can they have already voted someone out?? I am so confused.. Thursday really needs to hurry up and get here!!

hoping that video was just to throw us off, but if Brenchel are in te house with Dick and Dani, I hope their in there for a while, to see rachel get put in her place PRICELESS, and Jeff and Jordon being thre don’t sound bad Jeff needs to go apeshit on Brendon for throwing a fit like the puss he is and almost hitting them with that mini bowling ball.

why is Jessie’s pic in the lineup he in the house too?? that’s mall we need a Team of a Douche(Jessie), A Ho(Rachel), and a Missing Link(Brendon)

I don’t think Dan and Memphis will be there because Dan just got married. I doubt he would leave his bride to be on BB. Hoping that Dick has not been evicted because the only way I can stand B/R is if someone like Dick is there to provoke a Brenchel meltdown. As for J/J don’t forget that Brendon threw a ball at them last year. There could be some sparks there too. Imagine Jordan chest bumping Brendan. That would be worth seeing.

bblite is availabie now by the way, I downloaded it yesterday.

BBlite is good… I can’t wait til Thursday. Sometimes I just wanna watch the feeds so I’ll use BBlite often. Thanks Simon

Also, the onlinebigbrother.com toolbar is awesome! Download it guys!!

now that was a twist

Highly skeptical each season but I keep coming back for more

Umm I follow Jeff on Twitter and he just tweeded… “back to the grind after a great and fun weekend”! Very interesting if you ask me

Do you think CBS would let him tweet if he’s going in the house tomorrow???

I think they either have people tweeting for them or CBS is allowing them to tweet mundane tweets.

Knowing BB they could’ve done the HOH with just the duos playing, like session 11, and had the winner be the 1st HOH

I know a lot of you wont agree with me lol. They should bring back Jen from BB8. :P

To instigate drama with Dick? lol. You are evil LMAO.

Mmm ok.. looks like the dates or blog is caught up in lag. So let me help you all out that got to here.
Keith and Porche’ is on the block. Porche is doing her good deeds and sucking up.. Keith caused a stir
and some are blaming him for Dick’s quick leave of absence. ha ha there isn’t a lot going on in the house,
cept.. they’re being given hard alcohol this year instead of beer’s and wine.
We are bored already.. watching BBAD. We went and had some drinks, found the cool backyard and I cried.
GGggigggglin~ oh yeah…. wah wah wah