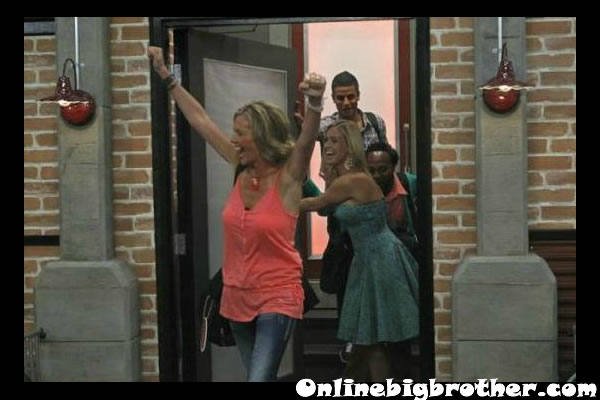 Jason Thomas, 26, from Los Angeles, CA a working Actor who was cut at the last minute from BB this year. We contacted Jason in hopes to gain some info on the twist or the identity of the mystery 6, he was nice enough to answers our questions as best as he could, unfortunately they did a good job of telling him jack shit. To sum up what he Knows these were his words “pretty much kept me in the dark, I didn’t know I was even cut until Friday when it was public knowledge Thursday”… “last minute casting change. I didn’t fit the “puzzle” this year, my best guess it has to do with one of the previous HG’s they’re bringing back”, Thanks for answering our questions Jason.

No Natalie and Jessie on BB13

Natalie Tweets that her and Jessie are not on Big BRother 13 So the confirmed list of potential allstar houseguests has been reduce by 2 pairs this weekend, Yesterday we learnt that Dr Will and Boogie are a no go as well as squashing the rumors that the renegades are also not participating. Today we learn that Scrappy Natalie and Jessie are a no go (the ground shook with surprise I know). This leaves Rachel/Brendon, Hayden/Enzo, Jeff/Jordan and Dick/Dani as the potentials however Allison has said now a couple times that “perhaps” there isn’t going to be 6 chosen and “perhaps” we do not know all the potential candidates (I call BS on all this).

Special thanks to tvgrapevine for conducting this interview make sure to check out the WLBB interview with Allison. 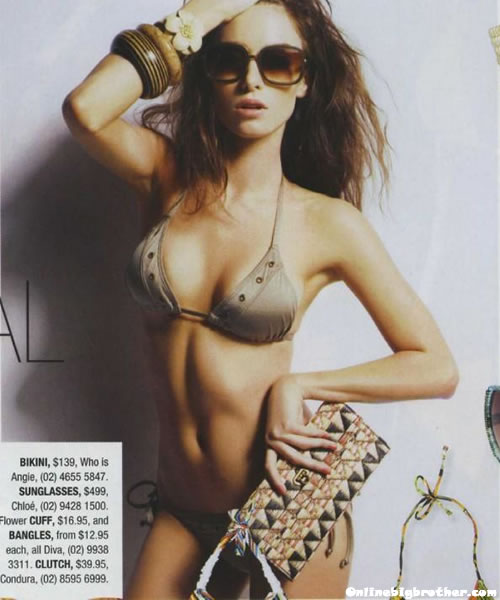 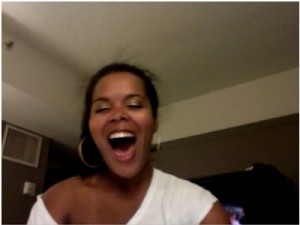 hii onlinebbspoilers i was gonna sign up for the live feeds but im from dubai / united arab emirates and im scared that it wont open or wont be able to tune in to the live feeds and would it be able to open in any other country ?plz help and reply thx :)

Hey ahmed.. I think you can only get it if you’re in Canada and the USA.

I have another question since i’m new to the online feeds.

When do the feeds go live to us? Thursday or before?

Simon, I’m really starting to worry that it’s only going to be 2 duos coming back and its going to be Jeff and Jordan & Brendon and Rachel. The way Grodner wont commit to saying how many duos are coming back and the commercial saying three huge surprises (#1.J+J #2.B+R #3.game twist whatever it may be) has me wondering.

In my crazy idea the game twist would be the rest of the new players would be split up onto either J/J or B/R’s team (4 players each team) for at least the first few weeks creating almost a Boston Rob vs Russell thing from Survivor.

I know I’m just going nuts waiting for Thursday but if I see Rachel in that house the only way it will be tolerable is if Dick is in there with her. Personally I’d just rather have neither and just have all new players but we aren’t getting that so I just have to accept it. All this worrying and I know it will still be the best thing on TV

Yeah… that’s definitely sounds plausible.. Like good(JJ) vs evil(BR).
I can understand them bringing back Dick but not his daughter, she was a complete bore. I haven’t been this exciting for a big brother start since BB12 :)

Maybe only JJ and BR are in and they switch them so Jordan has to play with Brendon and Jeff with Rachel. That would really mess their game up!

WoW it that time again for Big Brother Houseguest..wish i knew who will be coming back into the house

Please NO Brenchel!!! Am i the only one who found them annoying pests?

Yeah John I can’t stand them either. I’m bummed about the duos. Season 10 was one of the best because the casting was so good. They didn’t need to use past HG because they were all fabulous new HG. AG thinks we want to see BR, even though most of us don’t, just like she kept giving us Jesse even though nobody likes him. I hope Brenchel gets split up very early to minimize the torture, but unconfirmed rumor has it that they won first HOH and were the only duo not split up. That same rumor says Dick was evicted by Rachel first night. God I hope that’s not true, because he is the only person I see making Rachel break down into a sticky mess. Hoping the rumor is false and that this season isn’t as bad as it appears to be shaping up to be.

I thought the duos were moving in on Thursday’s show??

you’re right I think they are it’s the new cast that moved in over the weekend.

Here is what I think is going to be tough for the new people…I am going to assume HoH has already been played. As always. If this is true, this means the 6 old houseguests could NOT play in the competition. Thus, this means, like every season, if a houseguest cannot play in the first HoH they are automatically exempt from the first eviction. Such as when Dick, Dustin, and Jessica were exempt when they had to wait in the room back in season 8.

Thus, this automatically brings the number to 7 new vs 6 old. And the HoH (who has to be a new houseguest is not allowed to participate in week 2’s HoH). This means the second HoH is 6 old vs. 6 new. We DON’T notice. But this game, is going to be RIDICULOUSLY tough for the newcomers because Big Brother has basically set it up to where it is technically already equal.

Anyone else agree? Don’t get me wrong, I love when All-Stars come back, especially if it is J/J and D/D! But, gooooooood luck to those new houseguests! B/R, J/J, and D/D are CHALLENGE ANIMALS.

I agree It’ll be tough for the newcommers, thanks for the analysis .. I’m hearing rumors that the second twist is suppose to level the playing field.

Hope Jesse will not be coming back into the Big Brother house, he eat up all the food.

Simon, Just got my feeds through your links so I’m all set for the BB13 madness to begin. Thanks in advance for all that you guys do keeping us up to date with all the action in the house.

Can’t wait to see what substitute houseguest picture ideas everyone comes up for the new houseguests, the previous years have been hilarious.

Thanks! yeah I already know whose going up for Rachel, Brendon, and Jordan :) not sure about Dick…

Wanted this year t be all-stars too, I only been watching since BB10, I would’ve loved to see the Legends

Already a fan of this years cast, glad to see more color in BBG as well!!!!

so happy jeff and jordan are back, happy dick and danielle are back (even though dick is a dick) but the second rachel walked in i literally hit my head against my bed post!!!