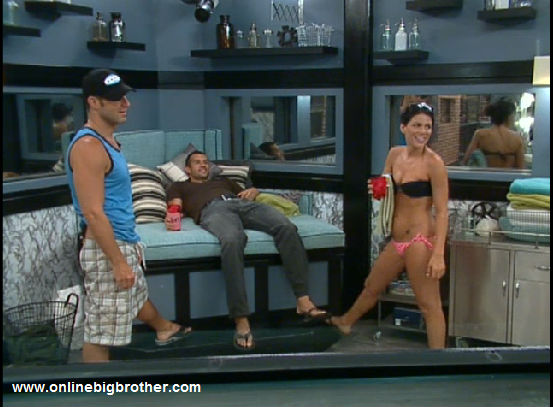 1:15pm – 1:30pmBrendon and Dani are talking in the bathroom. Dani explains that everyone after week four will go into sequester. All the people that get golden keys automatically go to sequester! Dani says that is something really big to think about. Brendon says oh yeah! Dani says so that means if you go you’ll spend a whole summer with Porsche. Brendon says maybe not .. I still don’t know. Dani says you still might change your mind. They laugh. Jeff comes and joins them in the bathroom. Jeff starts talking about how much he had to go to the bathroom.. that he was going to church up there in the HOH bathroom. ..releasing his sins. The conversation changes back to the golden keys and how there will be four of them. They talk about how the last key doesn’t really count for anything. Dani says that they say top 10 but you really get to top 9. Jeff says that surviving the golden keys is really hard without getting put up. They figure that the fourth person to get the last key doesn’t mean anything because you’re not safe. That five people will be evicted before sequester. Jeff says so here is your key …now give it back! That doesn’t make any sense! 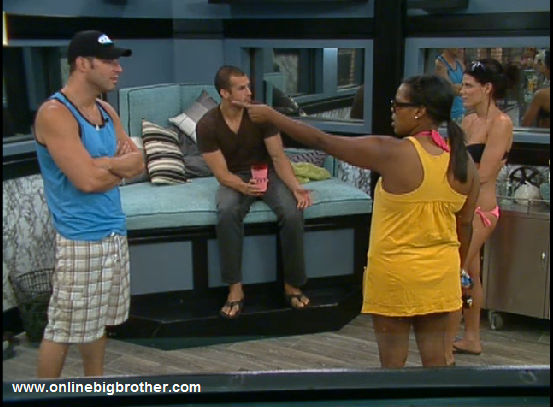 1:35pm Jeff, Brendon, Dani, Rachel talk about what they should name their alliance. Rachel is being loud and obvious that they are talking. Brendon tells her not to be so obvious. Jeff laughs and imitates Rachel yelling out SECRETS! They all laugh! They laugh and say that they should let Adam to decide to make him feel like he is apart of their group. Jeff goes to Adam and says tells him that he heard he was in the group 100% and that what him to name their group. They laugh and say Adams Angels. Jordan comes in and asks if they are conspiring? Jeffs asks so what would be a good name for a group of people conspiring. They all laugh. Then decide that they are being way to loud and obvious and break up the conversation. Jordan farts and doesn’t tell anyone. Dani notices and asks who just farted? Jordan admits to it and says that she was waiting for someone to notice. As they leave Adam thanks Jordan for letting him be apart of their alliance.

1:45pm Brendon and Rachel are up in the HOH room. Brendon tells her that they are all so dumb for being so loud and obvious down there in the bathroom. Brendon says that he is going to go hangout side. Rachel asks who are you going to go hangout with? Why dont you want to hangout with me? Brendon says that he’s just going down to workout. Brendon then leaves and goes downstairs. Rachel stays in the HOH room to go to the wash room. Brendon and Jeff are in the kitchen. Jeff is asking who the ice hog is in the house? And then goes on a hunt to find the hog by looking in peoples glasses to see who has a lot of ice. They laugh and head out into the backyard. 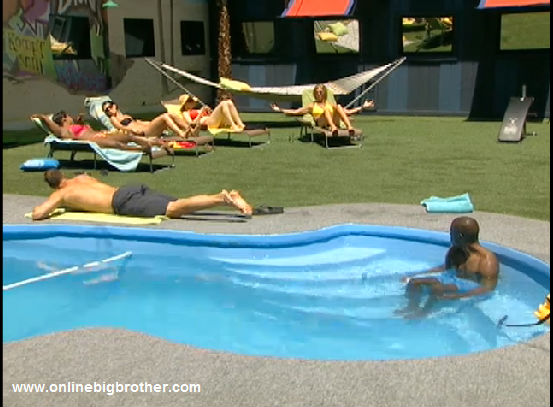 2pm – 2:15pm All the houseguests but Cassi, Dominic and Lawon are out in the backyard suntanning and talking about random stuff. Cassi, Lawon and Dominic are in the havenot room talking about who they need to push to be evicted. They says that they will think about it and see what’s best. Cassi and Dominic question Lawon about what Brendon and Rachel talked to him about this morning. Lawon says that he hasn’t promised anything yet ..then says that they asked him to vote with them and he would be safe and not to put them up next week. Dominic asks you promised them? Lawon says they said that, of course they said that I just went along with it. Cassi says that she doesn’t want to keep Keith but that once he comes out of safety he will be an obvious target for everyone. Lawon says that whatever they want …he will do! Lawon says that Adam is on the fence and Dominic says that he will get him. Cassi says especially if we explain the facts. Dominic tells Cassi to chill out on the game talk. Cassi says that she doesn’t just to Shelly when they are alone. They talk about keeping their communication open and that they wont talk game outside only when its late and they’re alone. 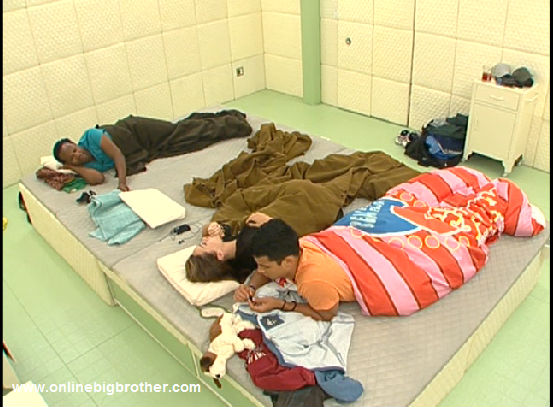 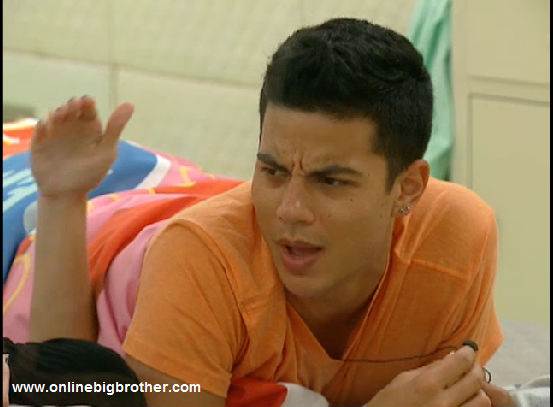 2:15pm The houseguests in the backyard are telling stories, laughing and joking around. 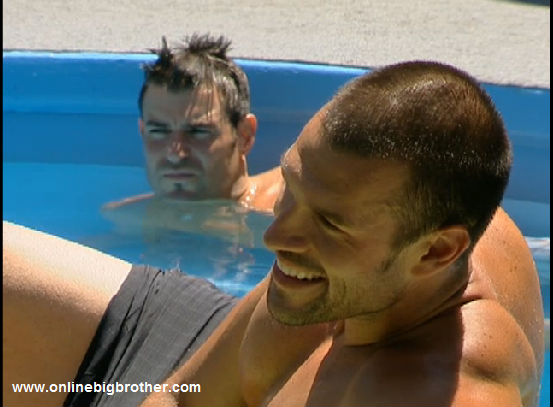 BB13 Live Feed Screen Captures , These are being updated every 10 minutes all 4 Cams 24/7
@BigBspoilers and @Dawgsbigbrother on Twitter for recent crazed out spoilers. Theres also a Facebook page here .

Could someone tell me why Dani has a key!? How and when did that happen? Also what was the reason the noms were nominated? I have been reading all the posts, but this year the information I have come to rely on is just not there.If the pictures weren’t written over I would not know anything…well except who farted!!!!!!!!!! Thanks for any help.

She got it when Dick left, that’s how the game work, in the n ext 3 week whichever couple is spit up, the other get’s the golden key, dumb idea i KNOW but BB has run out of good idea for the game, see the last 2 seasons.

Dani has a key because Evel is gone

Dick left the game, leaving Dani with no partner and giving her the Golden Key. She’s safe for the first 4 weeks.

Dani has a key because Dick left Nobody knows why he is gone.

The details will prob be realeased on tonight’s episode

Rachel says why doesn’t Brendon want to hang out with her.

Because it’s making us want to gouge out eyes out

On IMDB.com, cbs released a statement saying: “(Evel) Dick Donato left the show due to personal reasons…..this will be addressed on July 13th’s show” thats all that I have heard…..so, who really knows? But we shall see….