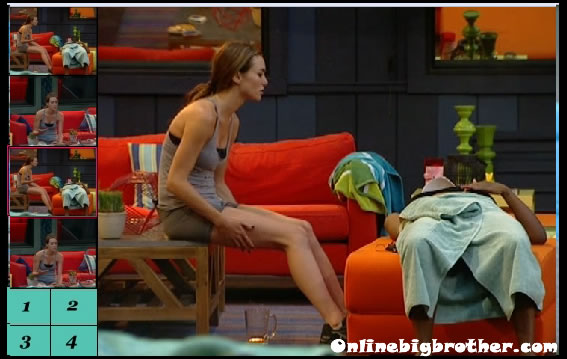 8:10pm Backyard Couch cassi and Kalia Cassi is saying she felt sorry for kalia early on because she seemed like she wasn’t doing well. Kalia explains that her body doesn’t adjust well to changing of routines and sleep patterns but she feels like she doing better now. Cassi asks her where her mind is at POrsche or Keith. Kalia doesn’t know she’s starting to think that maybe POV will be played. Kalia says she wants to vote with the house. Cassi does to, it doesn’t matter to her who gets sent home. Kalia mentions that Keith has been self destructing for the past couple days. Cassi: “As far as game I don’t care either way who goes home.. he’s kinda a black cloud but at least she (porsche) talks to people”. Kalai agrees says she really doesn’t appreciate what he did today. cassi jokes that she afraid he’ll kill her in her sleep… They talk about how dumb Keith reasoning was to hide his true profession. Kalia says he would of been the worlds worst matchmaker. Adam joins them 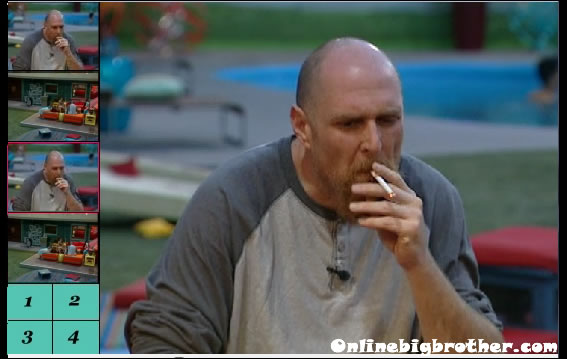 Kallia mentions that dom was saying the vets want the newbs to turn on each other and destroy their numbers advantage. She says that’s what is happening, you can see it today. Adam agrees. Kalia this is so annoying by us fighting each other we are basically giving the vets the power it they get the number advantage then it’s over for us. Adam is sure that the vets plan is to wait for the newbs to implode and do all their dirty work for them. He points out that theres been no arguments between the newbs and Vets it’s been all between the newbs but the Vets all seem to be involved somehow. Adam tells kalia that he wouldn’t doubt that the vets take Keith and Porsche off the block now that those 2 have caused so much shit the target is on them. This way if one of the newbs get HOH they will put up Porsche and Keith and not a vet.. Kalia: “Of course” Adam: “you can’t live in what if you have to live it what is” 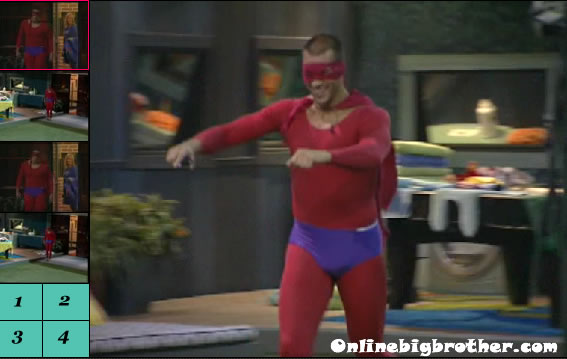 8:38pm brendon comes out in his tights. dances around 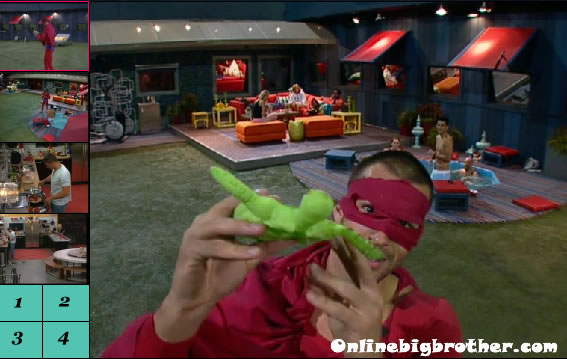 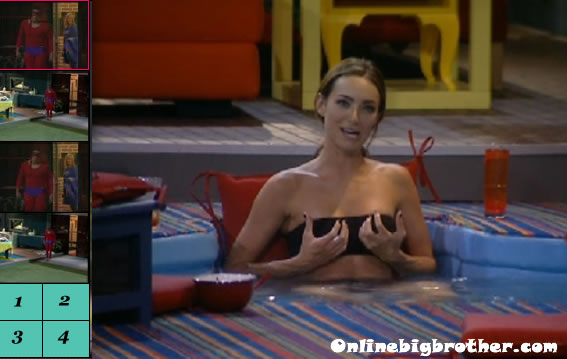 9:00pm backyard Hot tub super hero battles. They want to make a super hero play where Dom and Brendon are going to play out “chapters” of a comic book.
there names are Dominic the destroyer, Shelly yells out that Brendon should be super second chance but they stick to brendon. The play is as follows Dom is a evil super hero that steals Franklin the turtle and Brendon is committed to rescuing him. Brendon chases Dom around the backyard everyone laughing at the play and having a good time. 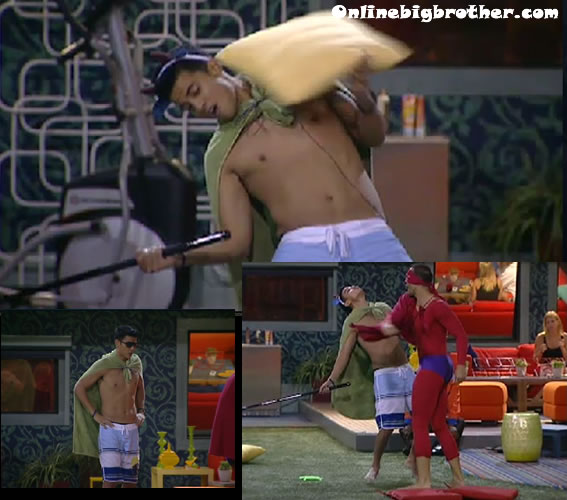 9:40pm screwing around outside 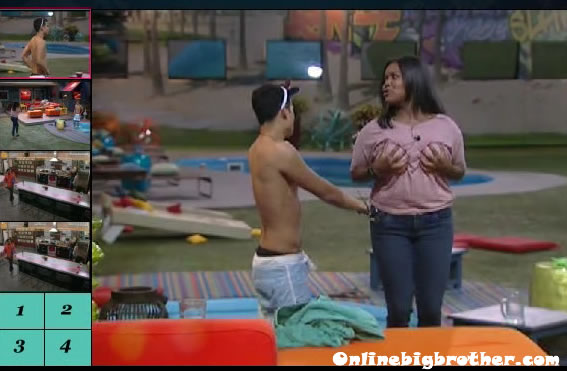 was dani this out going in season 8 ?

I didn’t think so
Maybe because ED isn’t around