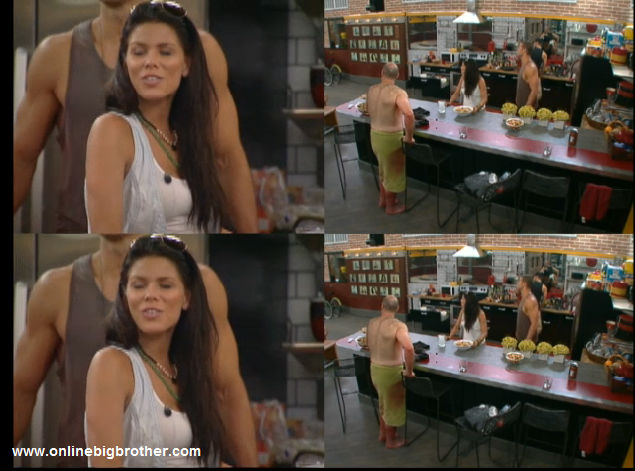 1:55pm When the live feeds come back from showing TRIVIA, All the houseguests are in the kitchen talking and making lunch. They talk about how the competition was about winning flavours. Adam tells Dani that he will trade his jerky for her golden key. America voted to give the havenots Jelly beans and Jerky! Dominic asks how many people do you think take the time to vote for the food we eat. Brendon says probably a lot! Dani talks about how excited she is that she will be able to sleep because there wont be any snoring because the snorers will be in the HaveNot room. So that means Adam and Dominic are HaveNots. Up in the HOH room Lawon comforts Kalia and tells her that he just wants to make sure she is okay. Cassi and Shelly are talking in the havenot room about how they tried really hard in the competition and that its just a game. They are talking about how Rachel acted in the competition. Shelly says that Rachel needs to put her big girl panties on and grow up! Shelly says that Rachel was over in the bush puking for a half hour. Shelly says that they all had to eat it …and it wasn’t that bad. Sounds like the HaveNots this week are Adam, Dominic and Shelly, Cassi AGAIN! 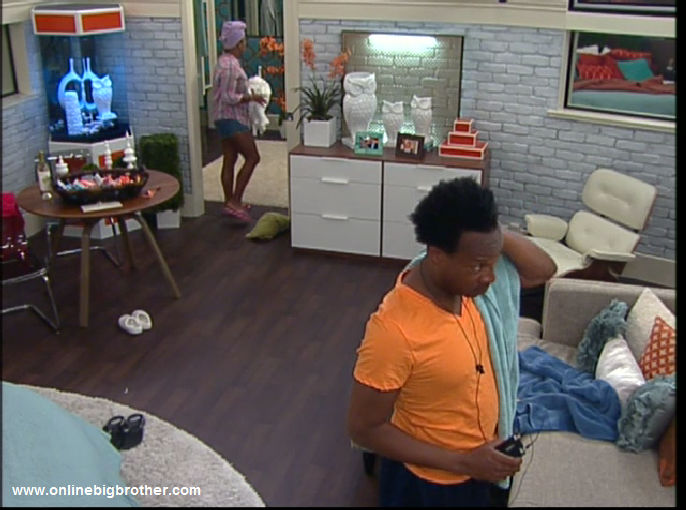 Damn…I was really hoping rachel and brendon would be havenots. Cause i would think that Rachel would be extra pissy with everyone and start some shit.

Erm…pretty sure she doesn’t need to be have-not to be that. She’s ALWAYS pissy and annoying.

Oh shit Rachel was puking for a half hour, most-likely to get out of being a have not pretending to be sick what a pathetic bitch.

Seems like that they all had to weird stuff fear factor style. Rachel shouldn’t be new to barfing in the corner tho…after all she IS Vegas. Bummer Brenda & her didn’t become Havenots. But even tho I’m not a huge fan of Cassi (she’s nice to look at tho) cos of her poor game play, it def sucks to be a have-not 2 weeks in a row.

As much as she had in her mouth, anything they have to eat in the BB house is 2nd in comparison.

LOL what are you implying gee I wonder LOL

YES!! Shelly is a HaveNot again..maybe Dom can confront Adam now and find out that the deceiver was Shelly.

I’d like that. I want to see how Dominic reacts and behaves after all that spouting of his erroneous theories (unless he did that on purpose to mislead people). Annnnd… I’m not feeling Shelly so far, so I want her deception discovered. Everyone who has been “messy” should be on blast right now, haha.