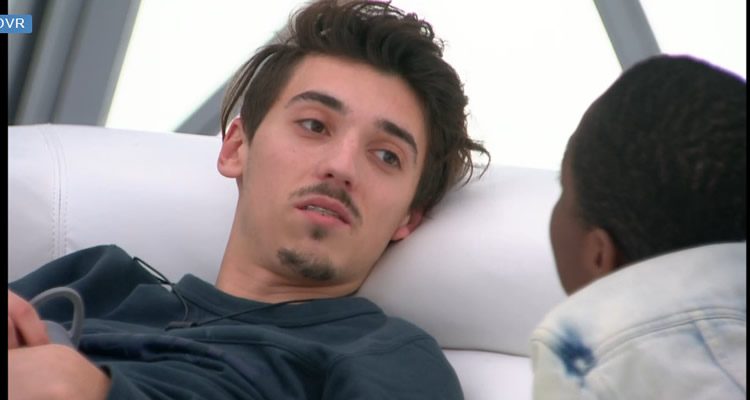 Power of Veto winner is : William

12:26am Feeds back Ika and Demetres
Demetres says he told Cassandra he’s not getting the vibe in the house that the votes are there to keep her.

Demetres brings up JOn glettign Neda go on his season and how he could never do that to Ika.
Demetres – I thin it’ll be way cooler to have me and you final 2 .. .
Ika says she trusts him 100% and has never hated him.
Demetres says he had to wear Andrew’s costume (From bb2) “I thought Andrew was a big guy” Demetres goes on about how Andrew’s costume didn’t fit him because of all his muscles.
Demetres says he can totally see the Kevin, William, Gary thing now after Gary pointed it out last night.
Ika says Gary and Kevin made out last week. (ohh shit)

12:36am Neda and Sindy
Talking about how awesome they are doing in the game.
Neda says what Cassa was doing today was “So F***d up” by blocking the view to the memory wall
Sindy says Cassandra looks like a idiot because the challenge had nothing to do with the faces
neda – I can’t do the petty little digs..
Neda – She talked to Bruno .. was like I don’t know If i’m going to fight for this week… she doesn’t want to be here really..
Sindy says CAssandra did well in her season because the cast was weak.
Neda – HOH is awkward man.. William looks kinda scared i’m not going to lie..
Sindy – he was so competitive
Neda – his memory
Neda says she doesn’t think William will use the veto.

12:48am Kevin and Jackie
Kevin doesn’t see Cassandra getting 6 votes to stay.

(Jackie and Kevin after POV)

Kevin and William.
William tells him he’s not using the veto and that Slop states like vagina. 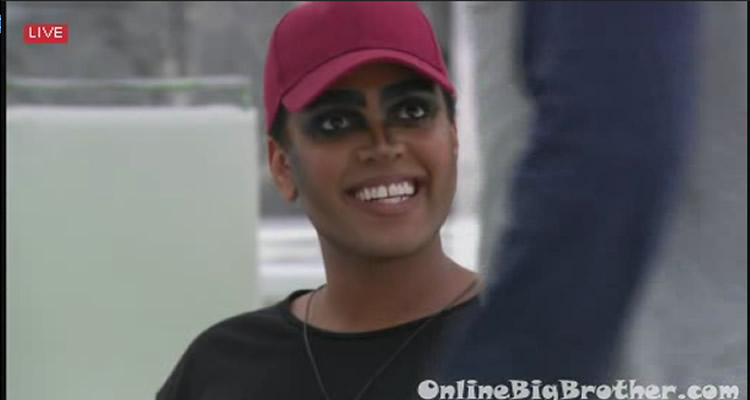 Wow simon after seeing William win I can see your kraken consumption has gone up. Andrew from ccan3? Must be bbcan2 cause that’s the Andrew I try to forget like the first 5 alliance…..

Jk, my money was on Ika to win, Thanks for the updates to see William with a target for a memory comp in something he didn’t need to win makes me see him or dre going home sooner rather then later. happy Saturday.

Simon(@simon)
Reply to  Guy From Canada

Hey Guy from Canada, you’re right it was Andrew from season 2.

Lol @ Neda. She can’t do the petty digs? Isn’t she the one who dumped the condiments on the slops eaters in her season? Hello Kettle!

Congratulations to Invisiwill. You’ve won veto. Now you get Cass trying to manipulate you.

Simon, your pictures you’ve been posting of Gary have been priceless. Thank you.

William is getting plaaaaayed by Kevin. Did he not watch season 3??? Kevin did the same thing with Johnny. Dumb.
Cassandra’s only hope is to get Ika, Demetres, Gary, Dre, Will and Karen I think… But Will’s going to get persuaded by Kevin anyways so I don’t know if that would even work.