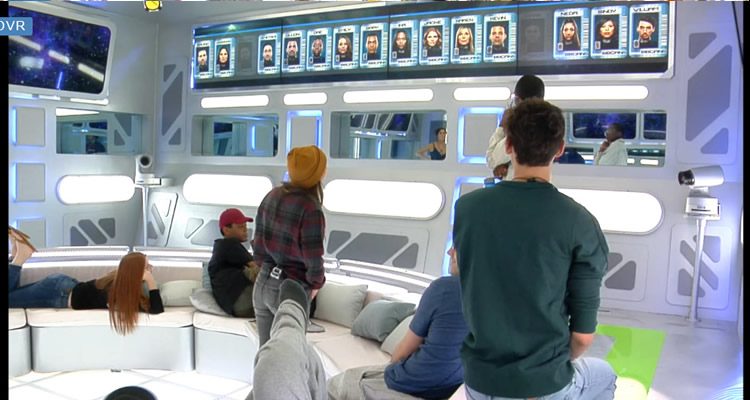 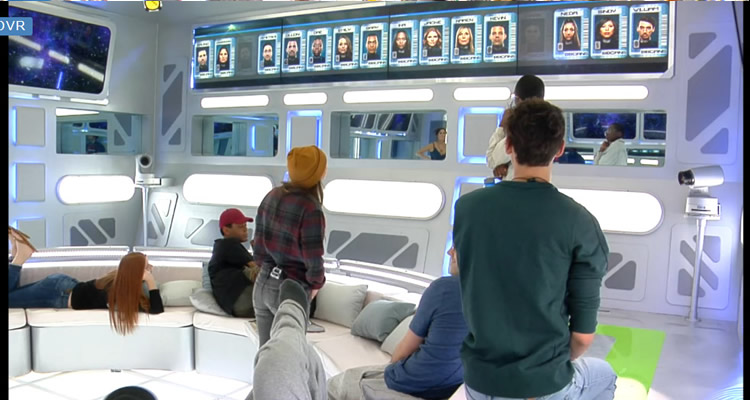 1:20pm Demetres and Ika
Ika – Gary thinks Neda has a hold on you over me..
Demetres – I have no idea what is going on in here.. do you think that will be a storyline..
Demetres could see Kevin being agy a little bit, “it’s straight up none of my business”
Ika doesn’t thin Kevin is interested with Gary.
Cassandra comes by and says she thinks the power of veto has something to do with their faces because the memory wall was revealed today.

Ika and Cassandra HOH
Cassandra says Neda is throwing her under the bus to Jackie, Dre and Karen.
Cassandra – If I don’t win the Veto that’s fine.. I’ll go home.. it’s fine.
Ika – I don’t want you to go home seen as a liar
Ika says she feels bad that Neda is doing this.
Cassandra says Neda called her out said all the words that comes out of Cassandra’s mouth is “Bullshit”
Ika – She talked to you that way
Cassandra – I valued her relationship./. I wanted to work with Neda.
CAssandr a- If I don’t win this Veto I’ll just go with my head up high I’m not going to make myself look liek a idiot.
Ika – jackie is screwing you over..
Cassandra – I am loyal to you I am Loyal to Gary.. Neda f***ed me over, Neda wants me out of this house.

when is the veto?

Wow ! What a weak pick of players for the veto competition … Cassandra may actually have a chance to win it … the only one that’s really standing in her way of winning it is Neda ….

Allison went out in an instant eviction after losing a tie breaker HOH to Neda. Allison’s (along with Sabs & RoRo) downfall was not keeping Arlie over Adel when they controlled the eviction vote the week prior. (Well, she was doomed from the start because of the way she entered the house. But that is a given.) How is that at all similar to Jackie’s position in the house?

I’m going to try to be objective. I think Dre is not bettering her game by making herself so obvious as a Cass supporter. It tells William that his safety in the game is less relevant to Dre. If Jackie stays, it’s more obvious that Dre didn’t support her. I heightens her profile to others, where she was more under the radar before.
There is the possibility there will be a podium pov…. but last season week three was the divergent wall; season 3 was instant week three then the spooling around comp; season 2 was nuts to that comp. History is not on the side of a podium pov. but possible.
In terms of campaigns: Jackie is pooched as she tries to get her allies to let bygones be bygones with the people they have been targeting. Cassandra is pooched if she keeps trying to play innocent / never manipulated. All of her allies know she’s tried to get them to lie for her to spread dissent in the past two weeks.
Finally, Neda needs to get her butt out of the hoh room and quit hiding from everyone. That didn’t work so well for Loveita last season, did it?
Is Neda justified in targeting Cass? Yes from her information, Cass is the one most after her. From our information we know Cass and Gary have said she has to go the minute her immunity is over. So for Neda, it is the best move. Will it happen? not as long as she sits in her ivory tower letting Cass gather the peasants to grab their torches and ready the bastille.

bbc5fan
Reply to  another name

I think Neda is putting too much trust in Bruno and Kevin. They will be the ones that get her out.

Neda looks like something from Fraggle Rock LMAO!GO CASS GO!!!!! Hope she wins the veto.

And Fatsandra looks like something from my 600 pound life. Go Neda Go!

Neda is so cocky this time around.. puke. Hope Cassandra win’s veto.